Although it is an all-time classic and a staple of karaoke evenings, before he had a hit with the song American Pie, Don McLean admits, ‘I was almost out of the business’.

His latest recording deal had fallen through after the record company had gone bust.

Instead, he put out his second studio album American Pie in 1971. It went gold within months and the title track remains one of the most popular and enigmatic songs ever written. 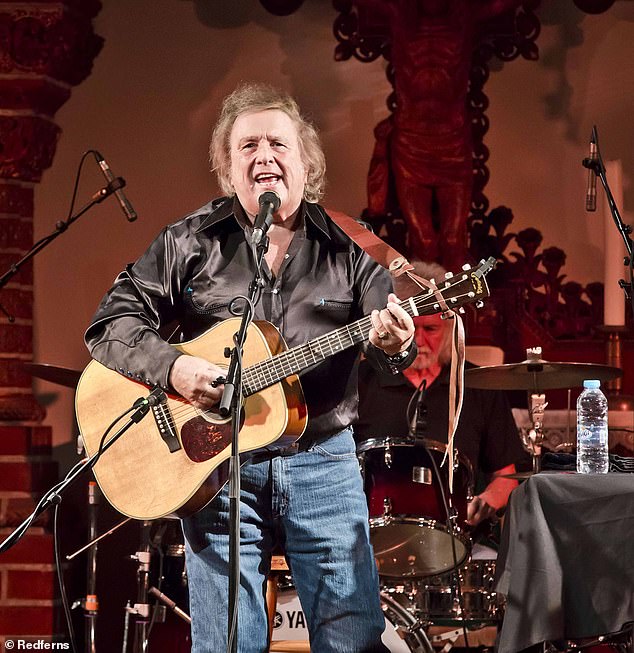 Paris Dylan, 25, has been dating musician Don McLean (pictured), 73, for around two years

It’s been covered by everyone from Madonna to Chris de Burgh, though to paraphrase its lyrics, the day the music really died was when the kids from 70s TV series The Brady Bunch recorded a version so off key, it has to be heard to be believed.

It even pops up in the TV series Friends, where Phoebe dates a man who can speak no English, but knows the song perfectly.

‘I watched that and I really like Phoebe. She’s very funny,’ says Don. ‘But what I really want is someone to do a rap version. It’s a song that’s really lasted and I had no idea it’d be so successful. It’s done OK for me.’

‘OK’ is an understatement. The original handwritten lyrics sold at auction four years ago for £800,000, while McLean is said to have made around £120 million in his 50-year career.

‘I don’t want for food on the table, put it that way,’ he says. ‘I’m 73-years-old, and I never thought I’d live this long. It’s my happiest time right now, without doubt.’

The main reason for his current happiness, one imagines, is sitting at the table across from us, dressed in skintight black leggings and sporting a serious piece of bling on her ring finger.

Paris Dylan, a Playboy model, has been dating Don for around two years, shortly after his second marriage ended, and at 25, she is 48 years his junior. 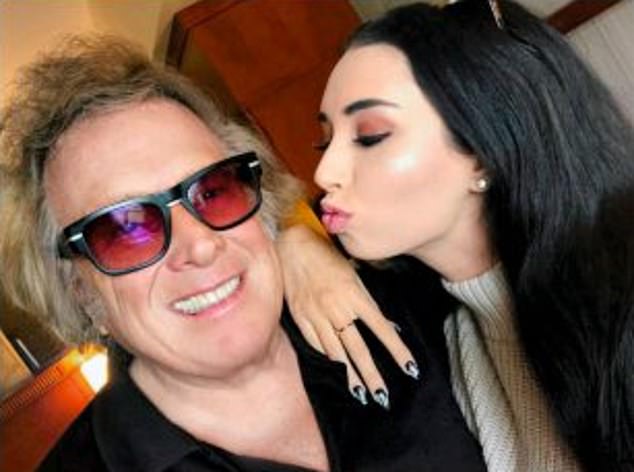 Though he has previously been coy about Paris, refusing to even confirm their relationship, today he chats happily about her – little wonder given Paris’s exceedingly pneumatic charms, seen in bikini shots on her Instagram account.

‘I have a great girlfriend and she travels everywhere with me,’ he says. ‘We went to 85 cities last year and we’ll go to around 85 this year. We go everywhere together and she’s so helpful. She does everything I need, we have a very good situation.’

They met when Paris was hired to manage his social media accounts and have been together ever since.

Was it love at first sight? Paris nods enthusiastically. ‘Oh, I liked him for a long time before I met him,’ she says. ‘About seven or eight years before. My mum listened to him, I loved his music.’

‘But Paris loves a lot of artists,’ adds Don. ‘I’m not her only love; she’s got many others.’

While Don is measured in his compliments (‘Paris is unique. She’s not like anyone else I’ve met’), Paris’s praise for her beau is more fulsome (she refers to him in one of her Instagram posts as ‘my baby, my beauty, love of my life, my everything’).

There is, though, the slight matter of the near 50-year age gap between them. Does it bother them? 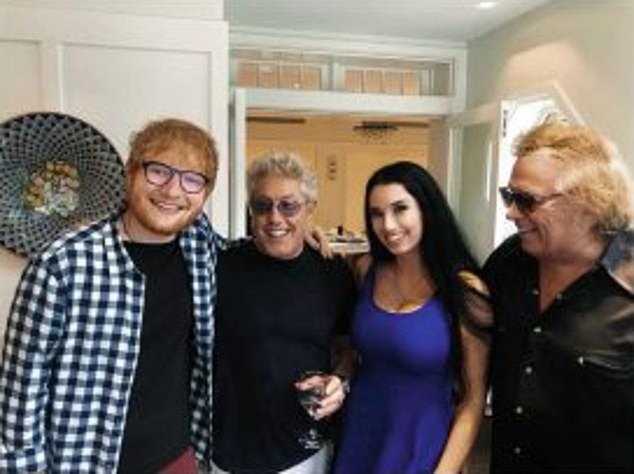 ‘I don’t care about it and she doesn’t either,’ he says. ‘We’re having a good time. Needs are being met, as a friend says. And we have a great time together, don’t we?’ he says, turning to Paris, who nods happily.

‘She takes care of me and there’s a lot to take care of – the social networking and Facebook and everything. She’s always taking videos and photographs.’

Indeed, Paris recently filmed her boyfriend and Ed Sheeran backstage at a charity concert singing an acoustic duet of Don’s hit Vincent (Starry, Starry Night), which went viral. ‘That wouldn’t be out there for people to see without her.’

Since they’re both sporting fabulous rings, does this mean they’re married, or at least engaged?

They have both met each other’s families, he says, though one wonders what the McLean side feels about things.

His second marriage to Patrisha Schnier lasted 29 years and produced two children, but ended in ignominy three years ago, shortly after Don was arrested at their home in Maine.

In her police statement, Patrisha claimed, ‘Don terrorised me for four hours until the 911 call that I think might have saved my life. He was scaring me with the intensity of his rage and the craziness in his eyes.’ 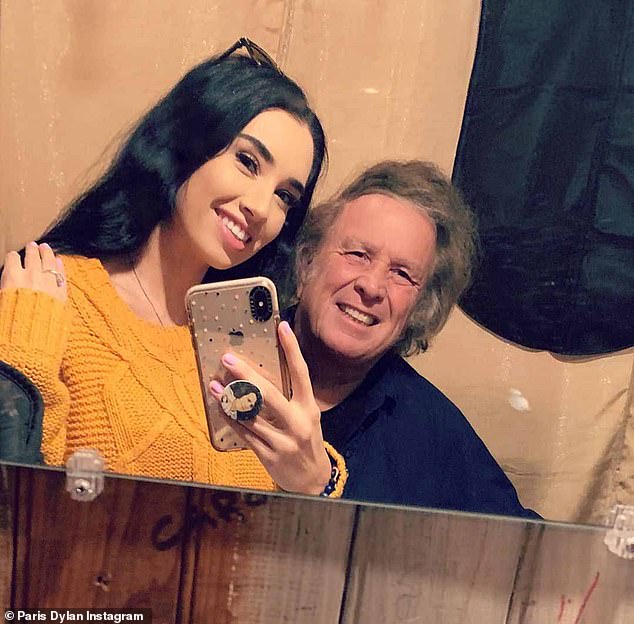 A few months later, Don pleaded guilty to domestic violence and, as part of a plea bargain, avoided jail.

He later wrote, ‘There are no winners or losers but I am not a villain’ and insisted, ‘Not one person came forward to corroborate anything that was said about me… and it was spread all over the world’.

When asked now about his marriage, he replies, ‘My ex-wife makes Joan Crawford look normal. Now it’s time to move on.’

Moving on for Don has meant an extensive tour of the States and we meet prior to his show in Los Angeles, where his rehearsal includes a flawless rendition of Johnny Cash’s Folsom Prison Blues.

In August, he returns to the UK to perform. ‘I feel an affinity with Britain, although they run a lot of peat fires there and I get sick if I’m over there for more than a month, as I get bronchitis from being in cities,’ he says.

‘I live in the desert in California and in the woods in Maine. It’s tiring staying at home for too long, though. I enjoy travelling.’

His father, also called Donald, was Scottish, hence the affinity with the UK, although his death when Don was just 15 had a profound effect on him.

‘I had a terrible agony, but also a perverse glee that I was free to do anything I wanted,’ he admits.

‘My father thought the arts were for strange people, not for a real man. My identity was already musical many years before he passed away, so he never really approved. 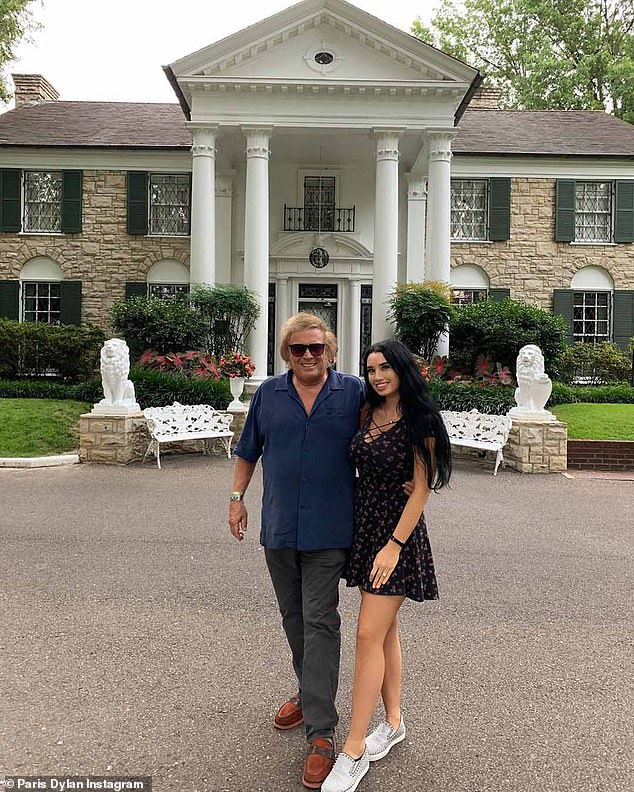 The musician is set to return to the UK in August, and said he feels he has ‘an affinity’ with Britain

‘I felt guilty about feeling that happiness that he wasn’t there to say anything about my music. But any time a parent dies, it rocks your world. I went off and found a stable world in New York’s Greenwich Village.

‘It was full of crazy people, guys using drugs, but also full of creative, loving, supportive people who liked what I did. It was exciting to be around them.’

His debut album, Tapestry, had been rejected 72 times before being released in 1970 (one track, And I Love You So, was performed at Harry and Meghan’s wedding reception), but it was second album American Pie that cemented his fame.

It featured songs such as Vincent and The Grave – later recorded by George Michael as a protest against the Iraq War – but the title track still fascinates some 48 years on.

Referencing the 1959 plane crash that killed singers Buddy Holly, Ritchie Valens and ‘the Big Bopper’ JP Richardson in the line ‘the day the music died’, the track came about, says Don, ‘because I wanted to write a big song about America. I wanted to combine rock ‘n’ roll and politics.’

It captures the sense of a country moving in the wrong direction – a feeling similar to now, according to Don.

‘Right now is a little scary, there’s no compromise,’ he says. ‘Both parties are getting more radical and if that ain’t the wrong direction, I don’t know what is. I don’t like politicians.’

‘They’re mechanical people who’ll do anything to get power. But it’s nothing personal,’ he grins.

Indeed, he keeps to himself these days. ‘I’m not very good at networking – the only numbers in my phone are for my plumber and carpenter. I just try to have a good time,’ he says, grinning at Paris.

‘And anything that isn’t fun, I just stay away from it.’

For details on Don’s UK tour visit don-mclean.com and facebook.com/DonMcLean

How Fixing Your Teeth Can Fix Your Face
Entertainment