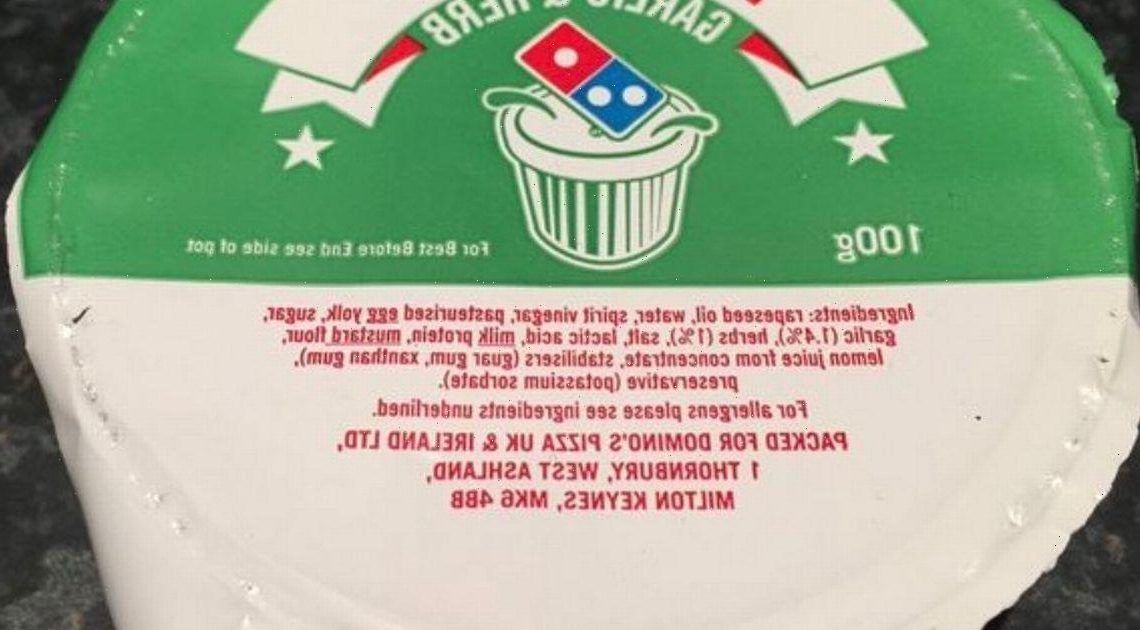 A new law states that all restaurants with more than 250 staff must now print the number of calories that are in each of the meals on their menus.

The plan has been brought in to help fight obesity and improve the ease at which people, especially younger ones, can make good choices about their diet.

All non-prepacked food and drinks must now display the information, although many large chains across the country already do this. McDonald’s, for example, has been writing the information down for over 10 years.

With this new law in mind, many of the meals we take for granted could be about to have a new light shone on them, having previously avoided being looked at in terms of calories.

Read on for a list of some of the most surprisingly unhealthy foods with shockingly high calories, as reported byWalesOnline.

Domino's can be high in calories, everyone knows that. But what you might not know is that a seemingly harmless and oh-so-delicious pot of garlic and herb is also very calorific.

At 169 calories per 25g pot, this is not to be underestimated – and most people have it in them to get through more than just one!

Meanwhile, the 100g big dip has four times the amount of calories – coming it at a whopping 675.

That's more than two McDonald's cheeseburgers, one of which is 263 calories.

You likely already knew your BigMac was on the calorific side, but at a whopping 508 calories, this is a seriously substantial bit of food.

Add in your chips at 337 calories and a coke at 170 and you’re starring down the barrel of around half your calories for an entire day.

A takeaway classic, and one consumed at a huge rate up and down the country. But be wary of this tasty treat, which comes in at a massive 50g of fat and 800 calories.

That’s before your naan bread and mandatory lager, so enjoy every once in a while as a treat.

The definition of British cuisine, nothing says cosy Sunday nights like a roast – but these mammoth meals come with a big calorie count.

A full plate with all the trimmings comes to around 850 calories.

Got a hangover? Yes. Got a burning craving for a fry up? Yes. That sounds incredible but bear in mind that your average full English comes with 807 calories in tow – along with 63g fat, 18g saturated fat and 4.52g salt.

A mainstay of the English diet, particularly in the southwest, a Cornish pasty could easily be regarded as a simple snack due to its size and lack of plate.

However, this belly buster contains 21 grams of saturated fat (you’re meant to have 20 per day), as well as 45 grams of fat and 774 calories.

Ah, a British favourite. Deep-fried fish with deep-fried chips with a deep-fried sausage, maybe even a Pukka Pie.

However, before you start getting carried away, the fish and chips alone will provide your body with around 840 calories, making this something really better enjoyed as the occasional treat.

There’s obviously some room for manoeuvre here with not every dish being the same.

If you were to go with the classic combination of spring rolls, sweet and sour chicken and a portion of egg fried rice you’re looking at a whopping 2,184 calories. AKA roughly the full Guideline Daily Amount for an adult.

A pint or glass of wine

A single glass of wine has in it a huge 190 calories, while a pint of lager contains around 180 – roughly the same as two digestive biscuits.

That 180 is also roughly equal to a slice of pizza – if you’re watching your weight think before you drink.

If you go for a large, which it is safe to say many of us do, then you will be looking at a whopping 433 calorie dump – roughly the same amount of calories as you’d burn on a 30-minute run.

The best hair oils from £10 to shop in 2022, according to Holly Willoughby’s hairstylist
Entertainment