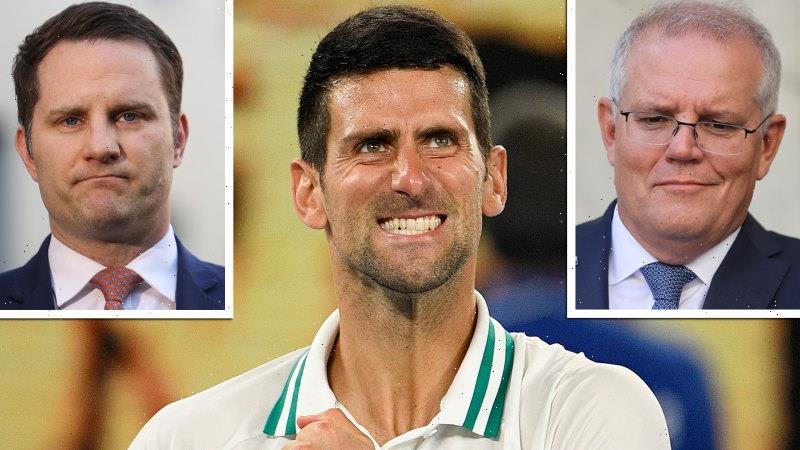 Novak Djokovic’s chances of defending his Australian Open tennis title are up in the air for at least another day with Immigration Minister Alex Hawke yet to make a decision on whether to cancel the world No.1’s visa after he won a legal battle to stay in the country.

The saga will drag into its sixth day following revelations the federal government is looking into whether Djokovic lied on his travel entry form when he said he had not travelled in the previous 14 days. 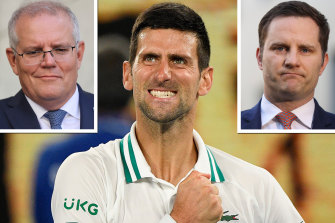 The Federal Circuit Court on Monday ordered, with the consent of both parties, that Djokovic’s visa should be reinstated because he was not given enough time to prove he had a valid COVID-19 vaccine exemption.

Mr Hawke could use his personal power under the Migration Act to cancel Djokovic’s visa on public health grounds, but his office on Tuesday afternoon confirmed the minister was still considering the matter.

A spokesperson for Mr Hawke said: “In line with due process, Minister Hawke will thoroughly consider the matter.

“As the issue is ongoing, for legal reasons it is inappropriate to comment further.”

The federal government insists it was right to cancel Djokovic’s visa last week on the basis that a prior COVID-19 infection in the past six months is not a valid reason to have an exemption for being unvaccinated. The court never ruled on that question because the federal government conceded it did not provide Djokovic procedural fairness.

“Federal Immigration Minister Alex Hawke has the power, under Australian law, to cancel Novak Djokovic’s visa. No amount of comment by Judge Anthony Kelly can deny the minister’s power,” he said.

“If the law requires everybody entering Australia to have two COVID-19 vaccinations, with appropriate time separation between the first and the second and, if Djokovic cannot meet this test, then his attempt to stay in Australia must fail. That will be minister Hawke’s call and it should be made.”

It also emerged on Tuesday that Djokovic’s lawyers, Hall & Wilcox, revealed they had to give him an exemption to attend their Melbourne office because it usually allows in only vaccinated people.

“The attendance was in accordance with our COVID-19 vaccination policy, under a medical exemption approved by our COVID officer and managing partner,” the law firm said.

Federal government sources confirmed they were looking into a discrepancy on Djokovic’s Australia Travel Declaration.

On the form, Djokovic stated he had not travelled in 14 days prior to his January 6 arrival in Australia. Djokovic had in fact been in Belgrade on Christmas Day and was then spotted training in Marbella, Spain on December 31 and again on January 2.

Spanish Foreign Minister Jose Manuel Albares said on Tuesday that he did not have any information on whether Djokovic had visited Spain before travelling to Australia.

Asked by a reporter if he knew whether Djokovic had entered Spain in December, potentially highlighting the discrepancy in the player’s declaration on entering Australia, Albares responded: “I have no record of the presence of Djokovic. We have not been contacted by the Australian government to request such documentation.”

Serbia is outside the European Union and Schengen zone, meaning any travel from Serbia to Spain should have required passport processing.

All travellers arriving in Australia are asked if they have “travelled or will travel in the 14 days prior to your flight to Australia”. They are also warned: “Giving false or misleading information is a serious offence. You may also be liable to a civil penalty for giving false or misleading information.” The maximum penalty is 12 months’ imprisonment.

Djokovic told border officials that Tennis Australia completed the Australian Travel Declaration on his behalf. It is not clear whether this could save him from falling further foul of border officials.

Questions about Djokovic’s travel declarations emerged on the same day his brother refused to answer questions about the player’s attendance at functions in the days after court documents state he tested positive to COVID-19.

His lawyers say he took a PCR test at 1pm on December 16 and received a positive result about 8pm.

On December 17, he attended an award ceremony with junior tennis players without a mask, photos of the event show.

French newspaper L’Equipe reported Djokovic was in a photo shoot with one of their photographers on December 18.

Serbian regulations dictate a person must isolate for 14 days if they become infected, meaning his quarantine period would have ended on December 30.

Asked at a press conference on Tuesday morning whether Djokovic tested positive on December 16, the player’s brother, Djordje, said: “Yes, the whole process was public and all the documents that are public are legal.”

When asked a follow-up question about why Djokovic was at a public event the next day, his brother said the press conference was “adjourned” and family members stopped taking questions.

Asked on Tuesday (local time) about Djokovic attending the Belgrade Tennis Association event on December 17, Serbia’s Prime Minister Ana Brnabic said the star would have “clearly violated the rules” had he known of the test result before he participated.

However, additional clarification was needed, she said: “I don’t know when he received the test result, when he read it.”

Despite having spoken with Australian Prime Minister Scott Morrison, Ms Brnabic said she was neither optimistic nor pessimistic about Djokovic being allowed to stay in the country.

“I hope that final decision will be announced soon,” she said. “Uncertainty is not good for any of the stakeholders, neither Djokovic nor the Australian Open.”

Djokovic’s lawyers claim the player tested negative on a PCR on December 22, six days after his positive result. Infected people can test positive on PCR tests, which are more sensitive than rapid tests, for weeks or months, raising questions about how Djokovic tested negative so soon.

Deakin University Associate Professor Hassan Vally and the university’s chair in epidemiology, Catherine Bennett, said it might have been possible for him to test negative on December 22 if his first test on December 16 was taken towards the middle or end of his infection rather than the beginning.

Djokovic’s lawyers have said he had no symptoms before being tested, prompting Associate Professor Vally to ask why he got tested in the first place.“He could have been positive the whole week before [December 16], so the timeline might fit,” he said.

“The variability, incubation period and how long people have virus in their system varies so immensely.”

The less sensitive versions have lower cut-off levels for detection and can determine when somebody is no longer infectious, whereas the more sensitive tests can detect the virus for three months.

“For some people who get tested late in their infection and test positive, they could test negative the next day,” she said.

Mr Morrison described his call with Ms Brnabic as “constructive”, saying he had explained Australia’s border policy was non-discriminatory and was crucial in protecting Australia during the pandemic.

”They both agreed to stay in contact on the issue, and to further strengthen the bilateral relationship,” a statement from Mr Morrison’s office read.

News, results and expert analysis from the weekend of sport sent every Monday. Sign up for our Sport newsletter.