If you’re anything like me, you’re pretty stoked about the new live-action The Lion King movie slated to hit theaters this summer. To help get you in the mood for the movie’s release on July 19, 2019, Disney is debuting The Lion King-themed food, drink, and merchandise, which will be available at Walt Disney World for a limited time. Seriously, Disney’s The Lion King food and drink offerings at Animal Kingdom will help you get in the mood for the highly anticipated remake, and you’ll score some sweet treats along the way.

Starting on May 24, 2019, Disney’s Animal Kingdom began serving up various The Lion King offerings to get fans ready for the film’s release. From Dole Whip, to boozy beverages, to "Hakuna Matata" shirts, Animal Kingdom has pretty much transform into a paradise for Lion King fans. Not only do the new treats look tasty AF, but they’re super Instagram-worthy, too.

There are several different locations within Animal Kingdom where fans can snag these treats for a limited time. At Tamu Tamu, guests can get a Simba Ice Cream Sandwich made with vanilla ice cream between two chocolate chip cookies and decorated with an all-chocolate an image of Simba. Tamu Tamu is also featuring the Simba’s Sunset Dole Whip, a Pineapple Dole Whip topped with a watermelon and coconut red syrup, and its alcoholic iteration, the King’s Cooler, which has rum added.

Yes, you read that right. Per the Disney Parks Blog, the King’s Cooler (which is like a grown-up Simba’s Sunset, because rum) is described as having "Pineapple Dole Whip with rum," and, like its Simba counterpart, it’s "topped with red syrup made up of watermelon and coconut." 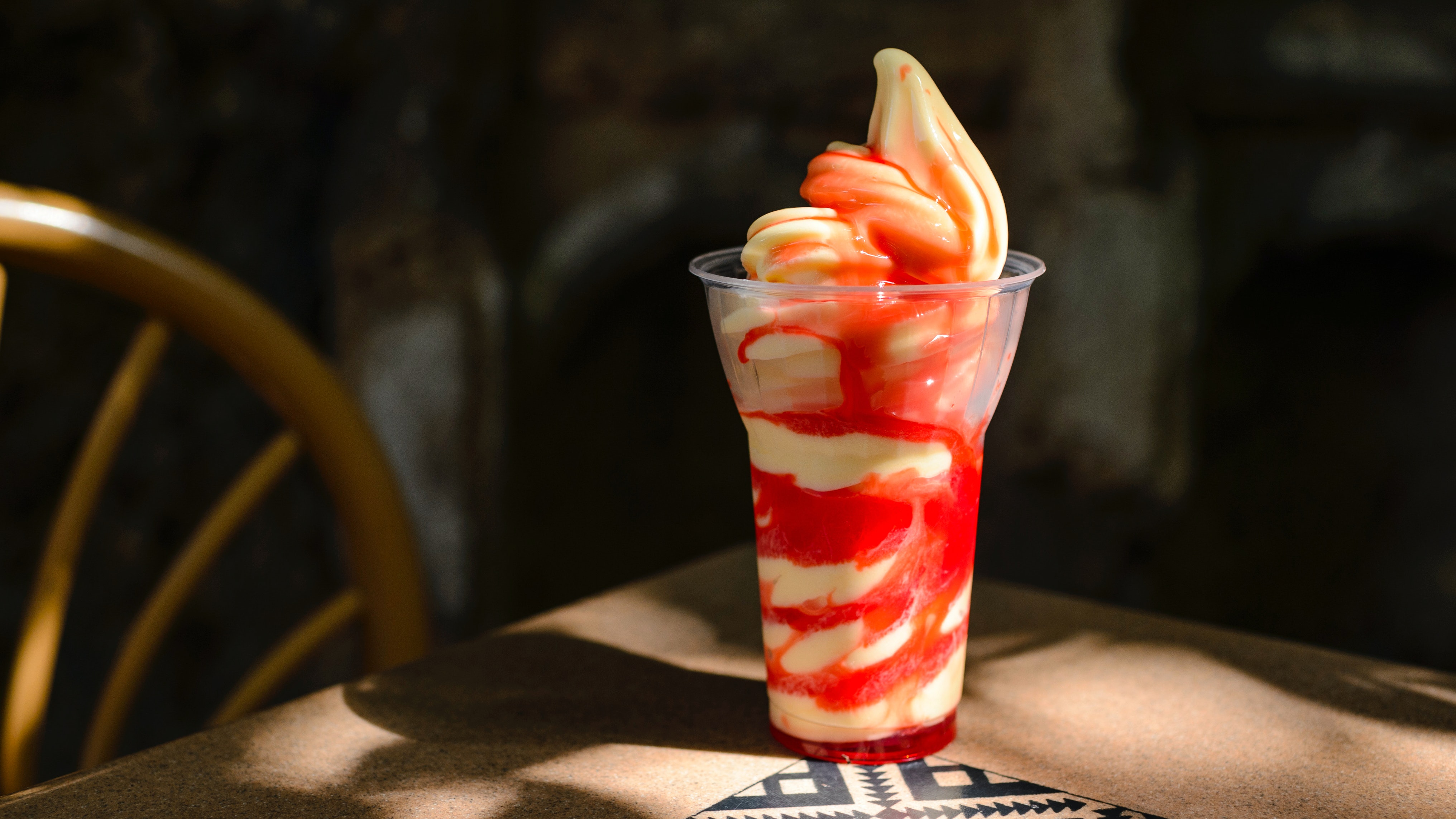 While the Simba’s Sunset Dole Whip and King’s Cooler are pretty worthy of making your ‘Gram feed, The Shave Cart near Harambe Market is featuring the Asante Slush, which is might be even more Insta-friendly, even if it booze-free. This shaved ice treat is topped with watermelon and passion fruit-mango syrup, and it looks like a full-blown sunset in a cup. 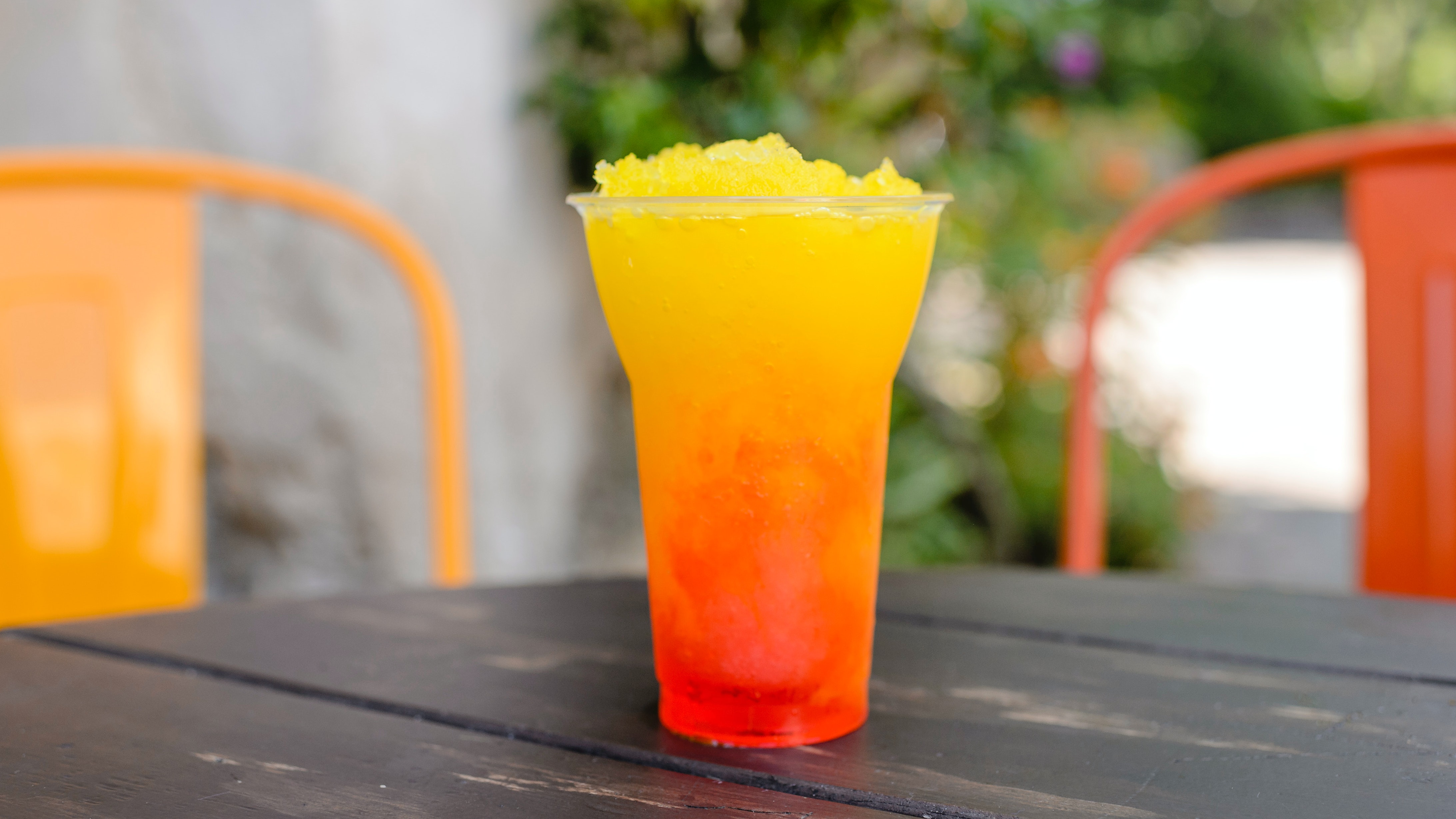 If you’re a wine lover headed to Dawa Bar, Harambe Market, or Boneyard Bar t0 check out the ruby red Serengeti Sangria, which is a red sangria that will surely help cool you off on a hot summer day. Another great way to cool off? The Bugs ‘n Grub Waffle Cone, an ice cream treat paying homage to Timon and Pumba’s bug-eating ways. The Bugs ‘n Grub Cone comes with chocolate soft-serve ice cream in a green cone and is topped with cookies and cream “dirt” crumbles, gummy worms, and a chocolate beetle. This bug-themed cone is available at Anandapur Bus and Trilo-Bites. But my personal favorite The Lion King-themed sweet in the park has to be the Simba Cupcake, a yellow vanilla cupcake filled with white chocolate mousse, topped with buttercream, and topped with an edible Simba decal sporting a mane made of orange and yellow icing. While cupcake Simba is undeniably cute, I’m also very excited about giving the King’s Cooler’s rum-infused Dole Whip a taste. If you happen to be exploring Disney for a couple days, you might want to try another boozy Dole Whip concoction available at Disney’s Polynesian Village Resort in Orlando, Florida. The Corazon Blanco Tequila Frozen Margarita, which is made with blended Dole Whip Lime and Corazon Blanco Tequila, debuted on May 5 for Cinco de Mayo, per Disney Parks, so you might still be able to give it a try.

Even if you can’t try the Lime Dole Whip marg, all the Lion King-themed goodies and merch will be available at Animal Kingdom from May 24 through the end of summer, according to Disney Parks. So, grab them while you can. A new movie and delicious food to accompany it? Seems like a win-win situation to me.

The Most Popular Sex Toys at 12 Retailers