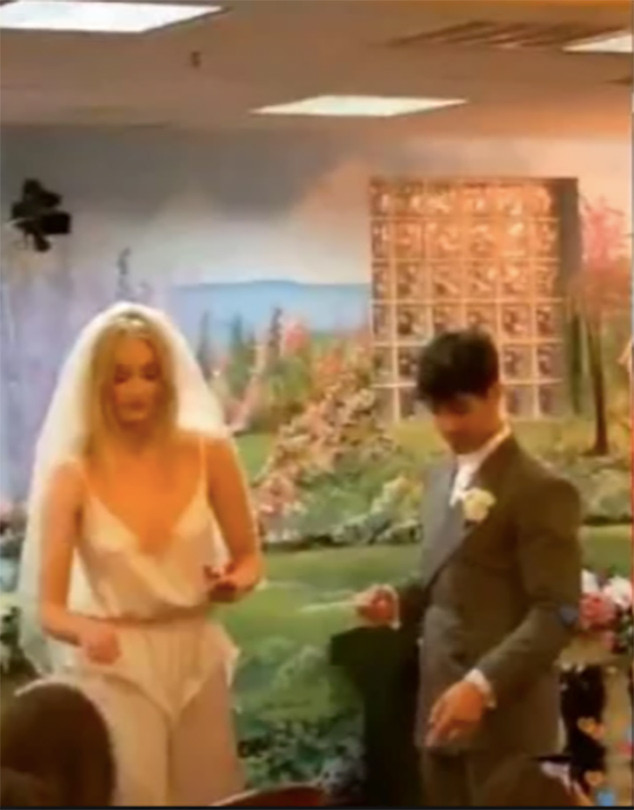 Diplo is sharing his side of the Joe Jonas and Sophie Turner Las Vegas wedding livestream debacle.

As fans well know by now, the Jonas Brother and Game of Thrones star unexpectedly tied the knot at the start of last month in Sin City after the 2019 Billboard Music Awards. One of the reasons the world found out about the nuptials was because the famed DJ shared it live on his Instagram Story as an Elvis Presley impersonator officiated the ceremony.

Since then, the new husband and wife have sparked headlines with comments on the matter, Joe saying during a radio interview on Capital Breakfast with Roman Kemp, “Yeah, he did ruin it. I love Diplo, but he loves his ‘gram more than a 13-year-old…We just laughed. We loved it. We thought it was ridiculous.”

As for the new Mrs., Turner told NET-A-PORTER’s PorterEdit she thought it was funny, but also would have kept the wedding a secret had it not gotten out on Diplo’s Instagram feed.

Now, Diplo has further weighed in on the scenario, telling Ryan Seacrest, “I didn’t know it was a serious wedding. I really didn’t know it was going on.” The star explained he was hanging out with Jonas after the award show when it happened and there were “mad people with cameras.”

“I didn’t know I was like the only person recording this thing,” he said.

However, everyone can rest easy because there are no hard feelings between the pals and musical colleagues…well, that’s not what Diplo wants you to think.

“There was a story that came out that he was like mad about me,” Diplo said on On Air with Ryan Seacrest. “He called me today to apologize.”

“Guess I’m ruining it now because I was going to continue to have beef with him,” the DJ added. “Pay attention to me and Jonas’ beef because I’m coming for him.”