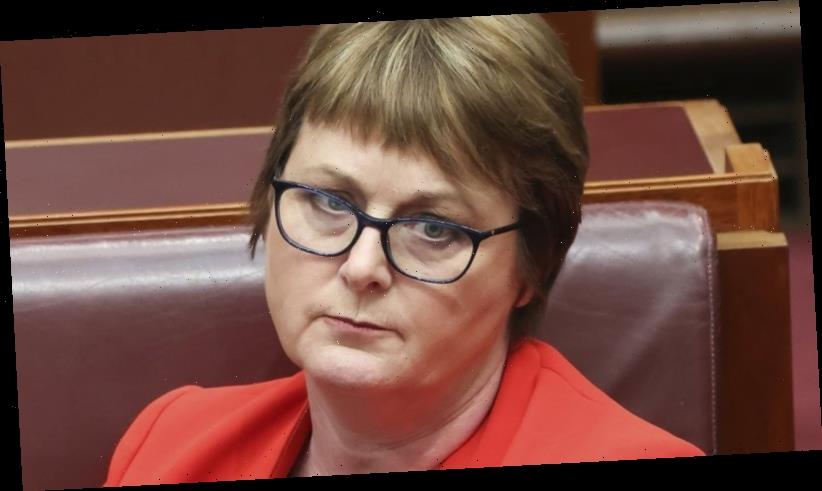 Defence Minister Linda Reynolds will pay damages to Brittany Higgins as part of a defamation settlement over calling her former staffer a “lying cow”.

Ms Higgins, who alleges she was raped by a male colleague in Senator Reynolds’ office in March 2019, will donate the money from Senator Reynolds to a sexual assault support group in the Canberra area. 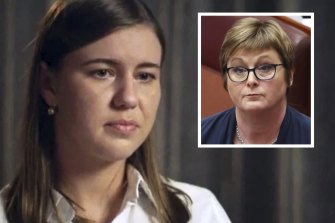 Brittany Higgins alleges she was raped by a colleague in Defence Minister Linda Reynolds’ office at Parliament House in March 2019.Credit:Channel Ten/Alex Ellinghausen

The Defence Minister called her former staffer a “lying cow” in remarks to her staff when the alleged rape became public last month. She has maintained she did not make the comment in relation to the rape allegation but in reponse to news reports about her handling of it.

Senator Reynolds apologised a day after the comments were reported last week, but on Friday issued another statement saying she wanted to retract the comment and “unreservedly apologise” to Ms Higgins.

The Defence Minister has not denied she made the remark about Ms Higgins.

In a statement released on Friday afternoon, Senator Reynolds said: “I wish to further address that comment that I made. I did not mean it in the sense it may have been understood”.

“Given that the comment was made public, which I never intended, I also want to retract it and unreservedly apologise to Brittany Higgins and acknowledge the hurt and distress it caused to her.”

Ms Higgins said she was pleased her former boss had now withdrawn her comment and “I accept her apology to me”.

“This has been an immensely challenging period for me and I wish to reiterate that the only
reason I have chosen to come forward is to help others,” she said.

“Finally, any monies I have received from the minister as part of the settlement of my claim
against her (over and above my legal costs) will be paid in full to an organisation that
provides counselling and support to survivors of sexual assault and abuse in the Canberra
area. These funds will assist them in this important work.”

“This demeaning and belittling statement … is highly defamatory of our client’s good character and unblemished reputation,” Ms Giles wrote.

Senator Reynolds last week said she had never questioned Ms Higgins’ account of an alleged sexual assault in her office.

The Defence Minister is currently on medical leave while she is treated for a pre-existing heart condition.

“Her position is completely untenable given those comments and those circumstances,” he said.

“It’s too little too late, I think, but ultimately that’s a matter for Ms Higgins.

“That’s obviously now a matter between her and Ms Higgins I imagine and their legal representatives, but I think as a minister of the crown to say those sorts of things, I think makes her position untenable.”