Home » Lifestyle » DEBORAH ROSS: Don't rock the boat? I wish they'd hurry up and sink it DEBORAH ROSS: Don't rock the boat? I wish they'd hurry up and sink it

Don’t rock the boat? I wish they’d hurry up and sink it

Don’t Rock The Boat was the latest reality television show from ITV, which has taken to stripping its programmes across the week, as if no one has a life – and now we haven’t.

Even so, it was five hours I could have spent reading the big Russian novel I always said I’d read but never will. That’s how I made it through the first lockdown, and that’s how I’ll make it through this one, so you can see how I must resent wasting so much time elsewhere.

These big Russian novels do not read themselves. 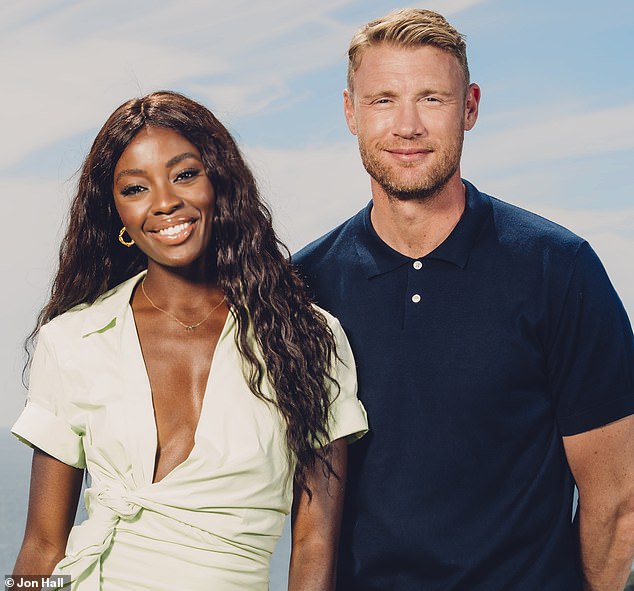 The presenters were Freddie Flintoff and A. J. Odudu (above), who were as stiff as boards and made you realise how good Ant and Dec are at this kind of thing

The show laid out its stall at the outset in an I’m A Celebrity… fashion with those enormous gold capital letters which, in this instance, read: ‘Twelve Celebrities. Racing To Row. The Length Of Britain. Pushed To Their Limit. At Sea. And On Land. Who Will Row? To Glory?’

Plus there were two former Olympic gold medallists (Victoria Pendleton, Denise Lewis) and former Labour MP Tom Watson, who kept staring into a fire pit while wondering if he was having a midlife crisis. (Yes, Tom. Yes.)

Meanwhile, the presenters were Freddie Flintoff and A. J. Odudu, who were as stiff as boards and made you realise how good Ant and Dec are at this kind of thing, how natural and relaxed and chirpy and funny.

If I felt anything during the five hours it was mostly for Odudu’s mother, who was surely always shouting at the screen: ‘Put a jumper on, A. J., and cover up! You’ll catch your death!’

The 12 rowed from St Ives in Cornwall to John O’Groats, Scotland, in legs and were divided into teams of six, with four rowing at any one time, while the remaining two competed in land challenges to win their team a night in a posh hotel rather than a ‘tent’ (which was actually one of those luxury yurts, so not too much was at stake).

The first land challenge involved abseiling down a cliff. As did the second, third, fourth and fifth. If ITV had sent me the format beforehand I would have scrawled all over it: ‘Enough with the abseiling, already!’

As for the rowing, during first stint, Craig Charles (Corrie) was sick, and the Pussycat Doll was sick, and Pendleton was sick, so I was hopeful. As a nation, we’re not a sophisticated bunch.

We just want things to be harrowing for them. Is that too much to ask?

But once they’d acquired their sea legs it was just rowing and rowing and rowing, and I have to say that watching paint dry is more interesting, because the paint does change colour and can be quite different by morning.

Midway though the third episode some bad feeling did develop between Charles and Pendleton – hurrah, at last! – but then they made up, annoyingly.

At one point the two teams competed to have the Olympic champion rower James Cracknell join their boat, and before an ad break we heard: ‘Coming up… night-time rowing is taking its toll… James hasn’t had a break for seven hours…’

Oh, excellent. He’s going to lose it. But when we returned, Cracknell simply said: ‘I think I’ll take a break now.’ Quite the build-up. Just for that.

I also often wondered if something fishy was going on. We never properly saw any night-time footage. We never saw what they ate or drank. No one ever looked totally exhausted, which they would have been, surely.

No one complained about aches and pains or the physical toll, even though, one trip around our local boating lake in the park every summer and I am incapable of moving the next day.

In short, I should have just skipped it and not read my big Russian novel. I know that now.

Last week I said I wasn’t hooked on The Undoing, and you know why? Because I’m an idiot. The second episode of the Big Little Lies-style drama, starring Hugh Grant and Nicole Kidman, went out this week, so I gave it a twirl – it has to be better than rowing, and now I’m in. 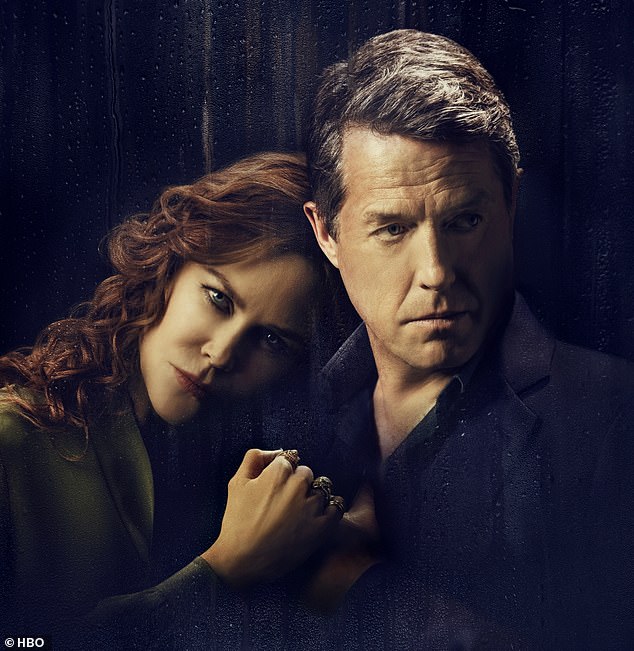 The second episode of the Big Little Lies-style drama, starring Hugh Grant and Nicole Kidman (above), went out this week, so I gave it a twirl – it has to be better than rowing, and now I’m in

I’ve naughtily watched ahead and can tell you that this week’s episode comes with a terrific twist at the end, one that means you’ll immediately want to see what happens next. And even though I’m an idiot, you can trust me on this, I promise.

Fashionable loungewear sets to get you through lockdown 2.0 in style

When You're Stressed, It Shows on Your Skin — Here's How to Help Soothe the Problem
Entertainment