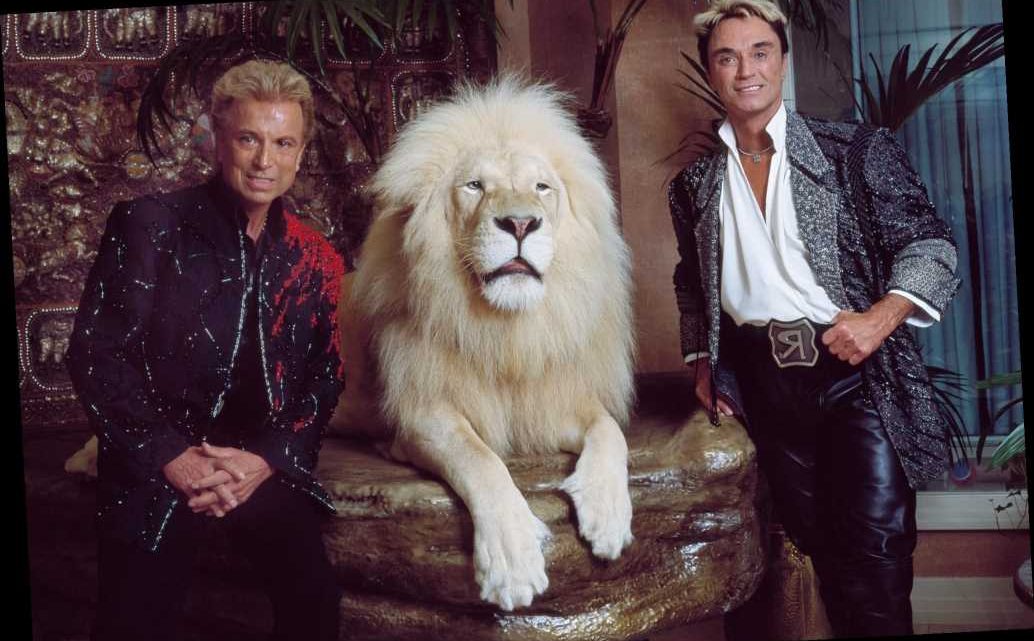 Celebrities and members of the Las Vegas community are honoring Siegfried Fischbacher after the illusionist died on Wednesday at 81.

Fischbacher, whose work alongside stage partner Roy Horn made them a household name as Siegfried & Roy, died of pancreatic cancer at his Las Vegas home, his representative confirmed in a statement to PEOPLE.

In the wake of the news, many turned to social media to pay tribute to Fischbacher, who was remembered as a "giant entertainer" and the "most loyal friend," full of "pure showbiz and pure class."

Magician David Copperfield issued a statement on Twitter, calling the Fischbacher a "legend in magic" and "pioneer who — together with Roy — illuminated Las Vegas with illusion."

"His legacy will live on not only in magic, but in truly shaping the history and future of this city," he added. "RIP, Siegfried."

Fellow magician Penn Jillette posted a photo of himself with Fischbacher, along with his stage partner Teller, and credited the late illusionists for paving the way in "successful magic teams."

"Both Siegfried & Roy are now gone. S&R invented the full length magic show headlining Vegas," Jillette tweeted. "A very different style but without S&R there is no P&T in Vegas."

"Pure showbiz and pure class," he went on. "He was a team. We are a team. As Tolstoy wrote -Successful magic teams are all the same."

Lennon — who is best known for his roles in Reno 911!, 17 Again and The Odd Couple — recalled a special memory he shared with Fischbacher at The Mirage hotel in Las Vegas.

"Saw Siegfried standing alone at the Mirage. I told him how much I enjoyed The Magic Box (the 3D S&R Imax biopic)," the actor tweeted. "Then he pulled a coin out of my son's ear, which reminded us to look for the magic all around us."

"A lovelier person you would not meet. #RipSiegfried," he added, alongside four photos from their sweet encounter.

In her Twitter thread, Goodman acknowledged how Fischbacher and Horn left an indelible mark on the city of Las Vegas.

"We are just crushed to have lost Siegfried our wonderful friend and giant entertainer," she wrote. "Anyone who came to town, their request was always, 'I must see Siegfried and Roy!'"

"They put Las Vegas on the map not only as spectacular illusionists but also as breeders, trainers and caretakers of royal felines which grew to be an enormous part of their performance," she continued. "Visitors to their personal home had the thrill of seeing the habitat where so many cubs were born and raised. And a trip to the Mirage Hotel and the Secret Garden was a treat one never could forget."

"More importantly than anything, Siegfried was the kindest and most loyal friend and a beautiful individual," she finished. "What is calming now is to realize is that he is back with his life partner, Roy Horn, and at peace. You are loved, dear Siegfried."

Several other Las Vegas community spoke out about Fischbacher's death, including MGM Resorts and The Mirage hotel.

"The passing of Siegfried Fischbacher marks the end of an era," MGM wrote in a tweet. "Siegfried & Roy had a vision for the kind of entertainment spectacular the world at large had never before seen. We are grateful for all they meant to MGM Resorts, Las Vegas and to the world of entertainment." Cirque du Soleil, known for its many Las Vegas productions, wrote in their own tweet: "We join the entertainment community in remembering Siegfried and Roy and their groundbreaking achievements. RIP #SiegfriedFischbacher."

Fischbacher's death comes eight months after Horn — whom he first met on a cruise ship in 1957 — died of COVID-19 complications in May at 75.

The famed duo was known for combining illusions and rare animals in shows that spent 40 years wowing audiences and made them icons on the Vegas strip.