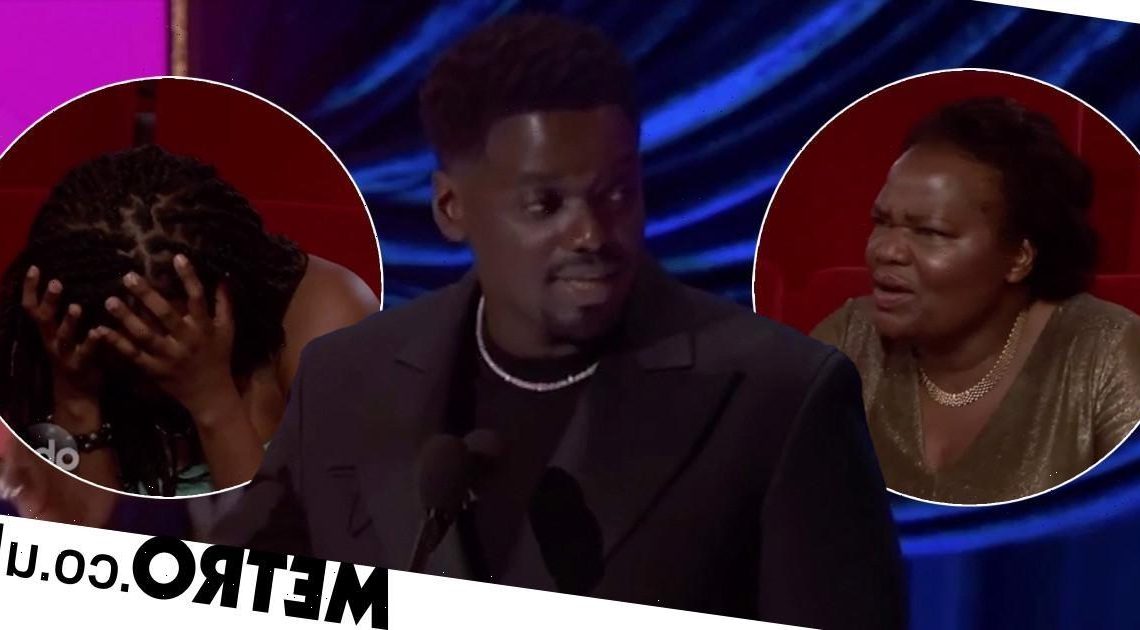 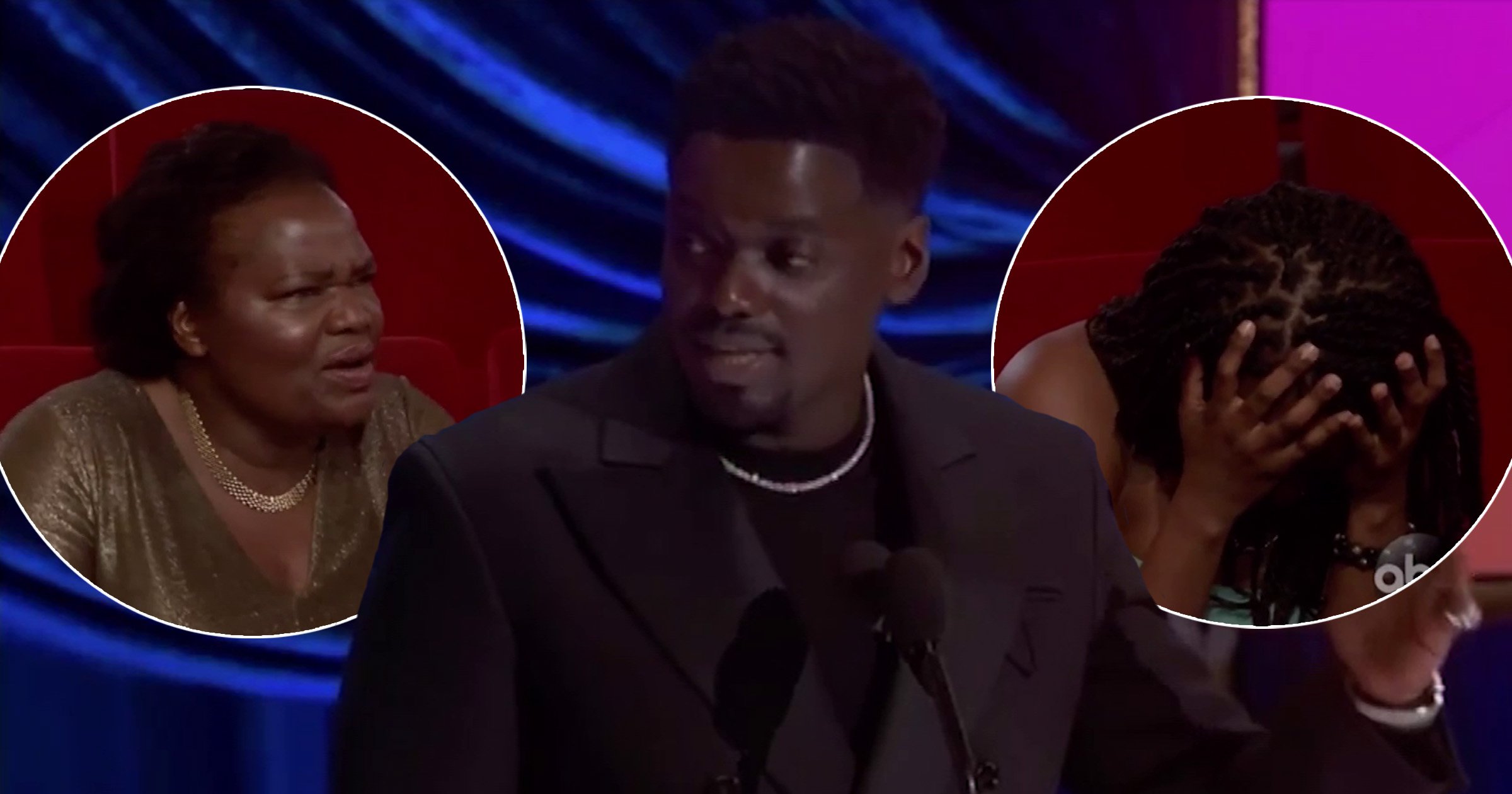 Daniel Kaluuya’s reaction to winning best supporting actor at the 2021 Oscars has only been trumped by his mother’s reaction after he mentioned his conception.

The star took to the stage in Los Angeles to accept the gong for his role in Judas and the Black Messiah and in doing so he gave a special shout-out to those that brought him into the world.

Bringing the house down, he told those in the room they had work to do – reflecting on the work of Fred Hampton, former chairman of the Illinois chapter of the Black Panther Party, who he portrays in the film.

He said: ‘I look to every single one of you. You got work to do,’ as he said of himself: ‘I’m gonna get back to work…Tuesday morning. Because tonight I’m going out!’

Reflecting on how special the moment was, he turned his attention to his family, who were watching from the UK.

‘We got to celebrate life, we’re walking, we’re breathing, it’s incredible,’ he said.

‘My mum met my dad, they had sex! I’m so lucky to be alive, so I’m going to celebrate that.’

The camera then turned to his family, with some believing his mother said: ‘What is he talking about?’

Of course people on social media were loving the hilarious moment, as they suggested Daniel had a talking to coming after inevitably turning his mother into a meme, with her confused face the perfect reaction.

‘When thanking your parents goes too far…’ one Twitter user laughed at the moment, as another added: ‘Might be one of the best endings to a speech in all 93 years of Oscar history.’

Love Daniel Kaluuya heâs an amazing actor. Think his mum will tell him off when she sees him next though ha ha #Oscars

Daniel Kaluuya ending his Oscar speech with “My mum, my dad – they had sex. It’s amazing!” Might be one of the best endings to a speech in all 93 years of Oscar history.

Me: Man, I wonder what my acceptance speech would be like if I won an #Oscars…

Daniel Kaluuya: Me mum and dad had sex.

Best Oscar speechâs and quote of all time idc!! #Oscars2021

Elsewhere in his speech Daniel paid tribute to Hampton, saying: ‘What a man. How blessed we are that we lived in a lifetime when he existed, thank you for your life, he was on this earth for 21 years and he found a way to feed kids, educate kids, give free medical care against all odds…’

He finished his powerful speech with: ‘Peace, love and onwards we go again.’

And we cannot wait for that conversation with his mother backstage…

Thomas Vinterberg  – Another Round

Actress in a leading role

Vanessa Kirby – Pieces of a Woman

Actor in a Leading Role

Actress in a supporting role

Actor in a supporting role

Sacha Baron Cohen – The Trial of the Chicago 7

One Night In Miami

If Anything Happens I Love You

A Concierto is a Conversation

A Love Song for Latasha

The Man Who Sold His Skin – Tunisia

The One and Only Ivan

A Shaun The Sheep Movie: Farmageddon

Fight For You – Judas and the Black Messiah

Hear My Voice – The Trial of the Chicago 7

Speak Now – One Night in Miami