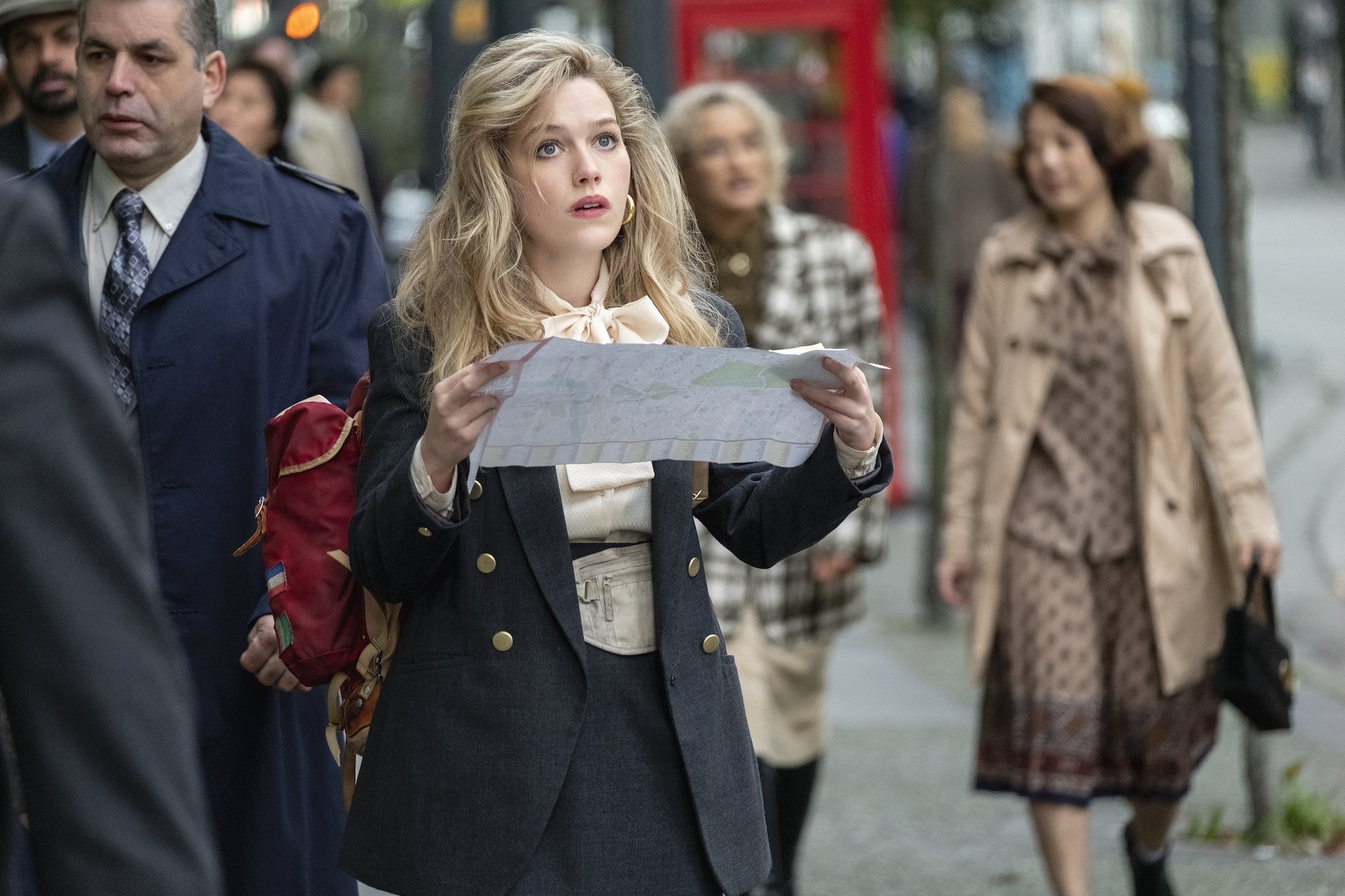 In The Turn of the Screw, the governess is one of the main characters. In this version, that translates to the au pair Dani Clayton. She’s played by returning The Haunting actor, Victoria Pedretti.

Dani is an American in the ‘80s who’s spent the last six or so months in London. She applies to be the au pair to the Wingrave children for a summer. They’re staying at Bly Manor in the countryside, and Dani is very confident in her skills as a caregiver and teacher.

After her meeting with Henry Wingrave, and their conversation in the pub, it’s clear that Dani has her own demons haunting her. It’s a bit different from the ghosts of Bly Manor, but terrifying for Dani all the same. Dani suffered the loss of her ex-fiancé, Eddie, who was hit by a car. This is doubly hard for Dani, since it was right after she came out to him and called off their engagement.

Pedretti’s performance of Dani is, of course, far from Nell Crain from The Haunting of Hill House. From her appearance to the characterization, it’s hard to confuse them. Dani also has an accent that is pretty hard to miss. And that, of course, was also on purpose.

Dani has a Midwestern accent

In an interview with Town & Country magazine on Oct. 17, Pedretti said that she tries to “do something different” for every character she plays when it comes to her voice. And for Dani, she did “have a bit of a dialect” that was stronger than what fans have seen with Nell and Love from You.

“We took a while to figure out where she was from, and placed her in Iowa,” Pedretti shared. “I thought it was really important [to show that in her voice], especially because I know people that are older tend to have stronger dialects. So, somebody coming from the ’80s is going to have a stronger dialect than somebody living in the same area today, just because of the way that media has kind of helped kill the dialect.”

She also said that since it’s not as prevalent today, it might be “seen as other,” and has sort of fallen off over the years.

Dani’s origin being Iowa and the Midwest is also important to her character and worldview. As Pedretti pointed out, London would look and mean something different to Dani than it would for someone from a city. Even if it is a foreign place, London is way different to Dani because of her smaller hometown upbringing.

But that says a lot about Dani’s character, which includes bravery among other things. Sure, she has a traumatic experience that sets off her travels, but the rest of the season also shows how selfless, courageous, and “open-hearted,” she is, according to Pedretti.

“Who the f*ck gave her the right? Right? But she’s like, nah, like I need to feed myself,” Pedretti said. “I need to have this experience, because that’s life. That’s what at first really struck me. Who does that? This is an exceptional person, and how do I do that justice?”

The Holidays Came Early! Shop BaubleBar's Festive New Jewelry Before It Sells Out