Home » Lifestyle » CRAIG BROWN: The Shoey’s a shoo-in for the next big craze CRAIG BROWN: The Shoey’s a shoo-in for the next big craze

The Shoey’s a shoo-in for the next big craze: CRAIG BROWN predicts drinking from footwear will soon be another viral trend

Whatever happened to the Ice Bucket Challenge?

It doesn’t seem all that long ago when anybody who was anybody — Simon Cowell, Lady Gaga, Kylie Minogue, George W. Bush — was having a bucket of icy water poured over them. And then, as quickly as the craze appeared — 2014, or thereabouts — it disappeared.

The Ice Bucket Challenge itself followed the craze for performing the Gangnam Style dance, its bouncy horse-trotting movements made popular by the chubby South Korean pop-singer Psy. For a time, any gathering of more than six people — baseball teams, members of the Women’s Institute, NASA space cadets — felt obliged to jiggle up and down, Gangnam Style, with their hands holding imaginary reins. 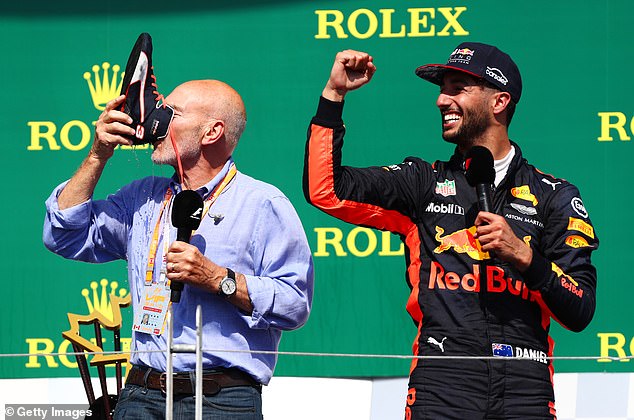 After the Ice Bucket Challenge came the Mannequin Challenge, a bizarre craze for standing stock-still, pretending to be a mannequin. Paul McCartney did it. Adele did it. Bill Gates did it. Michelle Obama did it. For a few days, the celebrity world was as still as Madame Tussauds.

At the 2016 British Fashion Awards, the ice-queen editor of American Vogue, Anna Wintour, was spotted doing the Mannequin Challenge, though heaven knows how they could tell. Even the notably un-fun Hillary Clinton did it, together with rocker Jon Bon Jovi, of all people, the night before election day.

Where do these crazes come from and where do they go to? What happened to the Pogo Stick, Streaking, Tank Tops, the Gonk, the Snood, the Space Hopper, Leg Warmers, Pet Rocks, My Little Pony, the Tamagotchi, Klackers, Teenage Mutant Ninja Turtles, the Lambada, Cabbage Patch Dolls, Vogueing, and, perhaps most important of all, the Mullet?

Like drops of rain in a puddle, as each one disappears, it is replaced by the next. Often, it is at this time of year, as spring turns to summer, that the latest craze pops up. So what next? My bet for this coming season is ‘The Shoey’.

As with all the best crazes, it combines simplicity with dottiness. The format is simple: to ‘Do a Shoey’, you pour alcohol (preferably beer) into a shoe, and then drink it. 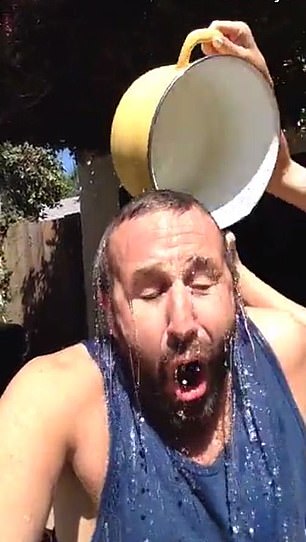 Australians have been doing shoeys for some time now. Some trace its origins to Tasmania back in 2010. ‘It just became a thing we started doing,’ says Tyler Richardson, who was the singer in a Tasmanian punk band. It seemed funny; we often got free drinks out of it. Everyone wanted to fill up your shoe with beer.’

It is some time since Richardson last did a shoey. As you might expect, he remembers it as ‘wet and stinky’.

The ritual has been revived over the past few months by Australian sportsmen, notably racing drivers. The Australian Formula One driver Daniel Ricciardo eschews beer for sparkling wine, but advises that it must be cold.

‘If the sparkling wine is cold, then it tastes good,’ he says. ‘If it’s warm, then you might get the sweat through it, but the cold taste kills the bad stuff, so it’s delicious.’

Good to know. The Shoey has now become so mainstream in Australia that any visiting celebrity who refuses to do a shoey is branded a spoilsport. Hugh Grant, Patrick Stewart, Stormzy and Harry Styles have already put their best feet forward, or shoes mouthward, rather than being outed as killjoys. I’m only relieved that Theresa May will not have to visit Australia as Prime Minister — though, of course, her preferred kitten heels might not be fit for purpose.

One or two visiting celebrities have attempted to sidestep their shoey obligations on the grounds of hygiene, only to find that their audiences are made of tougher stuff.

For instance, when the American singer-songwriter Kacey Musgraves was handed a shoe full of beer by a fan at a concert in Sydney recently, her initial reaction was to refuse.

Fair enough, you might have thought, but her Australian fans refused to take no for an answer. At her concert the next day, Kacey dutifully appeared with a glass slipper full of beer, and downed it in one.

A great craze in Australia then, but will it catch on here? How long before Princess Anne is spotted Doing a Shoey? Or Jacob Rees-Mogg?