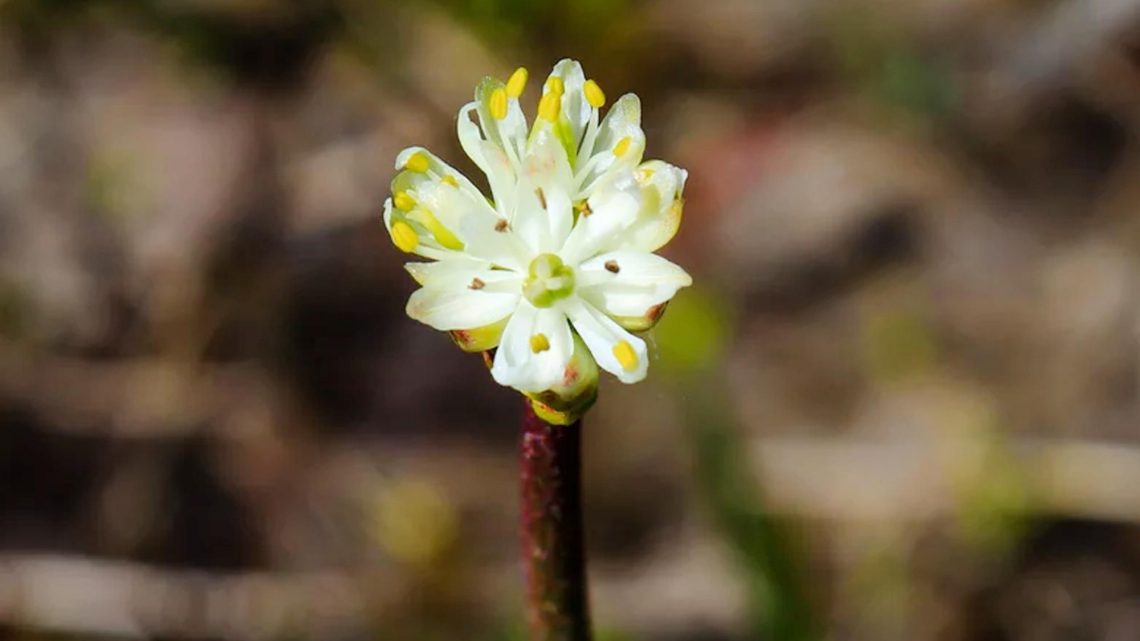 There’s a new flesh-eating flower in the plant kingdom.

The carnivorous cutie is the first of its kind identified in 20 years — despite the white flower’s prevalence throughout the Pacific Northwest.

Sean Graham, a botanist with the University of British Columbia, told NPR, “We had no idea it was carnivorous.”

The flower, called a western false asphodel, was first documented in 1879, but scientists had no idea the plant consumed meat until now.

“This was not found in some exotic tropical location, but really right on our doorstep in Vancouver,” Graham added. “You could literally walk out from Vancouver to this field site.”

Researchers had been working on an unrelated study when they noticed the asphodel, Triantha occidentalis, exhibited a genetic deletion that’s seen in other carnivorous plants. Scientists also noted that the flower had features which could be used to trap food.

“And then they have these sticky stems,” explained Graham, whose study on the western white asphodel was published Monday by the Proceedings of the National Academy of Sciences. “So, you know, it was kind of like, hmm, I wonder if this could be a sign that this might be carnivorous.”

There are less than 1,000 known species of carnivorous plants, which often appear in sunny and wet climates, with a soil that is scarce in nutrients — thus their evolution towards eating meat.

To prove the flowers were drawing nutrients from insects, researchers tracked the Triantha plant’s uptake of nitrogen-15 isotopes that began in laboratory fruit flies, which scientists had placed on the plant’s sticky stem.

Results showed that half of the plant’s nitrogen composition after feeding had come from the flies.

They additionally discovered that tiny hairs on the stem produce a digestive enzyme found in other carnivorous plants. It’s the first known example of such a plant using its stalk to trap and consume insects.

Said Graham, “I suspect that there might be more carnivorous plants out there than we think.”