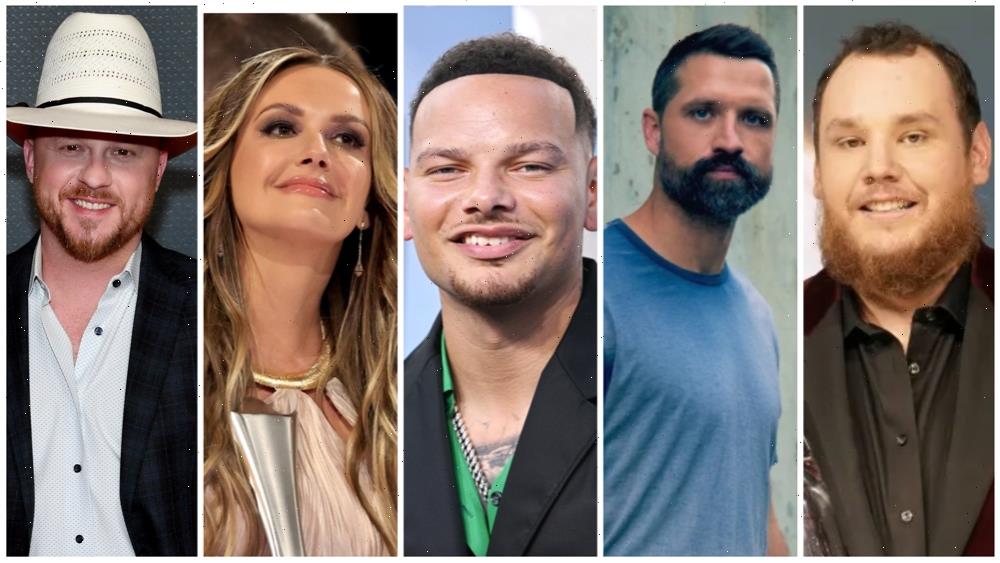 The lineup of five honorees for CMT’s Artists of the Year special has been set, with Walker Hayes, Carly Pearce and Cody Johnson being celebrated on the annual show for the first time, joining previous honorees Luke Combs and Kane Brown.

Filmed, as always, at Nashville’s Schermerhorn Symphony Center, the 90-minute “CMT Artists of the Year” will air on CMT Oct. 14 at 9 p.m. ET/PT after being taped in the week.

The non-competitive show is a more intimate complement to the larger-scale, fan-voted CMT Awards, with honorees being selected by the network from among the artists deemed to have made the most collective impact during the preceding year.

The special is typically filled with guest artists for salutes and collaborations; those are yet to be announced.

“Carly, Cody, Kane, Luke and Walker all represent the vibrant future of the country music format, as they defy convention and blaze new trails, breaking industry records and genre barriers,” said Margaret Comeaux, CMT’s senior VP of production, music & events, in a statement. “We can’t wait to celebrate their extraordinary accomplishments alongside their fellow artists and friends.”

Cody Johnson is the one of the quintet who is the newest to real stardom. Since starting his recording career in 2013, he’d had several gold records, but most of the singles fell under country radio’s radar, with the exception in 2018 of the platinum “On My Way to You,” which just missed the country airplay top 10 at No. 11. But he became more of a mass phenomenon with “‘Til You Can’t,” which was released last year and rose to become a two-week No. 1 hit this year. The song earned him a best male video award at this year’s CMT Awards and is reported to have picked up more than 400 million streams.

Hayes, whose career had had its ups and downs since he started releasing records in 2010, saw his star finally ascend in a big way last year when he was responsible for what might have been the biggest viral sensation in any genre, “Fancy Like.” His followup single to that No. 1 smash, “AA,” was also a top 5 hit.

Pearce already had two No. 1 country singles on her belt going into what turned out to be her third chart-topper this year, “Never Wanted to Be That Girl,” a duet with Ashley McBryde that represented the first all-female collaboration to reach that peak in country in decades. Her so-called divorce album, “29: Written In Stone,” is one of the most critically acclaimed country albums of the past few years. Pearce has recently been out opening on Kenny Chesney’s stadium tour.

Combs and Brown join the cast as established headliners, young and not so many albums into their respective careers as they both are. Brown just released the album “Different Man,” preceded by two No. 1 hits, “Like I Love Country Music” and “One Mississippi.” Combs’ latest album, “Growin’ Up,” included his 13th No. 1 single, “Doin’ This.”

“CMT Artists of the Year” is being executive-produced by CMT’s Margaret Comeaux and Switched On Entertainment’s John Hamlin. Jackie Barba and Heather D. Graffagnino are the executives in charge of production, with Leslie Fram on board as executive in charge of talent and Shanna Strassberg as the show’s talent producer.

‘This is how a bully behaves’: Ukraine pleads for Australian help as Putin orders military call-up
Entertainment