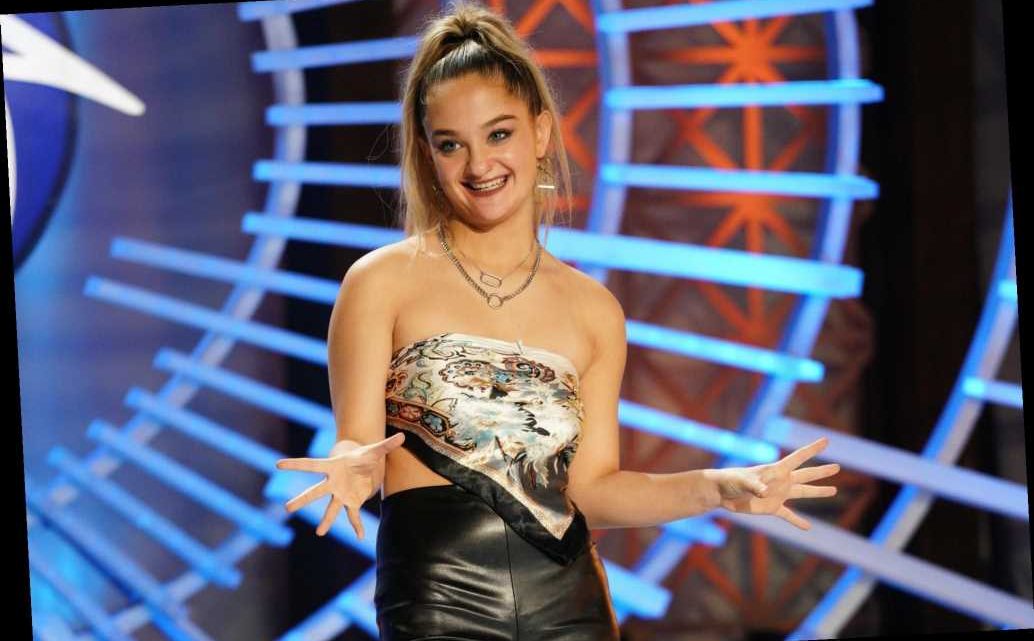 Claudia Conway is going to Hollywood.

The 16-year-old daughter of former White House counselor Kellyanne Conway and conservative anti-Trump lawyer George Conway made it through to the next round of “American Idol” following her singing debut on the ABC show’s premiere Sunday night.

“I made it!,” Claudia exclaimed after scoring a sought-after golden ticket to the competition’s “Hollywood Week.”

But her audition got off to a rocky start.

Judge Katy Perry interrupted the TikTok celebrity’s rendition of “Love on the Brain” by Rihanna, telling her to take off her sparkly stilettos and try a different tune.

“You have to calm the storm that is around you,” Perry said, “because if you sing like you want to read the social media comments afterwards, you’re only ever gonna be a TikTok star.”

Claudia eventually redeemed herself with a take on Adele’s “When We Were Young,” moving dad George to tears as he listened from outside the audition room.

“She loves music…,” he said. “It makes me happy to see her here doing this.”

Mom Kellyanne wasn’t there in person, but did appear remotely on a large screen to give her daughter a frank pep talk before the audition.

When Claudia admitted to being nervous, Kellyanne responded: “You should be nervous, honey.”

“It’s a very humbling experience,” the former Donald Trump advisor said. “But remember, honey, winners are people who are willing to lose.”

Claudia opened up about her upbringing and “iffy” relationship with her mom on the show.

“When your mom is working for the President of the United States, who you very much disagree with, it’s hard,” she said in a home video played before the audition.

Still, “she loves me and I love her,” Claudia said.

“Most of my life, my feelings had been suppressed, so then I got social media, and I was like ‘Well, damn. Now my voice is being heard,’ ” she said, referring to her large online following and the headlines she’s made with her outspoken videos.

“The internet can be a very, very dark place, but when life is all going downhill, I have my music,” Claudia continued.

She’ll get a shot to show off more of her vocal chops after getting nods from both Perry and Lionel Richie.

The third judge, Luke Bryan, was a no, telling Claudia he thought her range was “limited.”

But Richie gave the teen “giant props,” telling her: “You chose music, I’m going to give you a shot at music.”

Perry, meanwhile, suggested that Claudia unplug from social media to up her chances at singing stardom.

“There’s a lot of noise in your life,” she said. “Before you sing, you need to get off your phone… Push it aside. Because if not, you may not ever rise above your dad or your mom. It’s your choice.”

Claudia first hinted that she was auditioning in November — months before her latest drama with her mother saw police visiting the family’s mansion in Alpine, New Jersey.

The teen posted a series of videos claiming her mom was abusive and had also accidentally posted a topless photo of her.

Despite the drama, the Conways have been supportive of their daughter’s singing ambitions, and Kellyanne teased Claudia’s audition on Twitter before it aired.

“@AmericanIdol is BACK tonight with tons of talent, including our daughter! @gtconway3d @Claudiamconwayy you are our IDOL,” she wrote.