It’s not every day that actors get to work with their parents on screen, but when they do, it’s a real treat. Barbara Alyn Woods and Alyvia Alyn Lind play mother-daughter duo Michelle and Lexy in the new TV series Chucky, which premieres October 12. For the real-life mom and daughter, Chucky was a chance to explore a relationship that’s completely opposite of the one they have in real life.

“It was mostly fun for me because we’re not just mother and daughter, we’re horrible to each other,” Alyvia admitted. “She hates me and I hate her 10 times more in the show, and it’s so much fun to get to play that storyline. We had so much fun with it. She is just such a horrible mayor mother.” 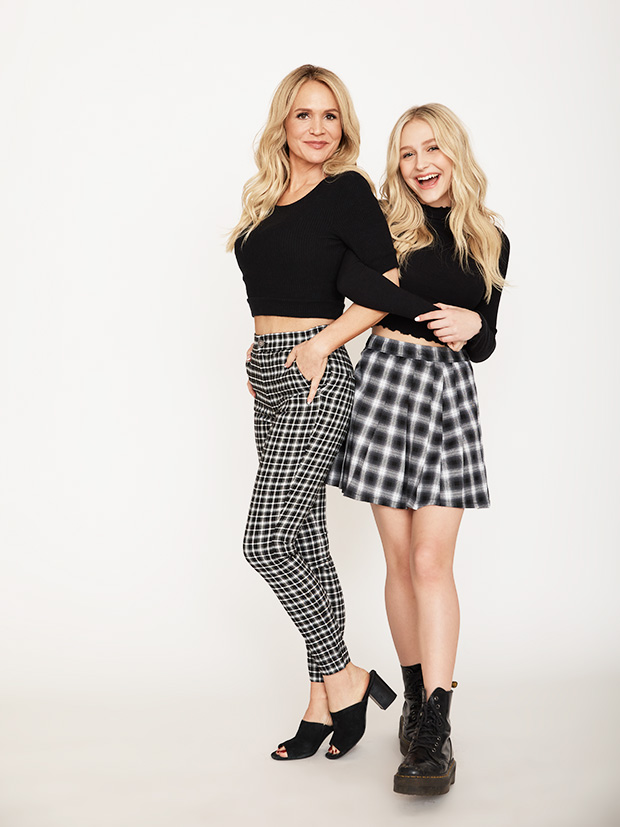 Barbara noted that she and Alyvia had to quarantine together while working on the show. “We’re working in Toronto in the thick of it and you know, so she couldn’t have her weekend dates or going out with her friends or anything. It’s pretty much the two of us and our small pod,” Barbara said. “Once in a while, friends could come over but it was mostly just the two of us. I’m also her homeschool teacher. We work on auditions together. And now on top of everything, I’m going to be in all of her scenes with her. It’s like, I’m sorry, there’s so much of me it’s like overkill. I guess for Don it was a little bit taking a chance. You never know how the chemistry is going to be.”

In the series, Lexy is Jake’s “primary bully.” When Jack gets a hold of the Chucky doll, things begin to take a dark turn in the town of Hackensack.

“She kind of picks on him [Jake] because I think she sees him as an easy target,” Alyvia teased. “He’s not popular. He’s an artist. He’s a little weird. He doesn’t have many friends. And then she sees that finally he has made one friend, but it’s another doll. She uses Chucky as just another way to make fun of him, which was the biggest mistake she’s ever made. One of the things I love about Chucky is he protects the people that he is closest to. He really protects them and he does anything to protect them, including murder. So when Chucky sees that Lexy is not the nicest to Jake, he definitely wants revenge.”

But don’t write off Lexy. “Don makes the most unredeemable characters redeemable, so you just have to wait and see how their relationship evolves,” Alyvia noted of Lexy and Jake’s relationship.

As for Mayor Michelle, Barbara said that her character is just trying to stay one step ahead of the chaos. Playing a mayor also brings everything full circle for Barbara back to her One Tree Hill days. Barbara notably starred as Deb Scott, Nathan’s mom and Dan’s wife, in the series.

“It’s really all about the image, right? I love Michelle because she does it all. She just does some things better than others,” Barbara told HollywoodLife. “And we find that she is a full-time mayor and a very part-time mother, which is possibly why this one [Lexy] is the way she is. But I do have to say I love saying that I’m playing the mayor because I was on a show for many years where I was the wife of the mayor. I didn’t run for mayor, but my husband was mayor.” 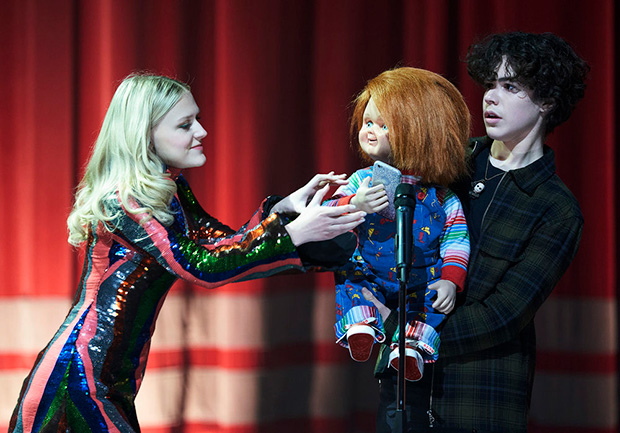 Alyvia admitted that she’s “never played” a character like Lexy before. Even though Lexy and Michelle don’t like each other, it doesn’t mean this mother and daughter don’t have similar qualities. “Lexy has a pretty great arc and the whole series she starts off as this narcissistic, power-hungry, just like her mom, and she’s very fashion-forward and just overall your perfect classic mean girl,” Alyvia said. “But as the series goes on, she starts caring about other people and really trying to get to the bottom of this whole mystery and you kind of see that she actually has a very small heart of gold. So playing that whole storyline, the whole arc was so great. I think Don did an amazing job at writing her and every little detail.”

Since this is a Chucky TV series we’re talking about, which means we’re dealing with that infamous killer doll, you can expect some bloodshed. “I think the show is not for the weak of heart,” Barbara said.

Alyvia added, “One of the things I love about the series is that we have so much more time. It’s not just an hour and a half movie. It’s a full 8-episode series to develop these characters, and it’s not just all about Chucky running around and killing people. We actually get to see the depth behind each and every one of these characters. We get to see so much. There’s a lot of blood, but there’s also a lot of heart.” Chucky will air Tuesdays at 10 p.m. on USA Network.

Where is the original cast of Home Alone now? – The Sun