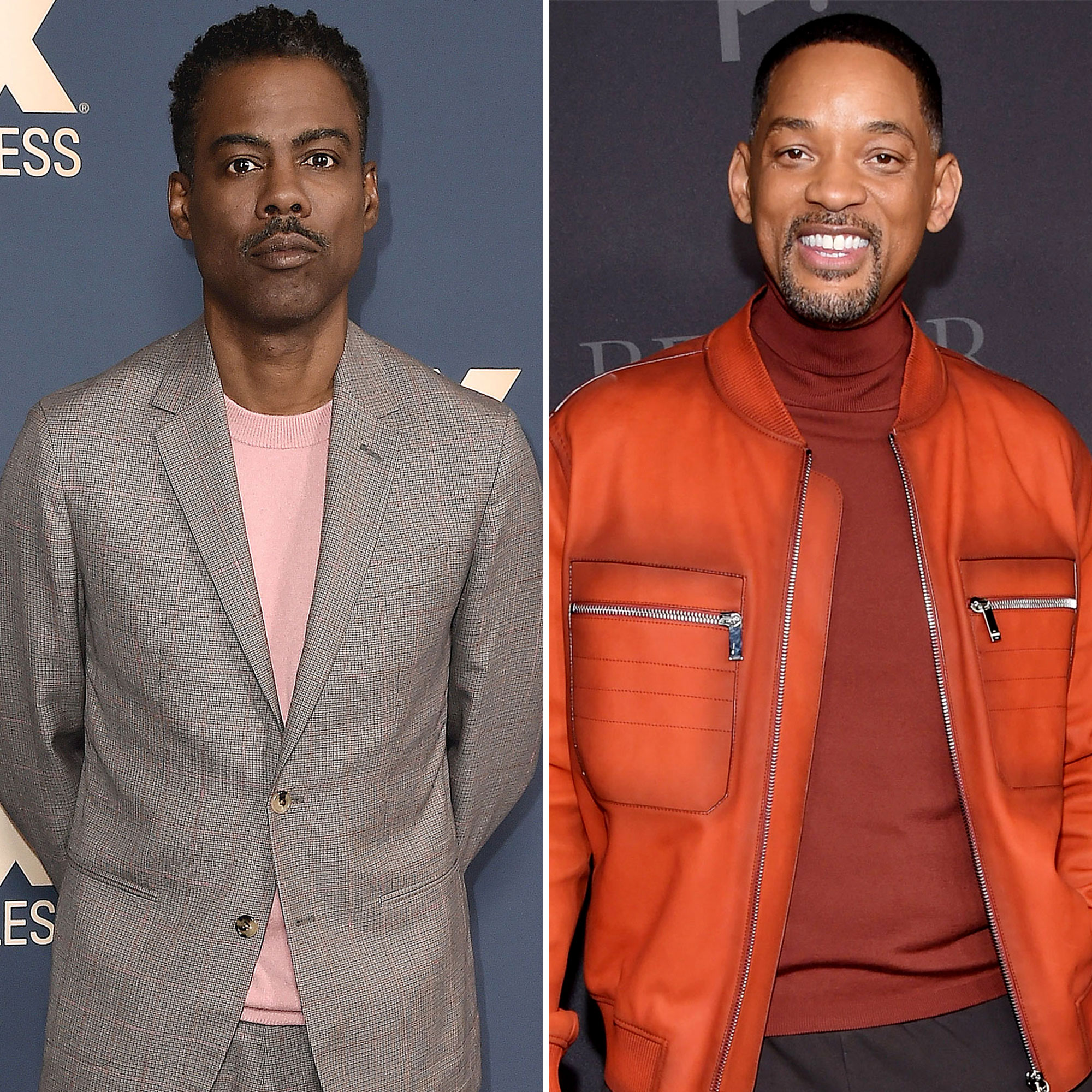 A little too close for comfort? One week after Will Smith slapped Chris Rock at the 94th annual Academy Awards, he poked fun at the incident during a stand-up gig.

Will Smith and Chris Rock’s 2022 Oscars Incident: Everything to Know

“Chris broke the ice by sarcastically saying he’s had an interesting week,” an eyewitness exclusively tells Us Weekly of the 57-year-old comedian’s performance at Borgata Event Center in Atlantic City, New Jersey, on Saturday, April 2. “Everyone laughed because they knew what he was referring to, of course.”

While Rock wasn’t interested in speaking in-depth about the March 27 encounter, he noted that he is “still processing” it and planned to further address it down the line. The Grown Ups actor continued his planned comedy routine with a subtle reference to Atlantic City’s geographical location.

Celebs React to Will Smith Slapping Chris Rock at Oscars 2022

“He made a joke about how Atlantic City is too close to Philly for him to get into it,” the insider reveals, referencing the 53-year-old Fresh Prince of Bel-Air alum’s hometown. “The general vibe of the comment was that Atlantic City could be hostile territory because it’s so close to Philly. It was said in a casual joking way and everyone laughed.”

The Everybody Hates Chris alum previously made headlines when he made light of Jada Pinkett Smith’s shaved head one week earlier. Before presenting the Best Documentary Feature Oscar to Questlove, Rock quipped that Pinkett Smith, 50, could star in a sequel to G.I. Jane due to her shaved hair. (The Maryland native has been vocal about her struggles with alopecia.) Pinkett Smith rolled her eyes at the remark, while her husband strolled on stage and smacked Rock across the face. Smith shouted at the time, “Keep my wife’s name out your f—king mouth.”

While Rock declined to file a police report after the event, he later told a crowd in Boston, Massachusetts, that he was “still processing” what went down.

“Y’all are getting me misty-eyed and s–t,” Rock gushed over the crowd’s applause during his Wednesday, March 30, comedy show.

The Men in Black actor — who went on to win the Best Lead Actor trophy for his role in King Richard — has since issued a public apology for his actions and resigned from the Academy.

“I would like to publicly apologize to you, Chris. I was out of line and I was wrong. I am embarrassed and my actions were not indicative of the man I want to be. There is no place for violence in a world of love and kindness,” Smith wrote, in part, via Instagram. “I would also like to apologize to The Academy, the producers of the show, all the attendees and everyone watching around the world.”

Rock has yet to publicly address Smith’s statement but didn’t let that faze his comedy set.

“Chris did not look tired. He was in an energetic mood despite it being his second show of the night and being so late,” the insider notes. “Later on, Chris said the words ‘Open love’ and someone in the crowd yelled, ‘The Smiths!’ Chris avoided that and the crowd laughed.”

With reporting by Diana Cooper and Whitney Ullman

'Young, Famous, and African': Which Cast Member Is the Richest?
Entertainment