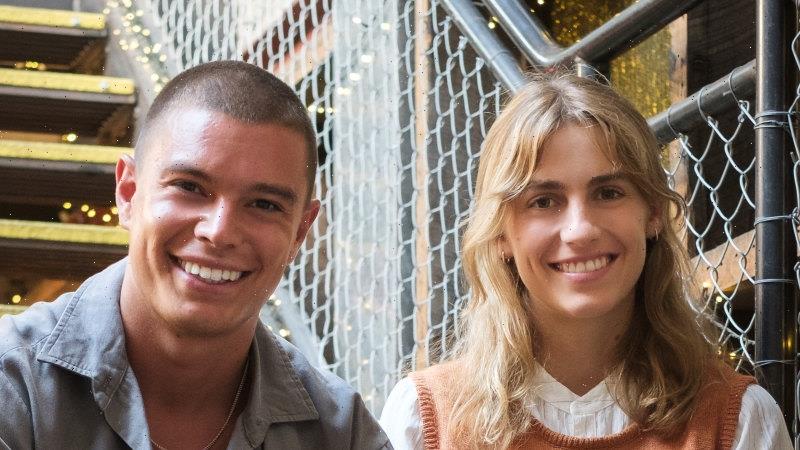 Age shall not weary them, but nor does it mean they’ll make better decisions. The third season of this Australian comic drama takes a leap into the future, picking up several years after previous events. Jacinda, the unexpected baby that bound together Sydney high school students Oly (Nathalie Morris) and Santi (Carlos Sanson junior) is now starting school herself (Ava Cannon plays the role). The child’s ability to ask awkward questions adds another layer to a show where the character’s choices are never simple. 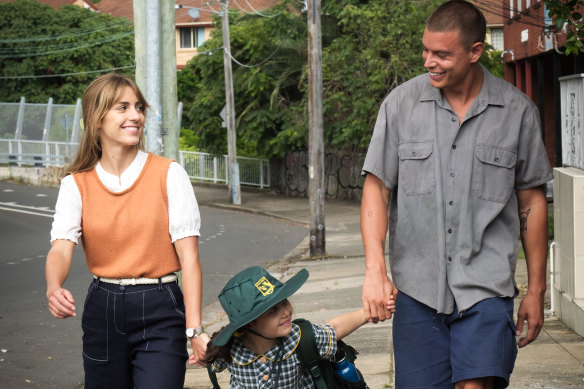 As narrative gambits go, it’s mostly successful. With its depictions of multi-generational families and intertwined friendships, Bump benefits from the passing of time (and the twenty-something leads don’t have to pass for teens). Oly and Santi are no longer together, for example, which means that their co-parenting has a fractious edge that’s only exacerbated when each pursues an outside relationship. A new lens refocuses characters, with Oly’s mother Angie (co-creator Claudia Karvan) focused on herself now that she’s had to deal with a cancer diagnosis.

There’s less of Karvan this season – a disappointment – but tracing the travails of high school students now wrestling with adulthood suits the mix of spiky commentary and genuine empathy that shines through in the writing of co-creator Kelsey Munro. Nothing comes easily to Oly, Santi, and their friends, whether they’re trying to cement relationships or start careers. An unfulfilled Oly runs off the rails in the company of fast friend Madison (Sarah Meacham), while Santi struggles to introduce Jacinda to new girlfriend Keeks (’Ana Ika).

While it has farcical flourishes, the show has a sterner eye for self-examination than a spiritual predecessor such as Offspring. There are clashes of culture and politics that are presented not as questions of ideology but as struggles to understand and connect. Santi’s Chilean grandmother, Bernadita (Claudia di Giusti), might be an amusingly tart presence, but the faith she wants to pass on to Jacinda, despite Oly’s objections, plainly matters to her.

The cast invest their characters with the passing of time. You sense how they have – and sometimes haven’t – changed, and the sentiment that remains has the strength of endurance now. Sometimes it’s comical, as with Angie and her ex-husband, Dom (Angus Sampson), but there’s a deeper, complex bind to Oly and Santi. A succession of two seasons windows would suit this inner-west tapestry, checking in with a mix of heartfelt enquiry and warm humour. Please keep Bump going until Jacinda reaches her own teenage years.

With a gym-polished John Krasinski as the latest incarnation of Tom Clancy’s dedicated CIA analyst, the streaming version of Jack Ryan was a global espionage thriller that allied a throwback hero to vaguely contemporary geopolitics. But the show’s third season – scripted and shot in 2021 – can’t help but feel redundant: with its Cold War echoes the plot revolves around Russian gambits in Eastern Europe, including Ukraine. 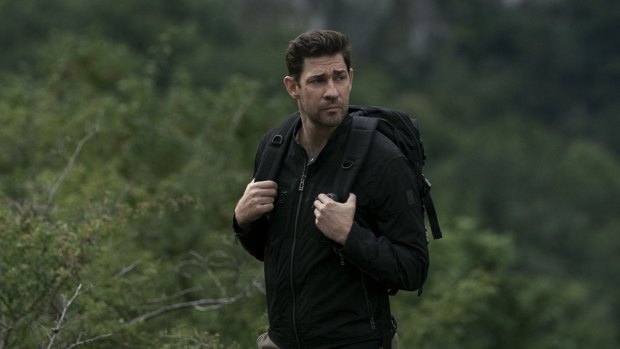 A real-life war leaves talk of a “powder keg” sounding obsolete, and it’s not helped by a familiar plot that has Ryan having to go on the run from both the Russians and his colleagues when he starts to unpick a vast conspiracy. The episodes flaunt covert technology, but the spy’s tradecraft is mostly absent and Krasinski’s laconic everyman moves from one set-piece to another with implausible ease.

This genre has room for numerous approaches, so it’s not impossible for Ryan to be an indomitable hero, especially with his own bosses painted as careerists. But there’s a laziness in how only a central character can spot clues, or the US-centric worldview which paints European nations as readymade vehicles for Russian corruption. Another generation’s Jack Ryan is done.

Here’s the Millennial version of Jack Ryan! Teen heartthrob Noah Centineo (To All the Boys I’ve Loved Before) plays law graduate Owen Hendricks, who has been working in the counsel’s office at the CIA for all of two days when he finds himself mixed up with a jailed asset, Max Meladze (Laura Haddock), threatening to blow the whistle. It’s a workplace comedy crossed with a goofy action adventure – Owen visits a CIA black site in Yemen without advance notice so they torture him. First jobs are hard to crack, so is a good show. 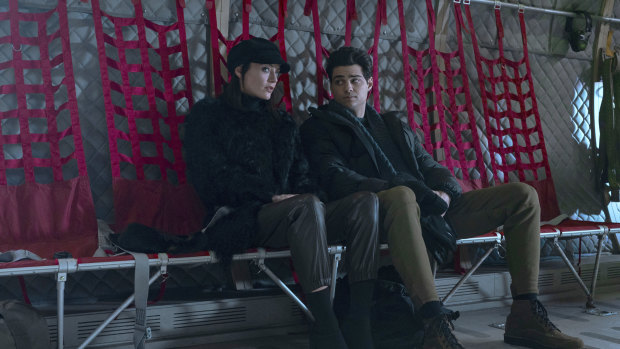 Laura Haddock as Max Meladze and Noah Centineo as Owen Hendricks in The Recruit.Credit:Philippe Bossé/Netflix via AP

Set in Melbourne’s western suburbs, this independent micro-series backed by Screen Australia is a mix of personal change and thorny realisations as it follows Salma (Faryaal Jabbar), a middle-aged Muslim wife and mother who suddenly decides she wants to become a tennis champion. While the direction is somewhat uneven, Kauthar Abdulalim’s cumulative half-hour captures the issues and perceptions that apply to women too often seen as merely dutiful. It’s a simple structure, but telling: when Zoya (Lyeba) Anglifies her name on a CV, she gets the job interview she previously missed out on. 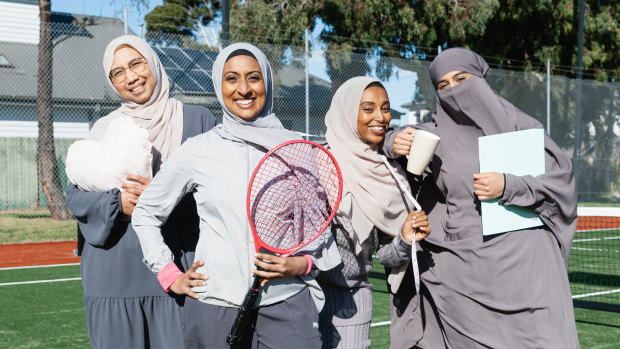 There’s no shortage of conspiratorial theories and grim revelations in this true crime documentary about a South Carolina patriarch, Alex Murdaugh, who was recently charged with the shooting deaths of his wife and adult son. The case was headline-making, but the real value in this three-part series is how it adeptly reveals the institutionalised connections and ease of malfeasance that the clan had amassed over a century of local prominence. This is what the “good old days” was really about – power and privilege for a select few. 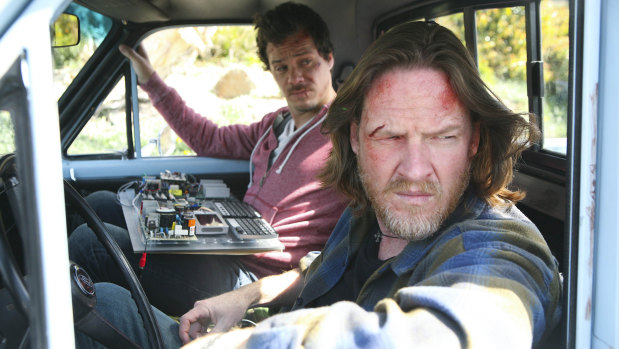 This one-and-done 2010 American series is a terrific second chance viewing now that it’s streaming. A defiantly comic detective noir that makes fine use of a sun-drenched San Diego, it stars Donal Logue (Vikings) and Michael Raymond-James (Once Upon a Time) as friends Hank and Britt, respectively a rehabbed former police detective and petty criminal who work as unlicensed private detectives. An update of The Rockford Files, it has grifter angles and protagonists trying to make sense of their lives, while getting into scrapes – Raymond-James has a rule breaker’s charming grin the show makes perfect use of.

I’m a skincare expert – the anti-aging foods that could shave years off your looks, it's worth it to pay extra for guac | The Sun
Entertainment