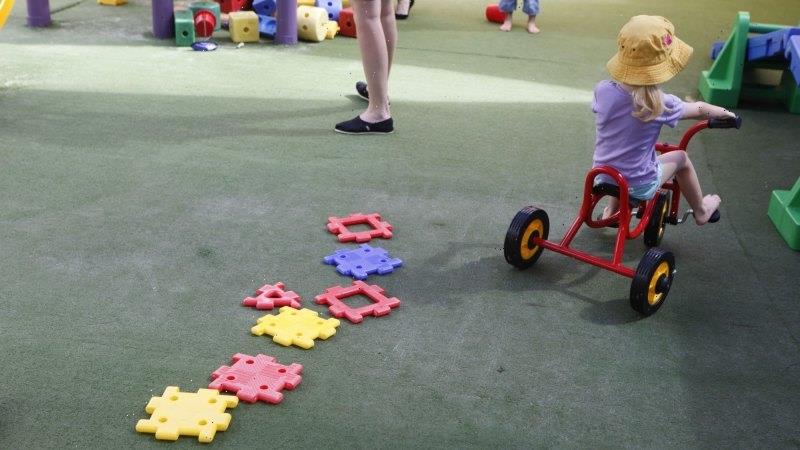 Some of the biggest childcare providers in Sydney are estimating they will collectively face $32 million in fee losses by the end of October if the lockdown continues without further financial support from the federal government.

Losses have already surpassed $2 million a week across major providers who are operating a third of all childcare centres in Sydney after they opted in to the federal government’s gap fee waiver initiative, which is designed to stop centres from charging parents who keep their children at home during lockdowns. 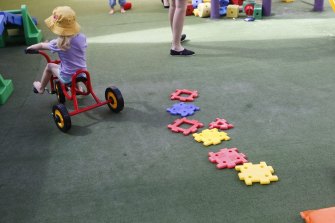 Childcare operators say they are facing mounting losses by agreeing to waive gap fees for parents and have called on the federal government to provide more support.Credit:Glenn Hunt

The Early Learning and Care Council of Australia, which has collected the revenue data from its 11 members operating 364 services across Sydney and provided it to the federal and NSW governments, says the sector faces a dire situation if the lockdown is extended until October.

“Our members are currently reporting losses of $2,170,000 per week due to waiving gap fees,” chief executive Elizabeth Death said.

“We are prepared to work with government to find a solution.”

Ms Death said a 15-week lockdown that ran until the end of October would see losses hit $32.5 million for her members, which include large providers Goodstart, G8 Education and Uniting. She said the sector urgently needed a rescue package similar to the one provided by the federal government during Victoria’s second wave lockdown in 2020. That package, intended to help the sector transition after the end of JobKeeper, entitled operators to top-up payments of up to 25 per cent of their revenue, providing they retained staff and waived gap fees.

“We can’t pull down the shutters because we are essential services, and we can’t sacrifice our workforce because they provide the essential services. So either we place the financial burden onto families, or we let our educators go,” Ms Death said.

Under the gap fee waiver initiative, centres operating in areas declared a COVID-19 hotspot by the Commonwealth can still collect the government childcare subsidy if they opt not to charge parents gap fees for children who did not attend. Usually providers have to charge parents to receive the government subsidy, worth between 20 and 85 per cent of fees.

Federal Education Minister Alan Tudge has maintained the sector is receiving “unparalleled support”. He said under the gap fee program and the joint state-Commonwealth government JobSaver program centres could be getting up to around 80 per cent of their revenue, even if no children attended. The JobSaver program enables businesses to access payments between $1,500 and $100,000 per week if they have experienced a revenue decline of 30 per cent or more.

However, many large providers that operate nationally, or provide other services such as aged care, do not hit the 30 per cent threshold, despite individual centres in Sydney being hit hard.

Centres are bracing for higher vacancy rates across NSW as Chief Health Officer Kerry Chant repeated her call on Wednesday for parents not to send children to childcare “unless they absolutely need to”, as authorities grappled with outbreaks in centres.

“That’s a feature we haven’t seen in previous outbreaks because the Delta strain seems to be able to transmit more in the childhood setting.

At least 99 centres were closed across NSW due to the pandemic on Wednesday, up from 89 on Friday.

Goodstart Early Learning, the second-largest provider in NSW, said it had been waiving fees at its 69 centres across Sydney for four weeks, with losses now hitting $450,000 each week.

“The average child care subsidy in NSW is about 55 per cent, so when you waive gap fees you’re giving up 45 per cent of your fee,” Goodstart advocacy manager John Cherry said.

“When you’re waiving your gap fee on half of your children, you’re simply not covering the costs of educators wages and rent.”

He said Goodstart centres across NSW were seeing, on average, a 42 per cent absentee rate among its children, and as high as 85 per cent in key hot spot zones such as Fairfield.

Rod Nadwie-Smith, head of operations at Uniting Early Learning, said its 45 centres across NSW had experienced losses totalling about $120,000 a week but this would likely rise if COVID case numbers continued to balloon.

“We are starting to see the absentee rates continue to increase day on day. At the moment it is $120,000 a week and we’re expecting that to go up if the numbers keep increasing,” he said.

Jennifer Lopez, 52, Just Took Her Washboard Abs For A Walk In A Crop Top And Pants Set In Los Angeles