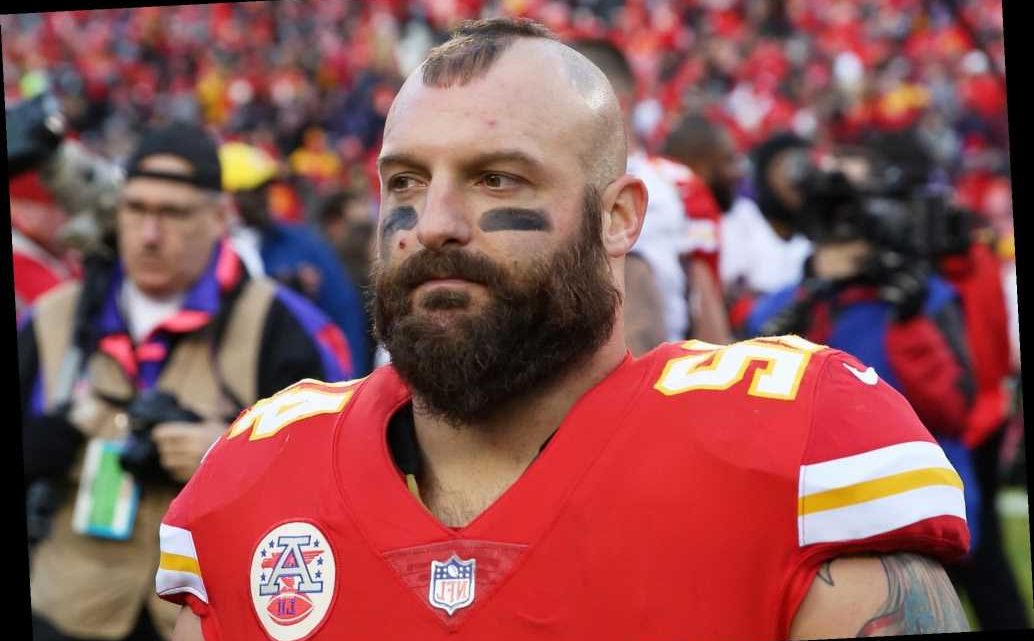 Kansas City Chiefs player Anthony Sherman had an epic surprise for one of the team's fans.

Ward was surprised with the tickets while on a Zoom call with a hospital for an exit survey, according to WIBW 13. While on the call, CBS' Jay Feely told the student that he was headed to Tampa, Florida, for the game.

"I got a little buddy of mine, his name is Anthony Sherman, he plays fullback for the Chiefs, and he wants to give you two tickets," Feely said on the call, the outlet reported.

"You're lying right now. Are you serious? The Shermanator wants to give me tickets?" Ward replied. "This is a dream come true."

Ward was diagnosed with diffuse intrinsic pontine glioma (DIPG) in 2019. According to Boston Children's Hospital, DIPG are "highly aggressive and difficult to treat brain tumors found at the base of the brain." Because of their location on the brain stem, these tumors impair the body's most vital functions, such as breathing, eating, blood pressure and heart rate.

"The doctors told me I only had nine months to live. That day completely shook my world," Ward told KWCH.

However, Ward has defied the odds, continuing his fight for nearly two years with radiation and chemotherapy. To get through his treatments, the college student often watched football.

Due to the airborne transmission of COVID-19 and case spikes across the country, the CDC continually advises against gatherings of large groups and recommends six feet of distance and face coverings at all times.

"We were watching one of the playoff games in the hospital, and he could only stay awake for about two to five minutes at the time because the trial had been so rough," Ward's mother, Lisa Ward, said.

RELATED: How the 2021 Super Bowl Will Be Different Because of the COVID-19 Pandemic

In addition to traditional treatments, Ward was selected for some groundbreaking clinical trials. WIBW reported that one of the trials shrunk his tumor by 25 percent.

"Now is a time more than ever that we should be hopeful in DIPG, because there's a lot of new technology," Ward said. "The monster that we face is not dead yet, but there's reason to be extremely hopeful for the future."

Ward will be going to Tampa with his dad for Super Bowl LV. He will also get the chance to meet with Chiefs quarterback Patrick Mahomes over Zoom.

The Buccaneers and the Chiefs are facing off at Super Bowl LV on Sunday in Tampa. The game will air on CBS at 6:30 p.m. EST.