CHEEKY sellers are flogging Poundland homeware items for up to ten times their original price on eBay.

The vases, which are no longer available in store, all cost £1 to buy, but people are trying to pass them off as fancy homeware to bump up the price. 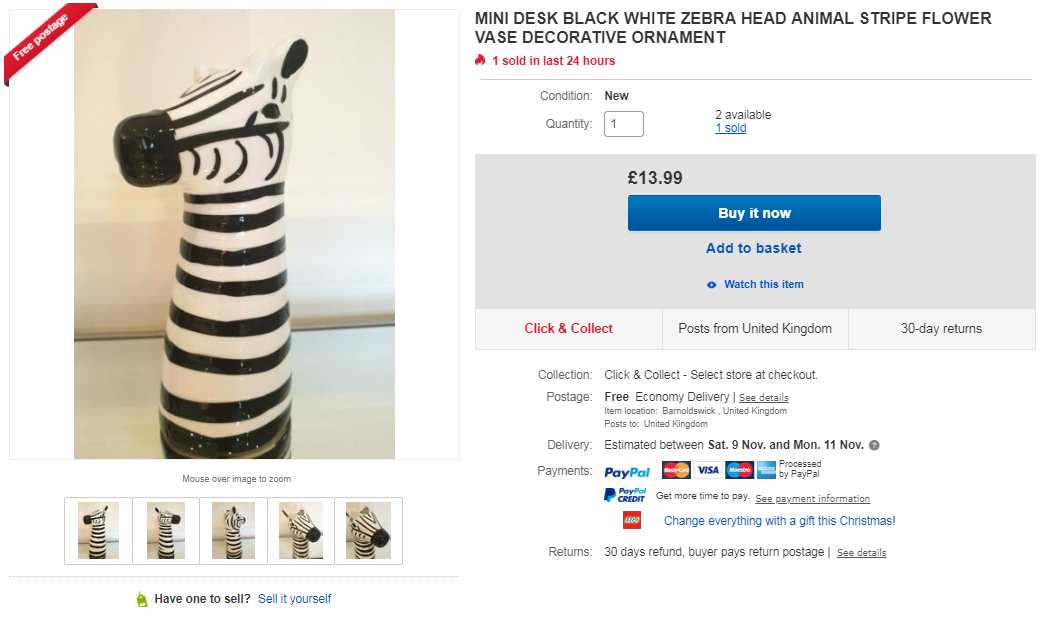 Poundland-lovers on the Poundland Appreciation Society Facebook group were the first to call out these cheeky sellers.

One user shared a snap of a set of animal vases which cost £3 altogether to buy for sale on eBay for a whopping £35.

That listing is no longer appearing on the site, and it’s not clear if the seller changed their mind or if one unlucky shopper bought the overpriced homeware.

But, many Poundland homeware items are still listed as for sale on eBay at way above their original price.

And, they're selling – some listings have several of the same item available, and are showing that some of the stock has already been sold at the bumped up price.

None of the listings found by The Sun stated that the items were originally from Poundland in the title or description.

Many of the items we found were part of the discount chain's spring summer homeware collections which is no longer available in store, and all of them originally cost just £1 to buy.

A quick search for the zebra vase from the collection reveals many sellers listing the item for between £6 and £8 each. 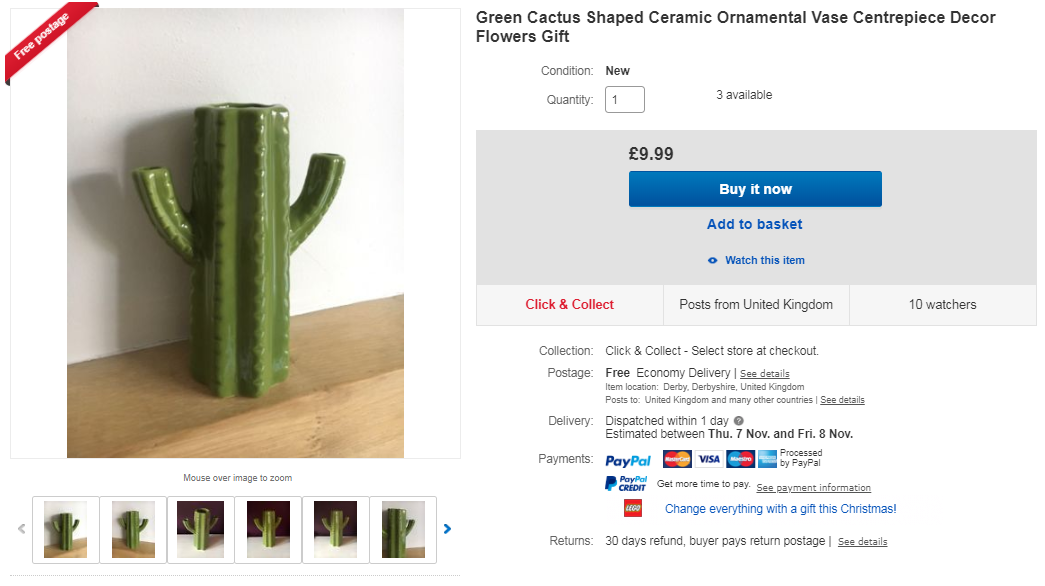 The Sun even found one seller flogging the vase for £14, that’s 14 times the original selling price.

Even after you factor in postage costs, many sneeky sellers are making huge profits of items that cost them a quid.

The fact that these items are reselling so high could be because many are dupes of luxury homeware items.

Another vase from the range cropping up on eBay is a stylish cactus vase, which are going for between £6 and £10 each. 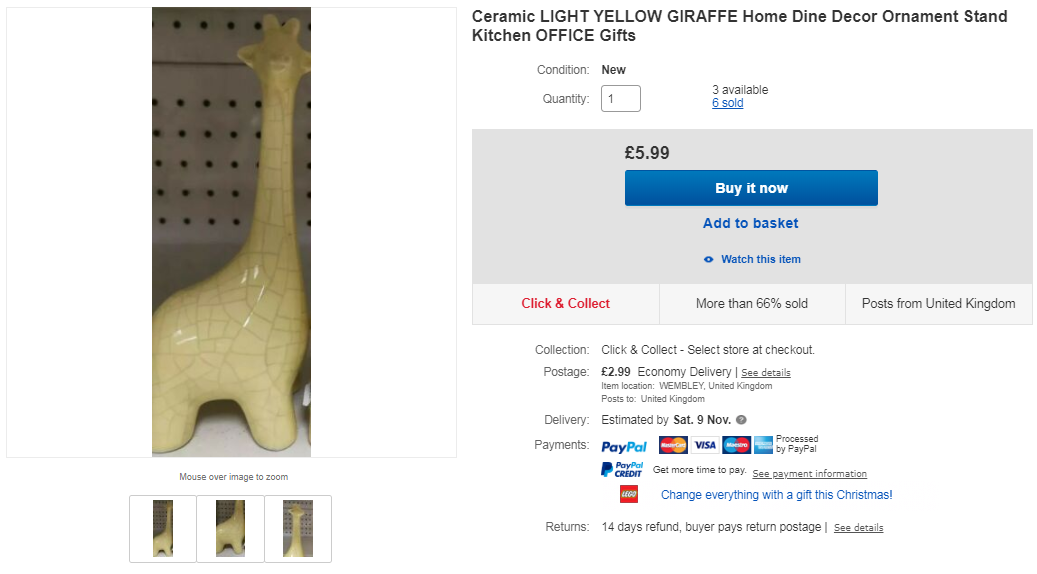 A ceramic-style giraffe ornament from Poundland is also being pushed as a pricier product, with one seller charging £10 each.

And, some people aren't even waiting until the items are no longer available in store before they try and shift them online.

The same box has already popped up on eBay for a whopping £13, and they've only been on sale a few weeks.

And, many of the people listing Poundland products have several of the same item on sale, suggesting that they’ve bulk bought the products to sell on later. 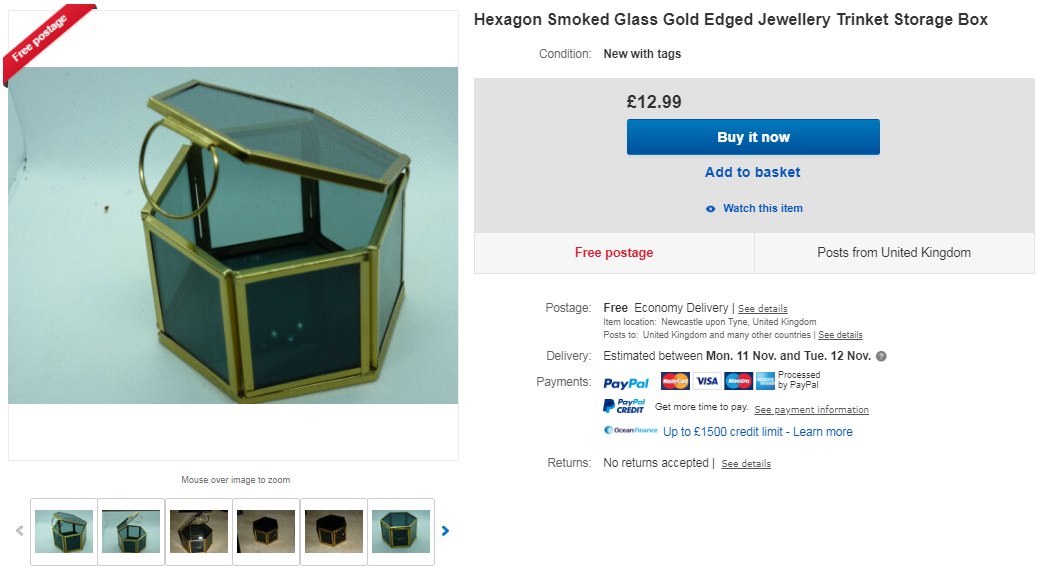 One seller had listed nine giraffe ornaments for £6 – that's a £45 profit on a £9 investment, before you factor in postage costs.

And, they've already sold six of the nine ornaments they've listed, so their scheme is clearly working.

Another eBay user had three zebra head vases for sale at £14 each – a £39 pre-postage profit on items that cost £3 to buy.

It's no surprise, then, that some sellers are trying to shift bargain products at a hiked up price.

A bid or purchase on eBay is considered a contract and you're obliged to purchase the item.

But, in reality, eBay does very little to enforce this and the worst they can do is suspend your account.

If you change your mind you can contact the seller and ask them to cancel the sale, but they can refuse.

So, if you do end up accidentally buying something you could get cheaper in a Poundland store, remember that there isn't much eBay can do if you change your mind before you pay.

Poundland is set to unveil a range of £10 products from next month including bulk boxes of washing powder.

In fact, it has been bumping up a lot of its prices – but 75 per cent of products still cost £1.

The chain is also experimenting with frozen food in some stores.

Indy Power: Into the Baby bubble

How to Watch the 2019 E! People's Choice Awards on TV and Online
Entertainment