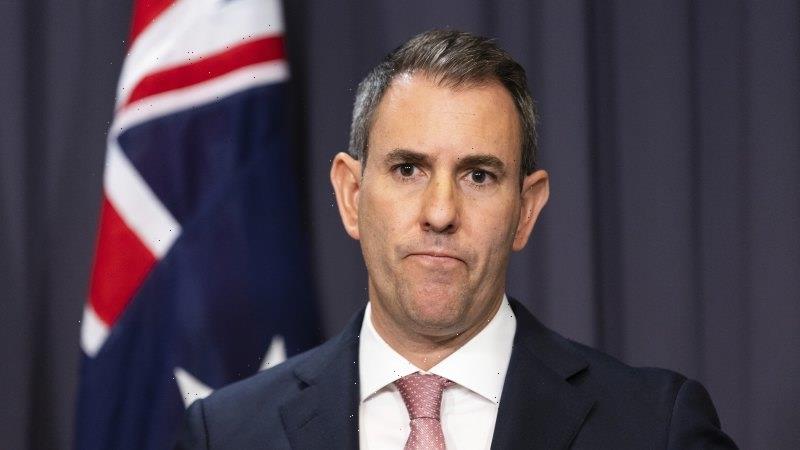 Treasurer Jim Chalmers has admitted there will be political risks taken in this month’s federal budget to bring spending under control amid growing evidence the Reserve Bank’s aggressive interest rate increases are starting to bite.

Chalmers, who will deliver his first budget on October 25, said it was critical the government ensure the budget is structurally sound as the global economy faces its third substantial slowdown in 15 years. 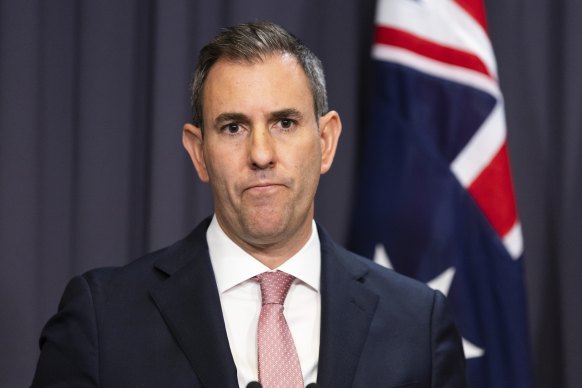 Treasurer Jim Chalmers has warned it was critical the government ensure the budget is structurally sound.Credit:Alex Ellinghausen

Chalmers said his job was to make tough decisions and hold an “adult” conversation with voters about the challenges facing the budget, especially the spending pressures on the nation’s finances.

“It requires some element of political risk to wind back some of that spending and people will see that in October and I think that will be a defining feature of our approach,” he told ABC radio.

“You know, one of the kinds of things that people say about our government is that the adults are in charge. I think part of that is treating people like adults not talking down to them.

“I think it means levelling with people about the challenges that we are grappling with as a government challenges in the budget, in the economy, and in our society more broadly. And I think that the situation is so challenging, particularly in the near term.”

On Sunday Prime Minister Anthony Albanese rebuffed talk of an overhaul of the stage three tax cuts after a week of political pressure over its pre-election support for the cuts, due to start in mid-2024, that will cost the budget $243 billion over a decade.

Chalmers, who heads to the United States later today for the annual International Monetary Fund meeting, said he believed Australia would avoid recession but noted the global outlook was deteriorating.

“It’s increasingly becoming the expectation of the global economic community that we could be facing what would be the third substantial global economic downturn in the past decade and a half, but this one, if it happens, will be very different,” he said.

He made the comments ahead of the release of the Commonwealth Bank’s household spending intentions index which showed a 0.5 per cent fall through September with drops in key discretionary and large spending areas.

It was the first fall in the index, which is based on Commonwealth Bank internal spending and lending figures and Google trends search data, since April.

The banks’ chief economist, Stephen Halmarick, said it appeared consumers were starting to feel the impact of the Reserve Bank’s 2.5 percentage point increase in official interest rates over the past 6 months.

“The effect of rising interest rates is beginning to impact on household budgets and Australian consumer spending is adjusting accordingly,” he said.

“Households are seeing a noticeable difference to their mortgage repayments and therefore are considering how they can adjust their expenses elsewhere.”

The biggest drops in September were across health and fitness, home purchases, household services and transport.

Home purchases dropped by 4.4 per cent last month to be down 24.6 per cent over the past year.

Retail spending lifted by 0.7 per cent, but this only offset a 1.3 per cent drop in August. There was a lift last month in alcohol, electronic goods and women’s clothing, but activity in home furnishings, speciality retail and grocery stores fell.

The spending intentions data is based on non-inflation adjusted dollars. Once inflation is taken into account, real spending is expected to be even weaker.

The report follows other indicators that the RBA’s interest rate increases are now starting to affect the broader economy.

The National Skills Commission’s internet vacancy index, which tracks online job advertisements, fell by 5.9 per cent or 17,600 positions in September.

Ads were down in all states and territories during the month.

Vacancies are now back to where they were in March, and down by 7.4 per cent from their June peak.

The biggest fall has been in Tasmania with advertisements there down by 20.6 per cent since the middle of the year. Among the larger states, the largest drop has been Queensland’s 8.7 per cent slip.

Separately, the Australian Industry Group’s services performance index this week showed a 5.3 point drop in September. It has now pointing towards contraction across the services sector.