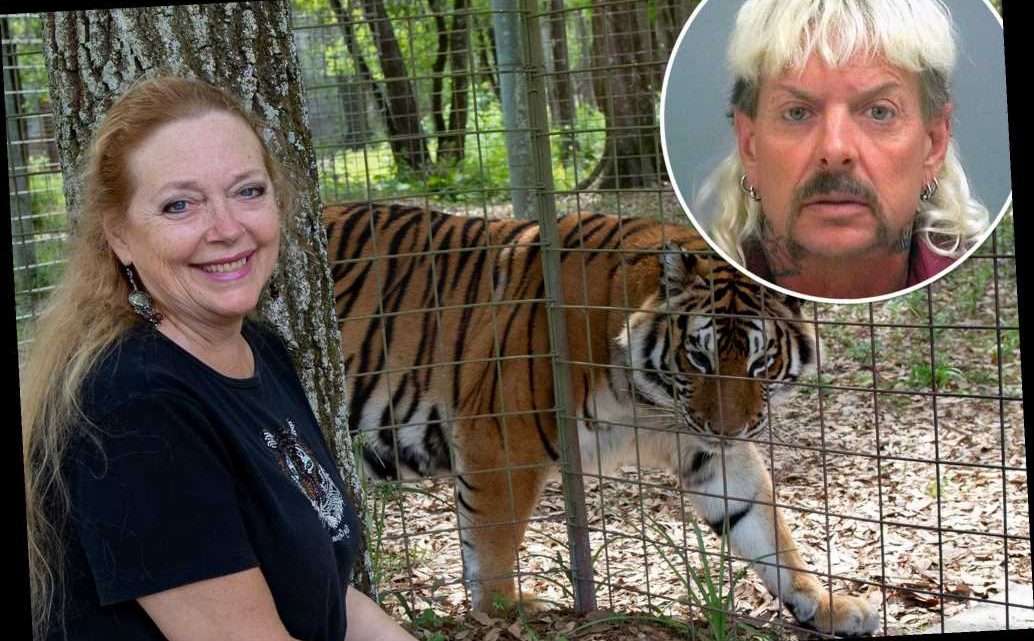 Carole Baskin elated Joe Exotic not pardoned: ‘He belongs in a cage’

Joe Exotic, with limo waiting outside prison, fails to get a pardon

The Tiger King deserves the same treatment he gave his animals, says Carole Baskin — and that does not include a presidential pardon.

The nemesis of Joe “Exotic” Passage was pleased if not surprised that outgoing President Donald Trump did not include the incarcerated Netflix docuseries star on his long list of last-minute pardons and commuted sentences.

“I think only Joe’s team and the media were ever even thinking about a pardon for Joe,” Baskin told BuzzFeed News. “There is no benefit, other than a feeble attempt to deflect attention, for anyone to pardon someone who walked up to five tigers and shot them in the head in order to clear cage space for the circus, who was going to pay him to board their tigers during the offseason.”

Exotic’s legal team had been so confident that the 57-year-old — who is currently serving a 22-year sentence for his role in a murder-for-hire plot against Baskin — would receive one of Trump’s many pardons that they prepared a limo and beauty crew.

“This time tomorrow, we’re going to be celebrating,” Eric Love, who is leading Exotic’s bid for freedom, told Metro.co.uk in an interview Monday afternoon. “We have good reason to believe it will come through.”

“It is the President’s Constitutional right to Pardon and we have to accept and respect his use of discretion. Our mission is just and continues,” Exotic’s lawyer, Francisco Hernandez, wrote on Facebook when it was revealed Exotic would not be pardoned.

Exotic allegedly wrote a tweet with a much more bitter response.

Baskin, however, feels Exotic is receiving exactly the “equal justice” he deserves. “Tigers are the world’s favorite animal and Joe Schreibvogel Maldonado Passage is right where he belongs: in a cage,” she told BuzzFeed.