Market intervention has emerged as a key concern for the energy sector after the federal government flagged a grant up to $8.7 million to upgrade a 40-year-old coal-fired power plant.

Industry experts and insiders said there was no need to use public money to extend the life of Delta Electricity's Vales Point coal plant in NSW because the market operator does not forecast a shortfall in supply and other coal generators have made similar investments without grants. 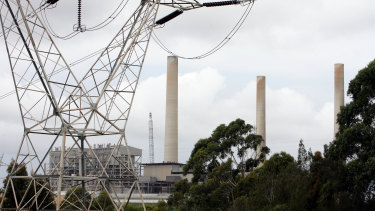 They also warned that private investors could be discouraged from investing in new energy generation due to the government's intervention to support the 1320 megawatt power station in NSW's Hunter region, which will wind down capacity towards its planned closure in 2029.

Energy and Emissions Reduction Minister Angus Taylor said on Wednesday the grant, which would upgrade turbines, would support jobs and consumers as well making the plant more efficient to reduce emissions.

"We are committed to taking action to bring down power prices and increase the reliable supply of electricity to protect the hip pockets of households, and better support our job-creating businesses and industries." Mr Taylor said.

The government has threatened to build its own gas-fired power plant by 2023 if private power companies did not commit by April next year to replace the "dispatchable" energy that will be lost when the 1680 megawatt Liddell coal plant is shut down.

Dispatchable energy can be quickly fired into the grid to fill gaps at times of peak demand. The government has set itself a target to bring 1000 megawatts into the grid by 2023.

He said the Australian Energy Market Operator forecast in August a shortfall of just 157 megawatts by that time, but also noted the NSW government had likely secured investment to fill the gap under its Emerging Energy Program, which has committed $37 million to leverage $233 million in private investment to build a combined 170 megawatts of grid scale batteries.

AGL and EnergyAustralia are also planning dispatchable battery and gas projects but are yet to commit to final investment.

"It's going to be very marginal in terms of the reliability of the grid," Mr McConnell said. "NSW and private companies have a range of investment plans, and this upgrade will only be a small portion of that capacity."

The upgrades to Vales Point, owned by Trevor St Baker and Brian Flannery, are expected to add 30 megawatts of dispatchable capacity and reduce emissions by 1 million tonnes over the next decade.

Grattan Institute energy director Tony Wood said other coal generators have made similar investments with their own money, and questioned why Delta wouldn't do the same if it were commercially viable.

"Clearly, yes this will disrupt the investment decisions of other power generators," Mr Wood said.

"Government should be able to say it has provisions in the Retailer Reliability Obligation and the Energy Security Board's market review and they don't need any other intervention to deliver adequate generation supply. Doing so just creates uncertainty."

The Australian Energy Council, representing the nation's largest power providers, said in September the government's plan for a new gas-fired power station "risks deterring the very investments the government is trying to encourage".

"For more than a decade we have been warning of the dampening effect state and federal government interventions have on investor confidence," chief executive Sarah McNamara said.

EnergyAustralia's Liz Westcott said the company will this week begin $80 million of plant upgrades at its Mt Piper power station near Lithgow to expand capacity by 60 megawatts.

Australia Institute climate and energy director Richie Merzian said the Vales Point upgrades would reduce the plant's emissions by 1 to 2 per cent.

"Funding the Vales Point life extension would be like adding another 15 years worth of pollution from domestic flights," he said.

The Vales Point upgrade has been shortlisted in the Underwriting New Generation Investments (UNGI) fund. Delta is required to submit a grant application, which will be assessed by the federal Energy Department.

Mum-of-two, 44, dies from bowel cancer after ‘treatment was delayed during Covid lockdown’
Entertainment