A NUMBER of changes to Universal Credit and benefits was announced today in the Budget, designed to make things easier on hard-up families.

Not all of the announcements made it into Chancellor Rishi Sunak Commons' speech so we've taken a closer look. 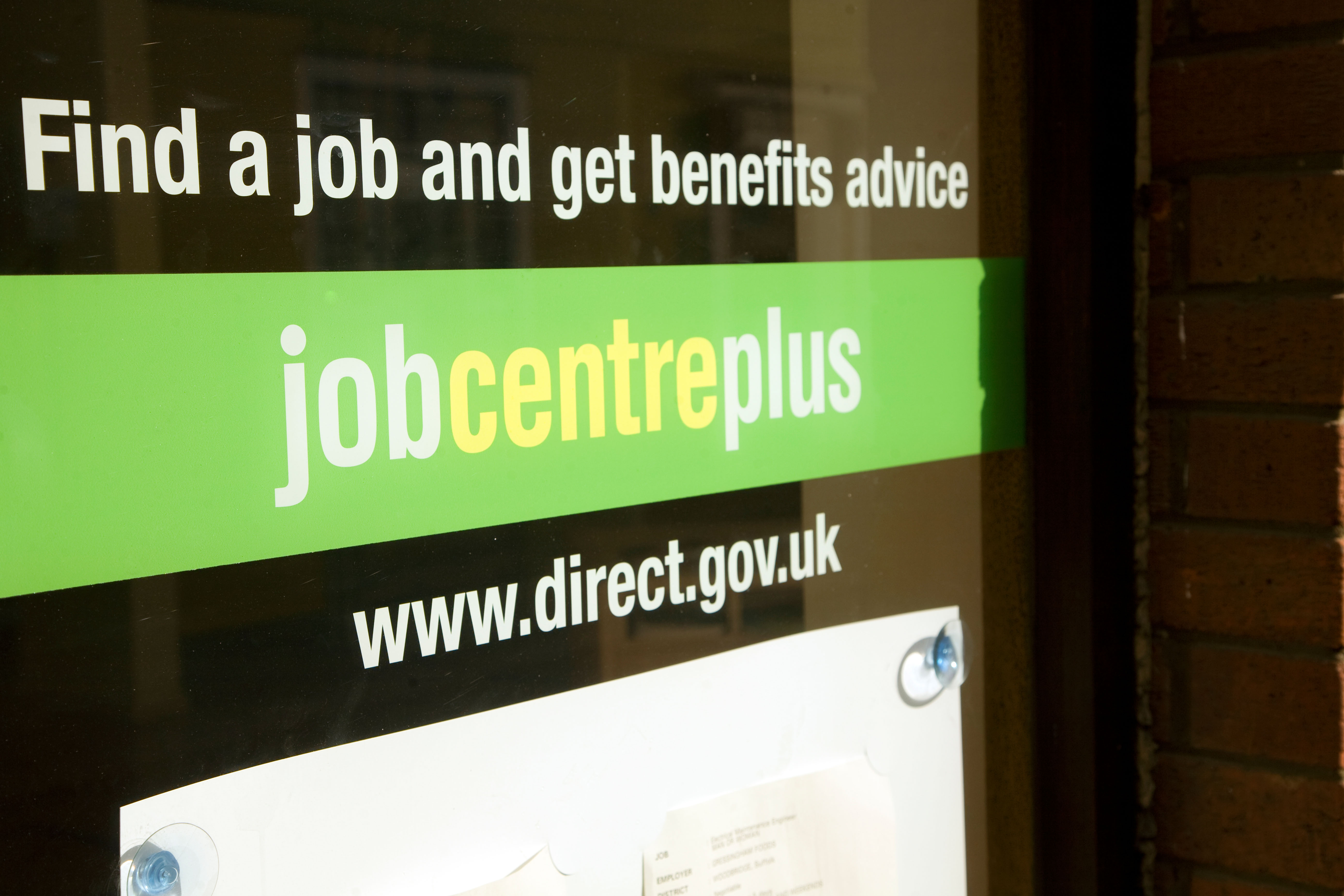 Here, we take you through all of the changes that were included in the Budget and what they mean for you:

Temporarily removing the Universal Credit Minimum Income Floor (MIF) will help self-employed workers who will lose income if they have to self-isolate.

Universal Credit is calculated for self-employed workers whose business has been running for more than 12 months by predicting what they may earn. This is known as the MIF.

It's worked out by multiplying the national minimum wage with the number of hours you agreed to work.

If you fail to earn the MIF your welfare payments won't be topped up, meaning you may have to work more to increase your income. 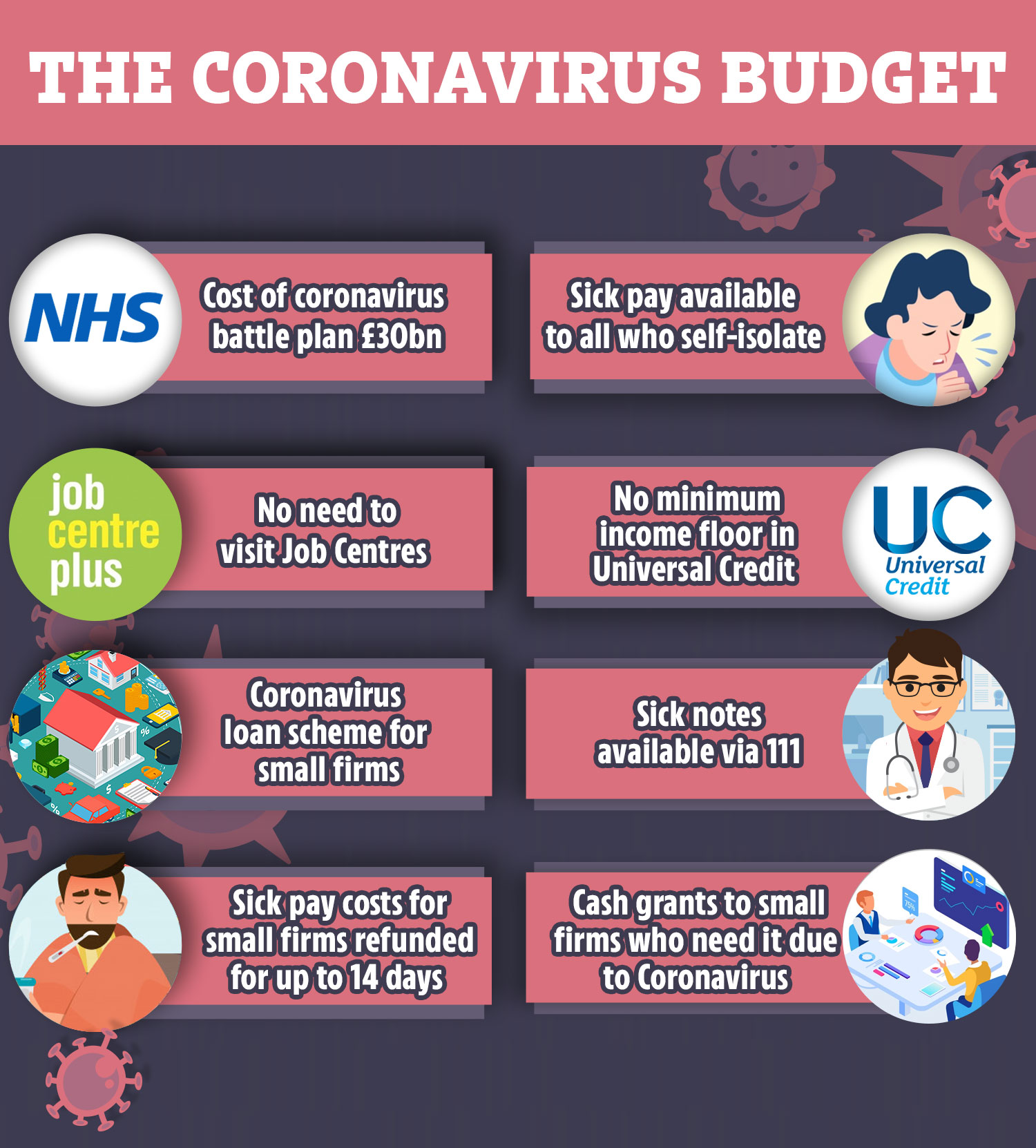 Removing it will take the pressure of those who feel they have to work through the sickness in order to be able to pay the bills.

The government has also temporarily suspended all Jobcentre visits while the COVID-19 outbreak is ongoing.

Households will be able to manage their benefits over the phone of via their work journal instead, without the risk of being sanctioned for missing a visit.

Time to pay back advance payments extended to two years

Those on Universal Credit who take out an advance payment will soon be able to pay it back over two years.

It means that households will be able to keep hold of more of their monthly benefits as they have longer to repay it.

This won't be coming into effect until October 2021.

Deduction rate reduced from 30 per cent to 25 per cent

The maximum amount that can be taken off your benefits to pay it back is also being reduced from 30 per cent to 25 per cent.

Deductions can be made to repay debts you have with other firms like water or energy companies. These are called "third party" debts.

'We need to ditch the five-week wait'

DEANNA Williams, 42, has been receiving Universal Credit since June 2018.

In 2018 she was diagnosed with a brain tumour and could no longer work. Now her only income is from Universal Credit.

The 47-year old from Nottinghamshire said her first payment took five weeks and during this time she had to take out an advance and pay it back.

A big change announced in the Budget was that advance loans for Universal Credit would now be paid back over two years instead of one.

Deanna said: “I agree with The Sun, people should not be waiting five weeks for their first payment.

“This forces them to take a loan and this didn’t happen on the older system. It’s putting more people into unnecessary debt.

When she was working, Deanna had two jobs as a cleaner and was also a relief support worker.

Deanna receives £1,508.56 a month after £445.48 is deducted for Keith’s pension, repaying a Universal Credit loan, and her care allowance.

She said: “It’s good to see the government putting plans in place because of the coronavirus but this should be the case anyway no matter what the reason for someone being unwell.

“When I became ill I did not qualify for sick pay and claiming UC was not easy.”

“There needs to be a better balance created and things like the ESA should always be paid from day one.”

On the news of self employed workers getting greater access to benefits Deanna said: “I think it’s good the self-employed will get help too as they never get much, but I feel it should be more of a permanent thing.”

Putting a cap on it means you get to keep a bit more of your benefit although you'll be repaying the debts over a longer among of time.

For example, if a claimants currently receives £670 a month, but owes £1,000 in unpaid water bills, he may have previously paid back £201 a month.

That will leave him with £469 of his Universal Credit payment to live off.

People who claim Universal Credit and Jobseeker's Allowance have to record evidence that they have been actively looking for work for a specified number of hours.

If they fail to turn up to a Jobcentre meeting or to provide the evidence then they may be sanctioned.

The sanction means you are banned from claiming benefits for a certain amount of time – this can vary depending on the severity of the offence.

What to do if you have problems claiming Universal Credit

IF you're experiencing trouble applying for your Universal Credit, or the payments just don't cover costs, here are your options:

Apply for an advance – Claimants are able to get some cash within five days rather than waiting weeks for their first payment. But it's a loan which means the repayments will be automatically deducted from your future Universal Credit pay out.

Alternative Payment Arrangements– If you're falling behind on rent, you or your landlord may be able to apply for an APA which will get your payment sent directly to your landlord. You might also be able to change your payments to get them more frequently, or you can split the payments if you're part of a couple.

Budgeting Advance – You may be able to get help from the government to help with emergency household costs of up to £348 if you're single, £464 if you're part of a couple or £812 if you have children. These are only in cases like your cooker breaking down or for help getting a job. You'll have to repay the advance through your regular Universal Credit payments. You'll still have to repay the loan, even if you stop claiming for Universal Credit.

Foodbanks – If you're really hard up and struggling to buy food and toiletries, you can find your local foodbank who will provide you with help for free. You can find your nearest one on the Trussel Trust website.

The government has agreed that it will cut the longest sanction, which is three years.

It brings high-level sanctions to 13 weeks for the first failure to comply and 26 weeks for each subsequent failure, making 26 weeks the duration of the longest single sanction.

Extra funding has been put aside so that those who claim pension credit and severe disability premium won't end up out of pocket as a result of being rolled onto Universal Credit.

People on Personal Independence Payment (PIP) have to go through a review of their health every so often to ensure that they're still entitled to the benefit.

How frequent these are depends on the severity of your condition, but it can vary from anything from annually up to a decade.

The government has said it will reduce the minimum frequency of the reoccurring visits to every 18 months.

Claimants will no longer be able to send their benefit payments to support children abroad.

It will apply to all EEA migrants arriving in the UK under the new immigration system from January 2021.

Those who get benefits to help them cover their mortgage payments will soon be able to port their payments when they're moving home.

It was announced back in June 2019 but promised again in the Budget today.

Opposite-sex couples that choose a Civil Partnership will get the same rights to inherit a pension as married couples.

The Scottish government will be given control over a number of disability benefits under the Scotland Act 2016.

Staff who need to take time off work for unpaid for caring responsibilities, such as looking after a family member or dependent could be entitled to paid leave.

The government plans to launch a consultation on the scheme that will workers to balance their caring responsibilities with work, particularly women who disproportionately undertake unpaid caring activities.

Parents will be entitled to paid-for leave from work if their baby has to spend an extended period of time in neonatal care.