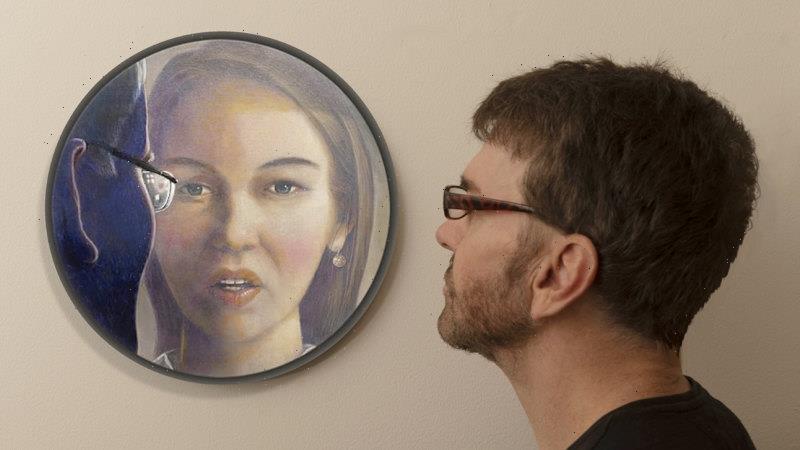 In a year where women’s marches blocked city streets, and allegations of rape and impropriety shook Australian politics to the core, the standard-bearers for reform have been immortalised for this year’s Archibald Prize.

Portraits of the Australian of the Year, Grace Tame, and the former Liberal staffer, Brittany Higgins, have been entered in the prize’s 100th anniversary year. 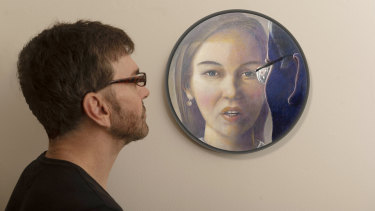 Artist Darren Pryce with his portrait of Brittany Higgins.

Another female pioneer, Indigenous director, producer and screenwriter Rachel Perkins, has been painted by her artist niece Thea Madden, herself a finalist last year for her portrait of her grandfather Gadigal/Redfern elder Charles Madden.

Pryce approached Higgins through her partner, meeting her in Brisbane in March, around the time the ABC’s Four Corners program examined the culture of Canberra’s Parliament House.

“I got a sense of a young woman with a lot on her shoulders,” Pryce said. “I could see she was strong even though she was burdened by it all. I aimed to create a portrait that showed her strength but also her vulnerability.”

He shelved his first portrait, a large oil more than two meters high, that “seemed brazen and too colourful” that in hindsight “didn’t quite suit her”.

His second attempt was a “smaller one, around the meeting that I knew was coming up between Brittany and the Prime Minister” where they discussed the needs for safeguards for staffers in the Australian Parliament. About the size of a dinner plate, “it’s like a window in and you are looking through a peephole into the room”. 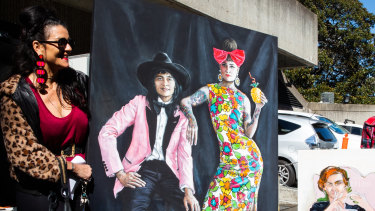 “Scott Morrison being finally forced into making time to listen to Brittany was a historic moment – and I felt important to document and hold it for posterity,”

Anne Ryan, curator of the Archibald, Wynne and Sulman Prizes 2021, said portrait subjects were often known to the artist – other artists or self-portraits – or are achievers in lower-profile areas including literature, academia, medicine, and philanthropy.

The first female sitter to win the prize, was artist Violet McInnes in a 1923 portrait by her husband W. B. “Bill” McInnes and the first female winner was Nora Heysen in 1938, who remains the youngest Archibald winner at 28. During the course of this past century, only 10 female painters have won the prize, and only 17 women sitters have been chosen by the Art Gallery of NSW Trustees as the “winning face”.

“Women have been traditionally underrepresented in the prize and it is time for that to change,” said Rozelle artist Tania Wursig.

“The Australian art world is a bit of ‘a club’ but it is time the trustees stopped picking the usual suspects – they need to open the gate a bit wider to let in artists outside the establishment – especially women,” Wursig said.

“I decided to stick to my guns in representing women this year – this is a beautiful couple and they are both fashionistas with a great sense of colour – we need that after a year of too much doom and gloom.”

The 2021 Archibald finalists and Packing Room Prize winner will be announced on Thursday May 27.