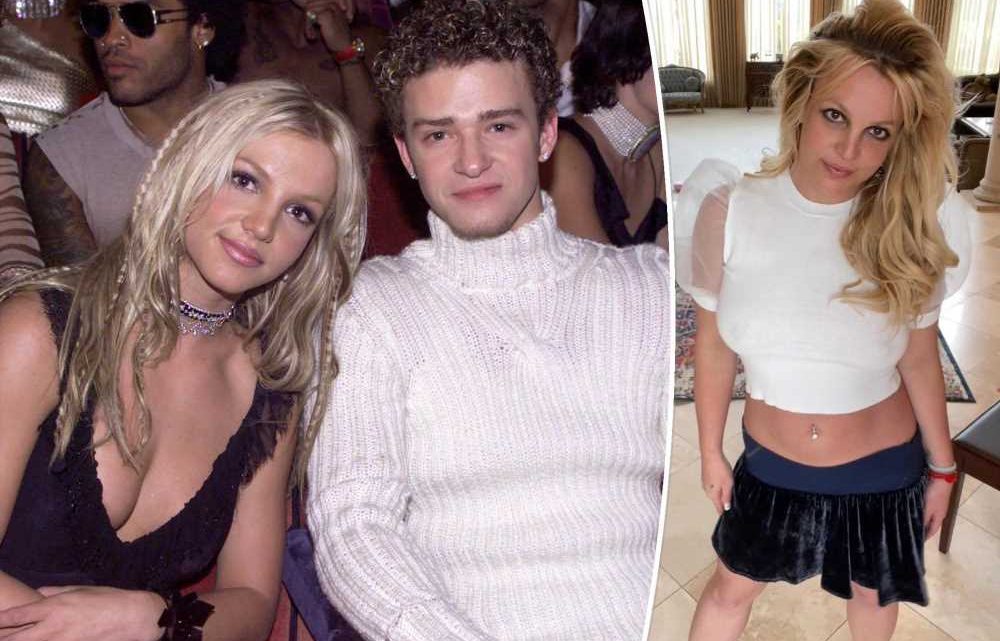 Britney Spears reunites with Donatella Versace: ‘Bad bitches are up to no good’

From the bottom of her broken heart.

Britney Spears appears to have had a change of heart about her feelings toward ex-boyfriend Justin Timberlake.

Despite previously posting videos of herself dancing to his songs in the background of her Instagram videos, the pop icon is now blasting Timberlake for “using” her name to sell records of his debut album, “Justified,” back in 2002.

Spears, 40, wrote in a since-deleted post shared to Instagram this week that Jesus spoke to her about those who betrayed her.

“Your mom had a serving with her book at the exact time when you needed her most …all for WHAT ??? FAME and ATTENTION!!!!,” she claims the Lord said of Lynne Spears.

Britney’s mom released “Through the Storm: A Real Story of Fame and Family in a Tabloid World” in 2008, which covered much of her daughter’s public struggles with paparazzi and mental health.

The “Stronger” singer then added of Timberlake, “Your ex did the same thing … he served with his first album using your name claiming you did him dirty!!!!” 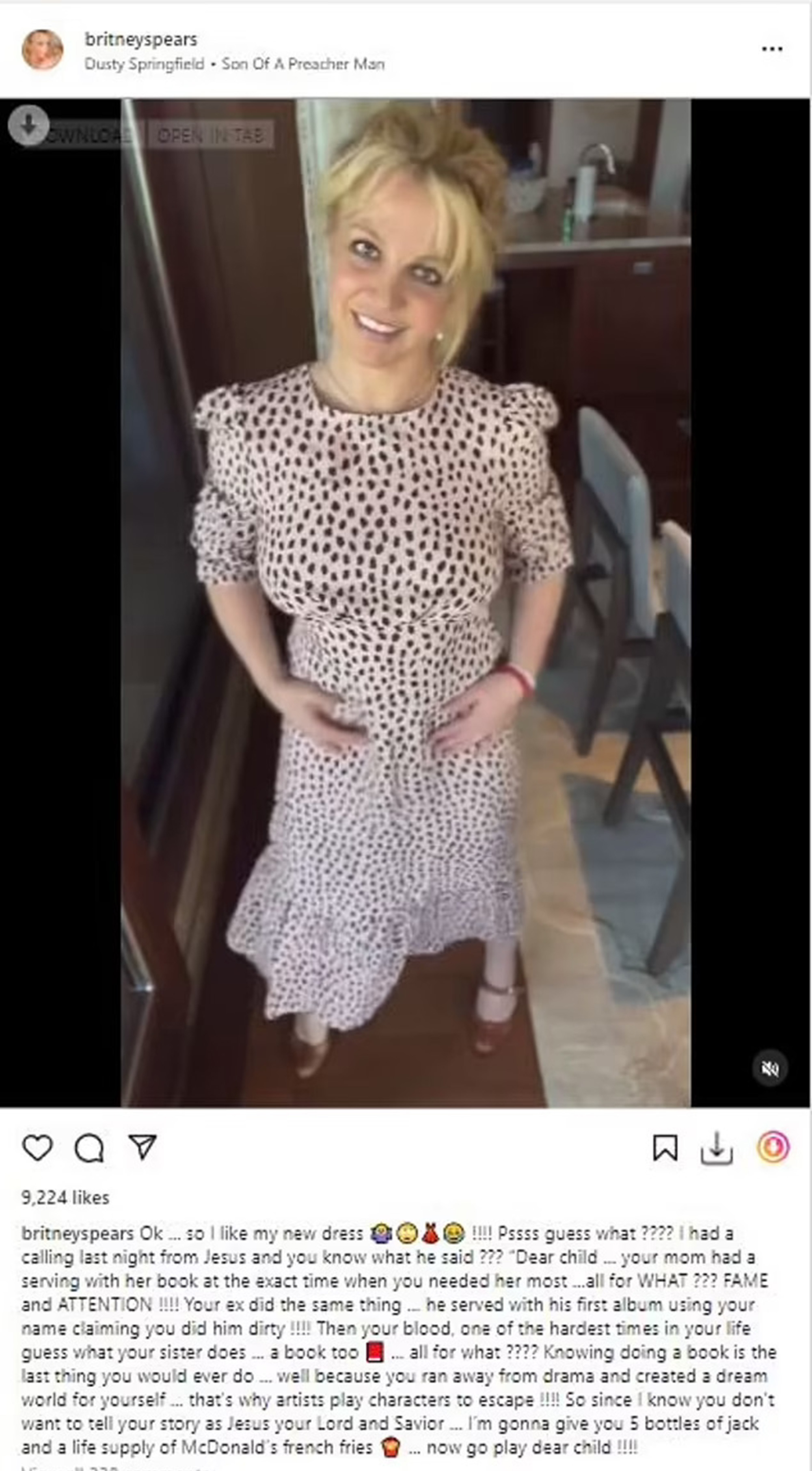 The former couple dated from 1999 until cheating allegations on Britney’s behalf surfaced in 2002.

Timberlake, 41, seemingly confirmed those rumors by releasing his hit heartbreak track, “Cry Me a River,” that same year, and hiring a Britney look-alike as the model for the video.

The dichotomy between how the media treated Timberlake versus Spears was spotlighted in the documentary “Framing Britney Spears” in February 2021.

Timberlake issued a statement soon after the doc’s release, apologizing to both his ex-girlfriend and Janet Jackson for their 2004 Super Bowl performance nip slip.

“I am deeply sorry for the times in my life where my actions contributed to the problem, where I spoke out of turn, or did not speak up for what was right,” the “Mirrors” singer wrote in February 2021. “I understand that I fell short in these moments and in many others and benefited from a system that condones misogyny and racism.”

In April 2021, Britney appeared to accept Timberlake’s apology by sharing a throwback photo of them together.

However, the post made no mention of Timberlake. Instead, it was a birthday shoutout for her younger sister, Jamie Lynn Spears, whom Britney has also had a falling out with amid the release of Jamie Lynn’s memoir, “Things I Should Have Said.”

In June 2021, Timberlake spoke in favor of Britney again amid her conservatorship battle.

At the time, the “Piece of Me” singer had just delivered a 23-minute speech to Los Angeles Judge Brenda Penny, in which she blasted her family and alleged that the actions of her father, Jamie Spears – who controlled the conservatorship until September 2019 – were “abusive.”

“After what we saw today, we should all be supporting Britney at this time,” Timberlake tweeted.

“Regardless of our past, good and bad, and no matter how long ago it was… what’s happening to her is just not right,” he continued. “No woman should ever be restricted from making decisions about her own body.”

A rep for Timberlake did not immediately return Page Six’s request for comment on Britney’s latest post.

Britney is now engaged to actor Sam Asghari, whom she has been dating for more than five years. Meanwhile, Timberlake is married to Jessica Biel, and they share two sons.

Britney also has two sons, Sean, 16, and Jayden, 15, from her previous marriage to Kevin Federline, whom she dated after her split from Timberlake.