Home » Lifestyle » Brit Beat: Glass Animals’ Manager on Where the Group Goes Next; Korda Marshall on Returning to Mushroom 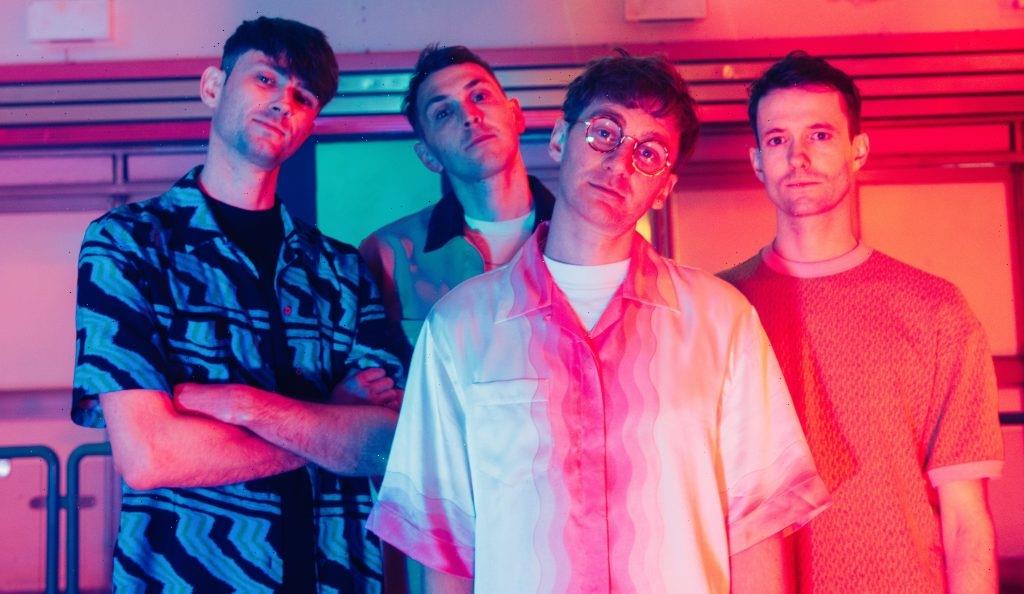 Brit Beat: Glass Animals’ Manager on Where the Group Goes Next; Korda Marshall on Returning to Mushroom

There’s only one thing rarer than a March heatwave in the U.K. – and that’s a British alternative group topping the U.S. charts.

So Glass Animals’ slow-burn ascent to the Billboard Hot 100 summit with “Heat Waves” represents a highly unusual double whammy. The song took a record 59 weeks to hit the top and, having spent three weeks there to date, is now the longest-running American No. 1 by a British group since the Spice Girls’ “Wannabe” in 1997.

The band’s manager, Amy Morgan of September Management, puts the success down to the band’s work across three albums before “Heat Waves” became a single.

“They’d built a real world and a real fanbase for themselves,” Morgan tells Variety. “Their live trajectory and the amount of touring they’d done meant they have an incredibly activated and engaged community around them – and that was really where all of this started.”

Remixes, sync placements, TikTok trends, touring and, eventually, radio play that spread out from the band’s alternative stronghold kept the song building, with a nomination for best new artist at this weekend’s Grammys likely to bring even more attention.

“Getting that recognition is a real big moment for them, because they’ve always been outsiders and underdogs,” says Morgan. “At the core of all this, there’s a really brilliant song that has connected with people during a very difficult time. The song is never going to go away for that reason. ‘Heat Waves’ will become timeless and live in its own world forever – and that’s a beautiful thing.”

Attention will, however, eventually turn to the follow-up, but Morgan – who also runs September’s publishing company – says the band will be taking time out to write new material when its tour finishes, rather than continuing to promote the “Heat Waves” parent album, “Dreamland”.

“The band are brilliant musicians, and keeping them from making music any longer is going to be debilitating for them,” she says. “They’re going to need a minute. It takes a while to build all the pieces of the world of a record for them. They’re not going to come back super-fast, and that’s OK. In terms of the expectation I’m not worried, because I honestly believe they’re some of the most talented people out there.”

Meanwhile, the U.K. industry – concerned for a while now about the lack of international breakthroughs for new British artists – will be hoping the success opens doors for a fresh generation of talent.

“That’s important to me and the band,” says Morgan. “I hope [the success] makes the industry think more about the potential of alternative music, and that people in the U.K. invest more in the international side of campaigns. I hope this means more artists will have that opportunity – British music needs to travel for the industry in the U.K. to remain healthy, vibrant and exciting.”

One bit of the British music industry that will definitely be traveling is the boss of Glass Animals’ U.K. label. Polydor co-president Tom March will become president of America’s Geffen Records in July.

March’s co-president, Ben Mortimer, will now run Polydor solo, and there are also changes at some of Universal’s other frontline U.K. labels. Capitol and EMI have this month combined under the joint leadership of co-presidents Rebecca Allen and Jo Charrington.

EMI was long the U.K.’s marketshare champ (although it lost its crown to Sony’s RCA last year), while Capitol found regular international success under Charrington and co-president Nick Raphael (who left in January), with U.K. signings such as Sam Smith and 5 Seconds of Summer. Now that they’ve united, you can expect a focus on global breakthroughs across the EMI family, which also includes the British Motown label.

Ones to watch include Capitol’s Mae Muller – currently enjoying a hit Stateside with Neiked and Polo G on “Better Days” – and U.K. rap star Aitch, who tours the U.S. in May, plus EMI’s rising multi-genre star, Bree Runway. Runway is currently writing and recording in America and has sold-out debut shows in New York and Los Angeles in May. Watch this space…

The new set-up also sees veteran British exec Korda Marshall return to Mushroom, where he served as managing director in the 1990s, enjoying huge success with the likes of Muse, Garbage and Ash.

“Mushroom was so important in the early stages of my career, so it’s great to be back in that environment,” Marshall says in his first interview since taking on the role. “Everything we’ve been doing is with the spirit of Michael, with the aim of taking a few risks. All we need now is some fucking amazing music so we can roll the dice and see what happens.”

To that end, Marshall has already made two signings – lo-fi hip-hopper Joshua Epithet and a just-inked deal with alt-rockers Demob Happy. And he’s convinced that alternative music is on the rise again.

“I remember the first time guitars died – in the 1980s!” he quips. “I’ve spent my life looking around the edges because often that’s where the greatness is, and that world is rife for the mainstream again. There are a lot of really exciting things happening creatively, and that’s part of the reason for still being on the pitch and wanting to get this deal done.”

Marshall is in the process of recruiting key staff in London and hopes Mushroom will add additional international offices as it expands globally.

“One of the things Michael Gudinski taught us is that it’s a big old world out there,” he says. “But we’re not after world domination and we’re certainly not in a position where we have to worry about market share. We’re going to find some great talent, have some fun and create something really interesting.”

“We want to bring as many companies together as possible,” he says. “Some of those will be handshake deals and some will be through acquisition – bringing together the industry is what’s important. And there’s certainly more to come in the U.S.; to be the No. 1 growth partner for the music industry, we have to be across the globe.”

Despite the acquisition spree, Neri – also chair of the Music Publishers Association and formerly EVP/head of European business development at Downtown Music Publishing – says Utopia wants to work in partnership with existing companies through its central technology platform, not in competition with them.

“We are based in Switzerland, and Utopia is the Switzerland of music,” he says. “We want to be a neutral partner. We want to power everyone with the insights from our platform and all the services offerings we have.”

Utopia pledges to streamline copyright registration, reduce administration costs, increase transparency and accelerate royalty payments as part of its “Fair Pay for Every Play” strategy. Neri expects to make “significant progress on that journey” in the next five years, saying rights-holders, artists and songwriters will all benefit.

“If we grow the whole pie for the whole industry, everyone wins and that’s what we’re focused on,” he says. “We want more money for everyone.”

Payments for musicians are also on the mind of the new general secretary of the Musicians’ Union. Naomi Pohl was elected this month, replacing Horace Trubridge and, in the process, becoming the first female leader of the union in its nearly 130-year history.

“Unions are male-dominated, the music industry is male-dominated and our membership is probably 65-70% male,” says Pohl, who had previously served as deputy general secretary. “It’s definitely a sign we’re moving in the right direction. Hopefully anybody who’s under-represented in the union will see this as a sign of change.”

Pohl has a busy agenda ahead, including campaigning for more music education in schools, greater freedom of movement for touring musicians post-Brexit and increased arts funding in the wake of the COVID pandemic. But many issues boil down to the need to boost hard-pressed musicians’ income.

“Our members have had the worst couple of years in history, so the number one priority has to be to try and improve on pay,” she says. “Our freelance community, in particular, has really suffered. We can’t afford to lose talent from the industry and I’m really worried that will happen.”

The MU is also a central part of the #FixStreaming campaign to increase streaming payments for artists and songwriters, with the campaign proposals still under consideration by the U.K. government.

“The government says they don’t rule out legislation, but we’re at a point where the government expects we will sit down with other industry organizations and try to come up with something we could all potentially agree on,” she says. “We’re coming up with a proposal we think the industry could get behind.”

Pohl praises Warner Music’s decision to follow Sony Music in scrapping recoupment for older record contracts (Universal is also expected to make a similar move) but says that “is not enough on its own”.

Those on the other side of the negotiating table had better get used to Pohl as well. She will serve a five-year term, but is already contemplating a second run.

“By then, I’d like to think members would feel they’ve had a better service and been better represented by us,” she says. “I’d like to make the union and industry a better place to work by improving the culture. I want our members to think we’re extremely relevant to them and that we’re always on the front foot to get out ahead of technological change.”

Exclusive: Yandy Smith-Harris Celebrated Turning 40 With Mendeecees And Her Closest Friends At This New Luxury Resort In Los Cabos