Home » Lifestyle » Bride-to-be upset as nephew, 10, will miss her wedding for sports Bride-to-be upset as nephew, 10, will miss her wedding for sports

Bride-to-be who’s upset that her nephew, 10, is missing her wedding for a sports contest is told SHE’S in the wrong as he ‘won’t care’ about the day

A bride-to-be who is upset because her nephew is missing her wedding was told she was being ‘unreasonable’ because he wouldn’t care about her big day.

The woman, believed to be from the UK, took to parenting website Mumsnet to explain her 10-year-old nephew was planning on missing the day for a ‘routine sporting competition’.

She added that her sister, who she described as her ‘best friend’, had not mentioned the plan, and that she was saddened that the contest is considered ‘more important’.

When the bride-to-be asked for advice on whether she was being unreasonable, the majority of parents responded saying she was because a 10-year-old boy ‘wouldn’t care’ about her big day. 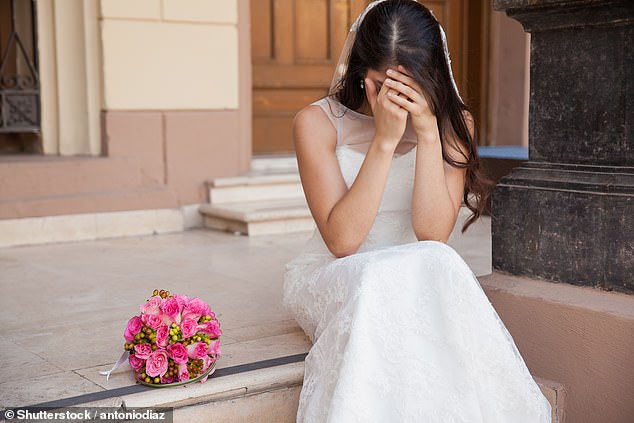 The woman explained how she has been wedding planning for two years and the big day is now only two months away in a post, pictured, on parenting website Mumsnet

Writing on Mumsnet the woman explained how she had been planning the wedding for two years and it was now only two months away.

She explained how she had been: ‘Notified today by a family member that nephew won’t be attending due to routine sporting competition.

‘I’m so hurt and upset that his sport is taking priority over my wedding and that sister considers it more important. Though mostly I’m upset that she didn’t talk to me.’

A fellow user offered advice saying: ‘Yes, you are being unreasonable. I expect she is too scared to tell you, because she knows you’re going to make a big fuss about it. Don’t.

When the bride-to-be asked for advice on whether she was being unreasonable, the majority of parents responded saying she was because a 10-year-old boy ‘wouldn’t care’ about the day

‘Think how nice it will be just to accept that this is OK and get on with looking forward to your wedding with no drama, no tears, no fallings out. Your wedding doesn’t need to be like an Eastenders wedding, incomplete without a row.’

Another said: ‘The ten year old isn’t going to be remotely interested in your wedding’.

While another wrote ’10 year old would not think your wedding was a priority over his sport. You are beings reasonable.’

However some agreed they would be upset to find themselves in the same position. 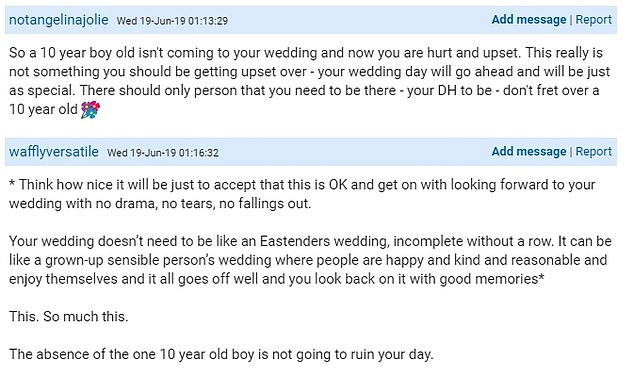 ‘I would also be very hurt if my sister did the same,’ the parent wrote.

‘Of course your wedding is more important than a routine sports competition, and you would want all of your family there to celebrate your day with you.

‘Can you tell your sister what your SIL told you, and let her know how much you would miss your DN on the day if he wasn’t to come?’

Another mother replied that they would be ‘VERY upset’ if their nephew missed their wedding but said the sporting event might be important to the 10-year-old. 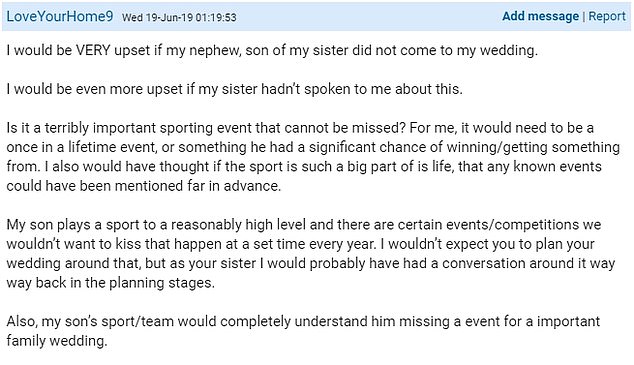 Elaine Ng willing to give Etta, her love child with Jackie Chan, more freedom to run her life