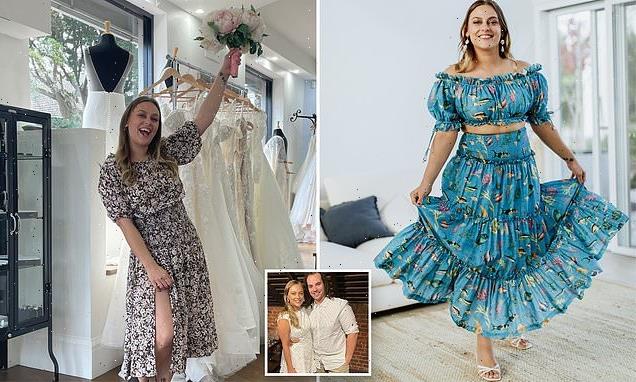 Owning a closet full of designer dresses purchased for special events over the past few years has helped a bride-to-be pay for half of her wedding.

Sophie Thomas, from Sydney, has made $20,000 by renting out various high-end gowns and outfits through online marketplace The Volte.

The platform allows anyone in Australia to list pre-loved clothes for rent  – all she had to do was caption photos of her dresses with the item name then wait and accept booking requests.

The rental period is determined by Sophie and usually ranges between four and eight days.

‘It seriously changed my life and now I can afford the things I’ve always wanted and desired – like my dream wedding,’ Sophie said. 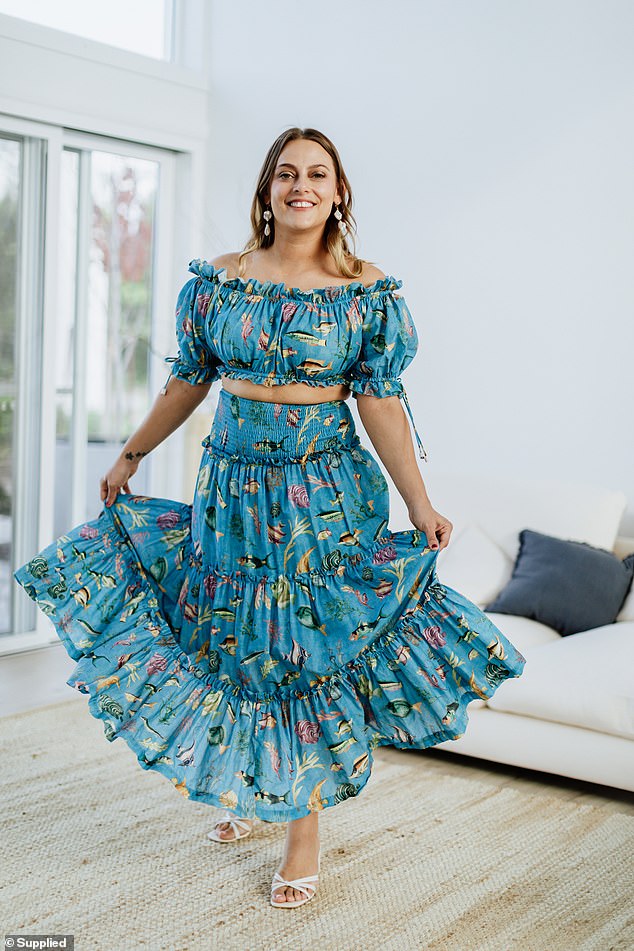 Sophie Thomas, from Sydney, has made $20,000 by renting out various high-end gowns and outfits through online marketplace The Volte 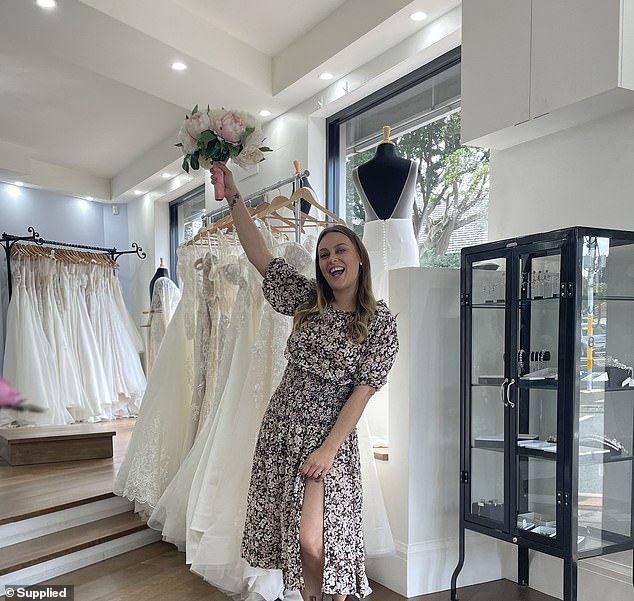 ‘It seriously changed my life and now I can afford the things I’ve always wanted and desired – like my dream wedding,’ Sophie said

From Zimmerman to Alemais, Camilla and Marc and Aje, the full collection of dresses would be worth thousands of dollars, but women can borrow the gowns for a fraction of the retail price.

Sophie and her fiancé Cameron are set to wed in March next year and the money made from the side hustle has helped pay for the flowers, the bride and groom’s outfits, the rings, décor and the wedding favours.

She said the number of dresses hired per week varies between four to 12 depending on the time of year.

She turned to the site after buying a dress she couldn’t afford for her son’s christening in June 2021.

The very next day she listed the outfit on the platform and received a request within 24 hours.

From there she started growing her designer wardrobe and says she can make her money back after six weeks. 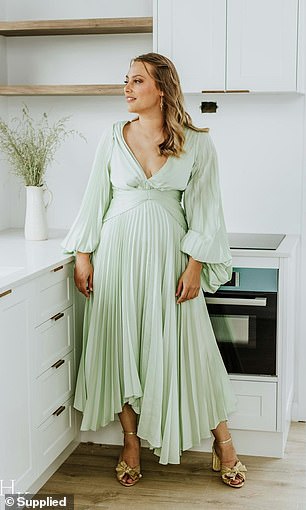 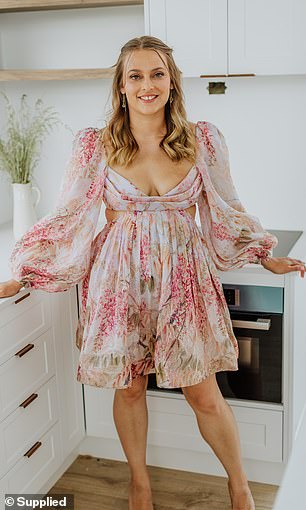 Sophie said other favourites that are constantly rented out include the Zimmermann Postcard Empire Me dress and the Blue Tropicana dress.

‘I’ve always had nice taste and especially love Zimmermann dresses. For me, I like to go out knowing I’m wearing something that someone has put a lot of thought into – it’s quality over quantity,’ she said.

‘I don’t value the ethos of fast fashion and have always been concerned about the eco element, as well as the quality, and really support that whole circular economy.’

Sophie anticipates her turnover this year will likely increase ahead of Spring racing, weddings, and end of the year parties now that Covid restrictions aren’t in place. 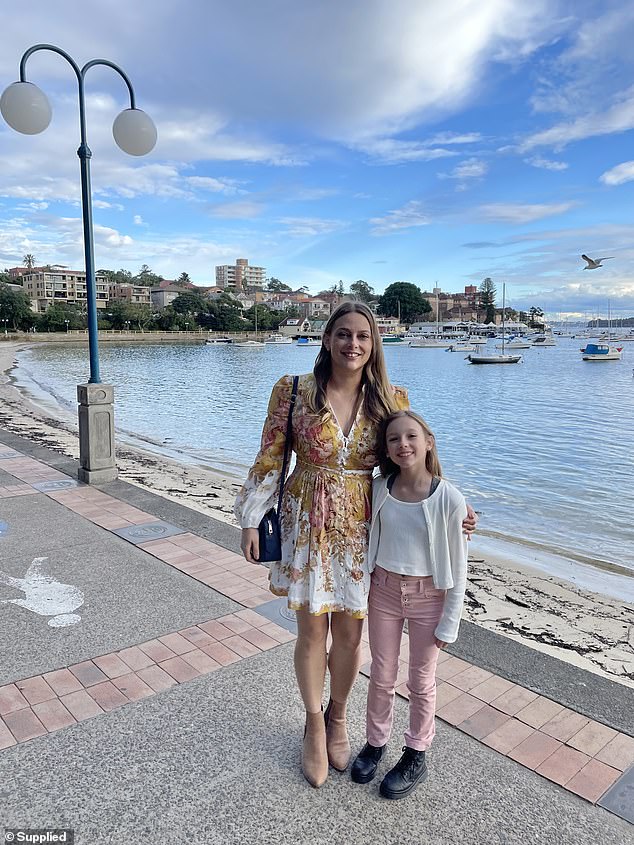 Sophie says the renting dresses out is seamless and easy as she’s able to work from home and quickly run to the post office if an order comes through.

‘It’s also about being smart and I’ve found ways to streamline it,’ she said.

‘For example, when a dress rental comes back, I immediately get it steam cleaned and hung in a garment bag so it’s already clean and doesn’t need washing or ironing before leaving the house for the next rental.

Sophie also pays for the postage but said the cost is included in the hire fee. She also does allow for pick-ups on occasion if it’s easier for the customer. 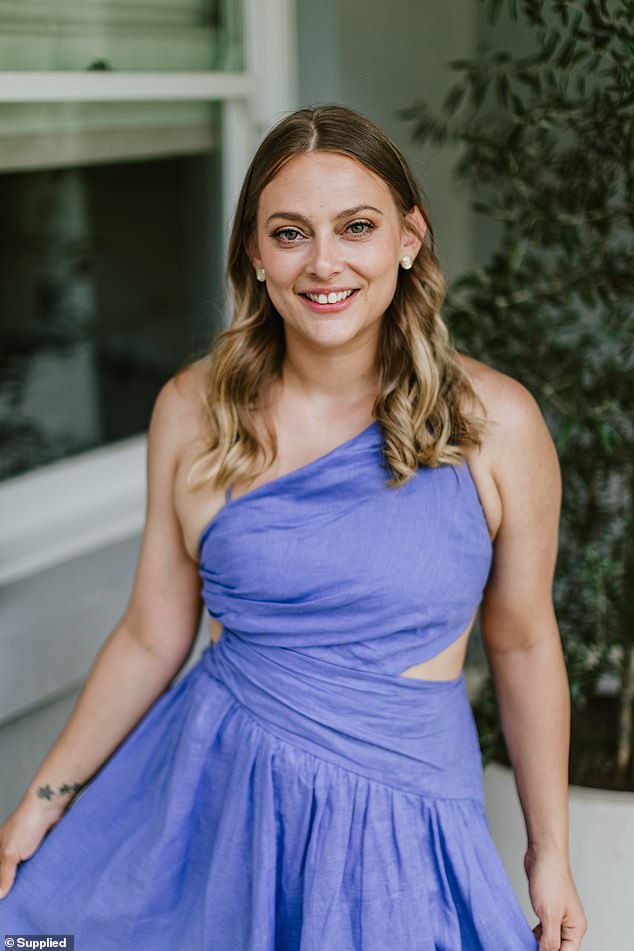 Bernadette Olivier co-founded The Volte with three other women in 2017 after noticing a gap in the market for women to ‘monetise’ their wardrobe’.

‘We wanted people to move away from fast fashion – a model based on clothing being disposable – and see fashion as an investment,’ Bernadette told FEMAIL.

‘We saw that everyone had these assets, designer dresses, in their wardrobe and believed with the sharing economy that they could earn people income.’

Bernadette pointed out most unwanted clothes end up in landfill and on average Australians discard 23kg of clothing per person each year – but The Volte limits this.

‘Despite many of us with good intentions of passing these garments to charity shops or donating them, the majority end up in landfill either here or overseas,’ she said.

At the moment it has more than 250,000 monthly users now on the platform, with some lenders earning more than $100,000 per year renting out their designer wardrobe.