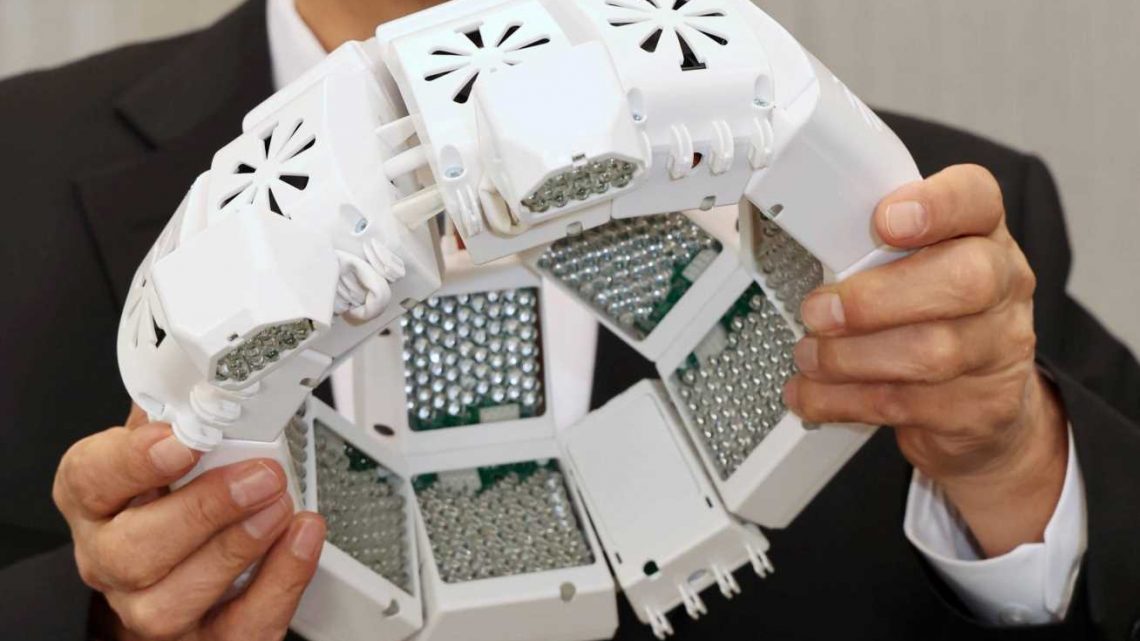 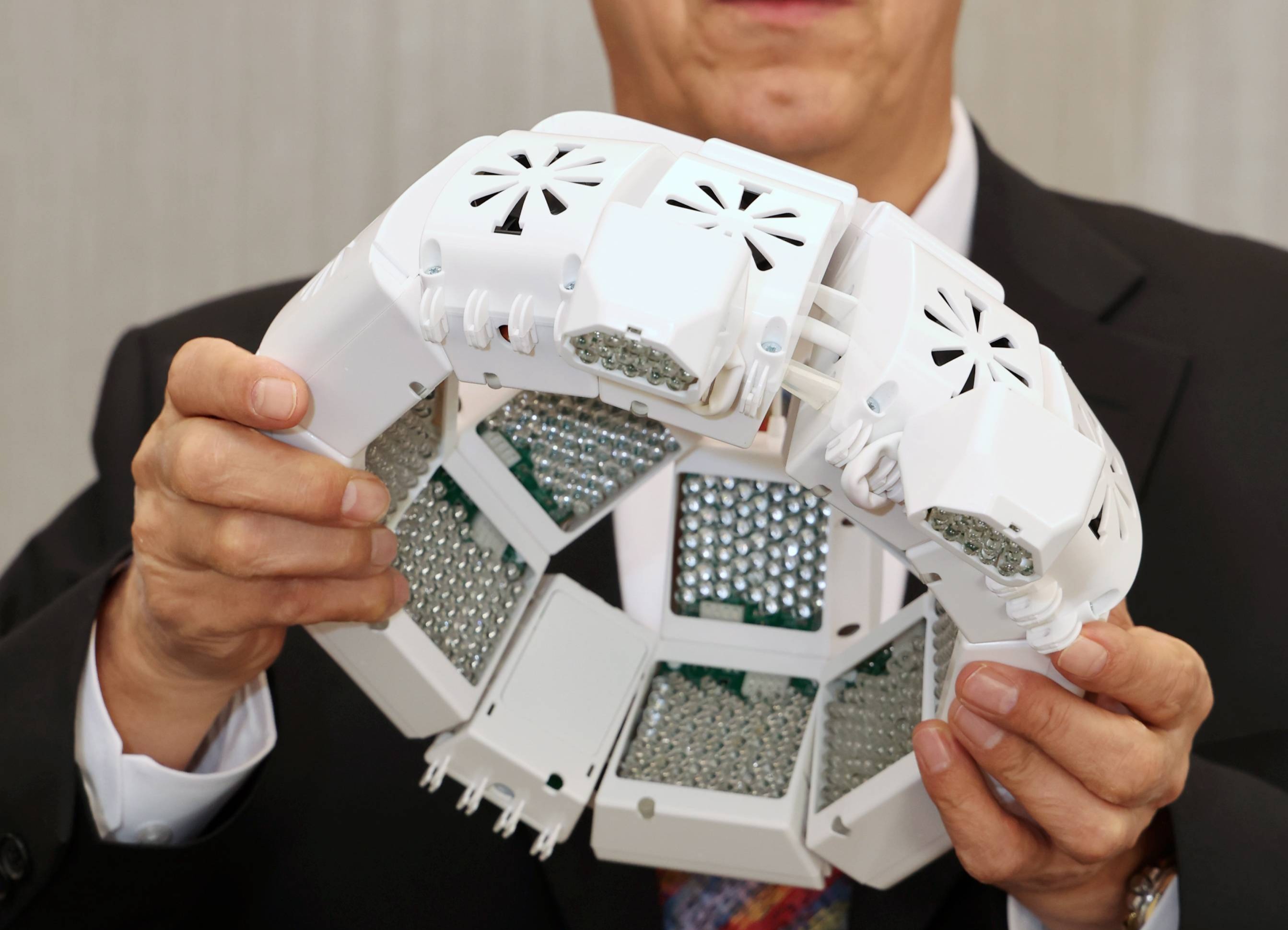 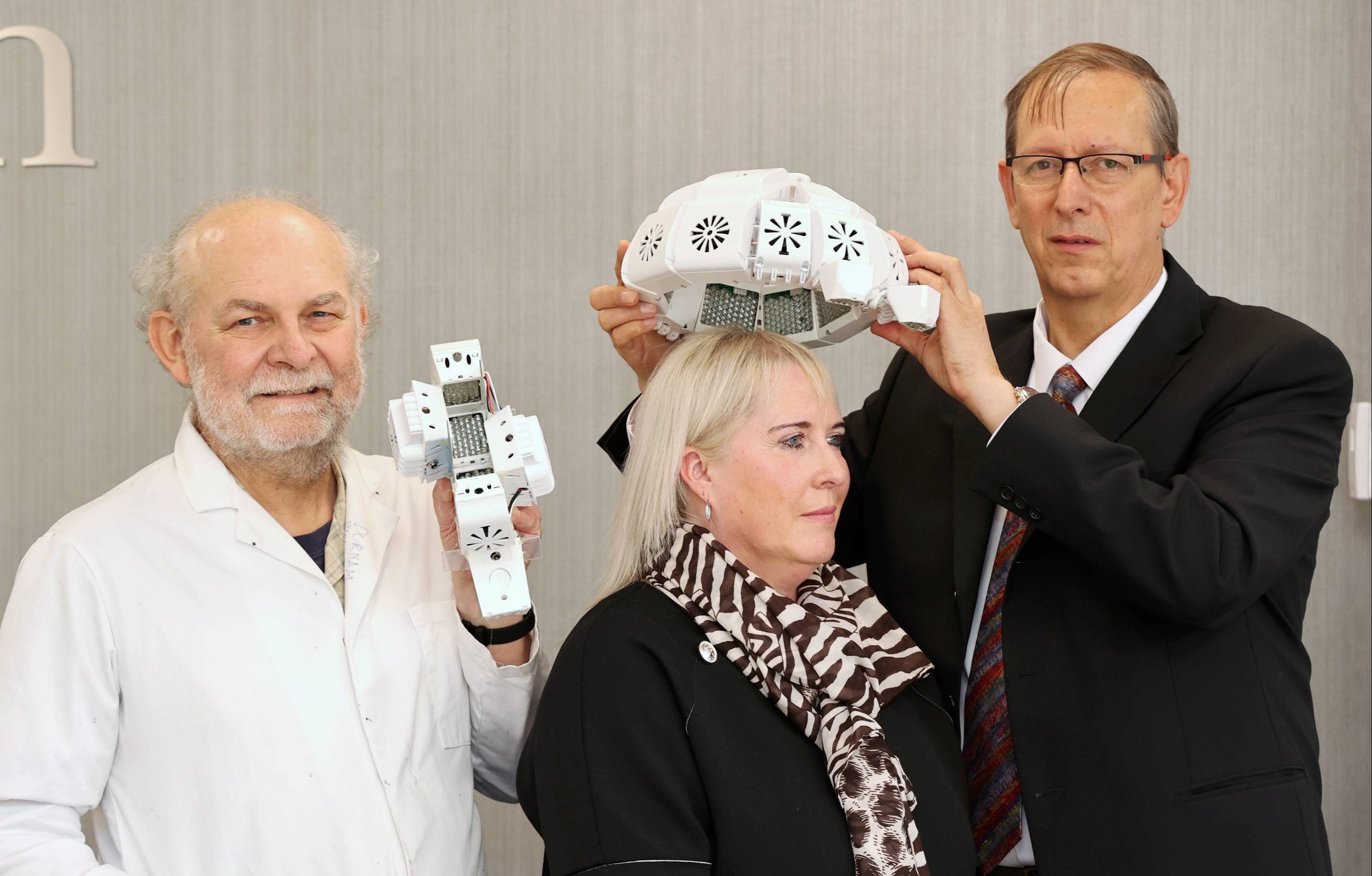 They said it could pave the way for a dementia therapy – the condition is incurable and affects around 850,000 people in the UK.

The £7,250 helmet works by forcing brain cells to boost their energy levels – which fall in people with dementia – and encouraging blood flow so the brain gets more oxygen.

Durham’s Dr Paul Chazot said: “We’ve shown what appear to be real improvements in memory and other neurological processes for healthy people.

“While more research is needed, there are promising signs that therapy involving infrared light might also be beneficial for people living with dementia and this is worth exploring.”

Dr Chazot’s study tested the helmet on 14 healthy over-45s in the UK with six-minute sessions at home twice a day for four weeks.

In tests they found “significant” improvements in hand function, memory and brain processing speed compared to people given a fake helmet – with no side effects.

One of the trial participants, 56-year-old grandmother Tracy Sloan, said: “I wasn’t sure it would make a difference but, to be honest, I think it did.

“After a few weeks I noticed that my sleeping pattern was better, I felt more relaxed and I had more energy.

“I’m not a moody person, but my youngest daughter said that I wasn’t as moody and my manager at the time used to laugh and say that the therapy must be working because I didn’t need to write things down.”

The research was published in the journal Photobiomodulation, Photomedicine And Laser Surgery.

It comes as it was recently revealed that cheap drugs prescribed on the NHS could be used to treat dementia.

What are the 8 early signs symptoms of dementia?

If you’re worried that a loved one might have dementia then these are the early signs you should look out for.

Amlodipine, which costs £1.17 a pack, improved blood and oxygen supply to the brain, tests on mice showed.

Vascular dementia, which affects about 150,000 Brits, is caused by damaged blood vessels starving the brain of nutrients, killing nerve cells.

The University of Manchester researchers hope to conduct human trials.

Dr Sara Imariso, head of research at Alzheimer’s Research UK said: “While this research was conducted in mice and these are early results, this study offers hope of a possible new way to treat vascular dementia.”

The study found that mice given the drug had better blood flow and more proteins that can protect the brain from damage caused by high blood pressure. 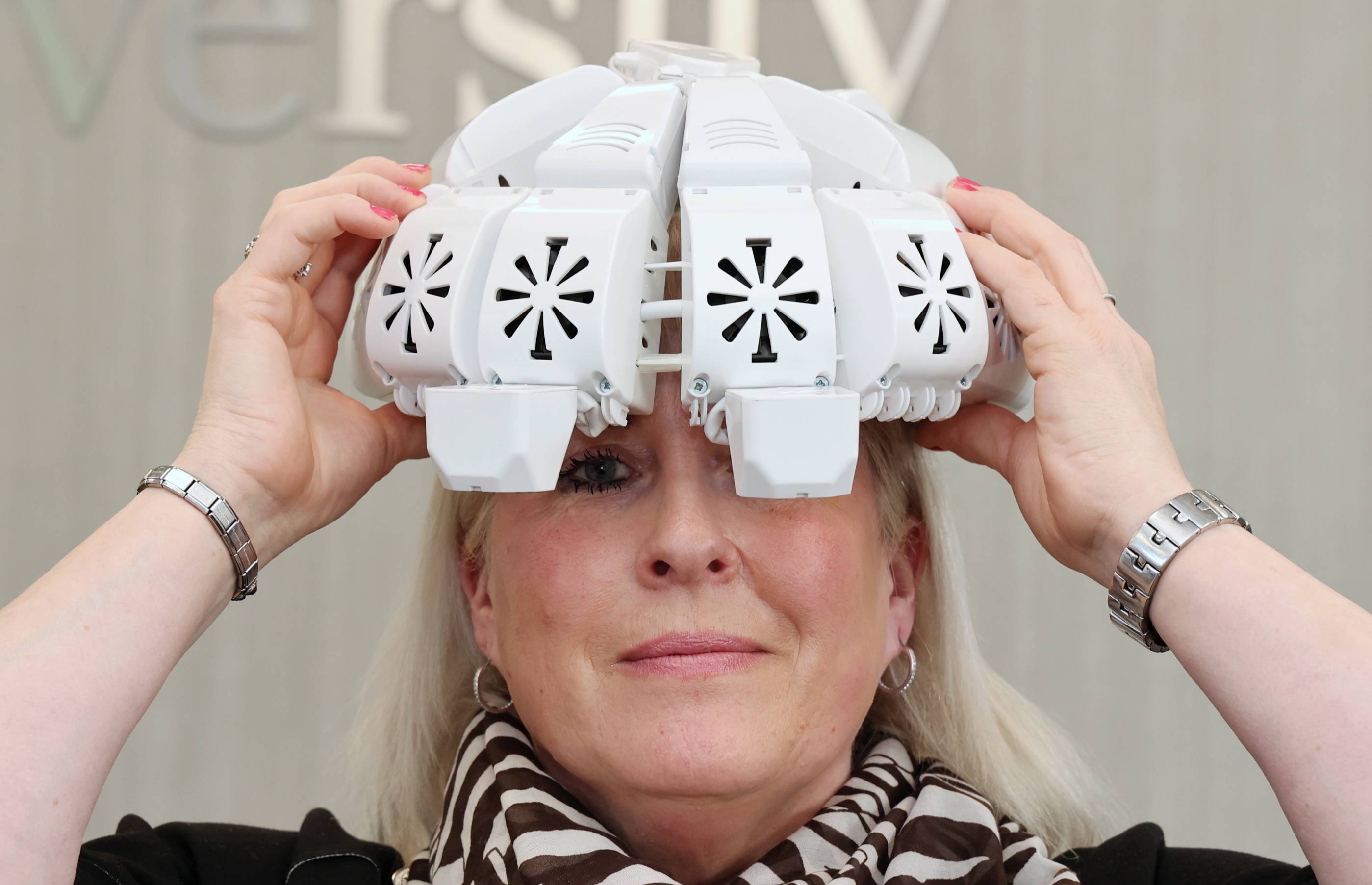 How much does a heat pump boiler cost?