Brad Pitt has been having a great awards season.

In his 2020 SAG Awards speech, he revealed on Tinder. In his 2020 Golden Globes speech, he joked about his dating life. And while at the Santa Barbara International Film Festival last night, he joked with E! News about his Tinder profile and who he could be taking to film’s biggest night.

Pitt received the Maltin Modern Masters Award at last night’s ceremony. While on the red carpet of the event, he dished to E! News about his future on social media and who he’s thinking of taking to the Academy Awards, where he’s nominated for Best Supporting Actor.

First, the Once Upon A Time… in Hollywood star was asked to comment on his dating app usage. As he was asked, “How’s the updated Tinder profile? How’s that going for you?”

The star laughed and remained coy with his response. “I don’t know, I don’t know,” he teased.

Okay, so he’s remaining mum on his Tinder experiences, but what about IG? Will he ever join? Don’t hold your breath, Pitt fans.

“I’m thinking that I missed that window,” the Mr. & Mrs. Smith alum admitted. “No, I think I did, and I think I’m pretty happy about it.”

Well, that ends our dreams of seeing Pitt and Jennifer Anistonpost throwback photos of each other like the amicable exes they are.

But fans might want to keep an eye on a different friendship of his. As Dax Shepard recently revealed on The Ellen DeGeneres Show, he and the 56-year-old star recently spent a day together that, as Shepard explained it, made him feel like Julia Roberts in Pretty Woman. 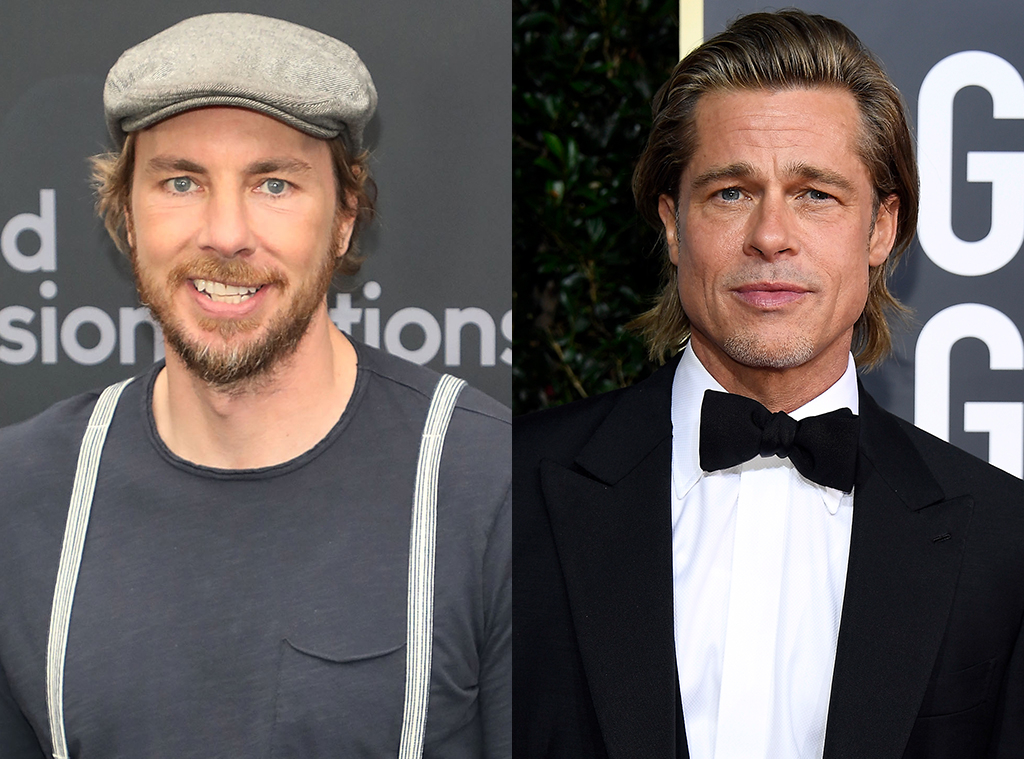 “Yeah, we had a motorcycle day. We went to ride bikes at the track,” Pitt told E! News of the outing, which also included a helicopter ride.

As for the Pretty Woman comment, the star—who hadn’t heard Shepard’s joke yet—cracked up and said of his pal, “He’s a funny fella.”

Perhaps Shepard is funny enough for Pitt to bring him as his date to the Oscars! In response to that possibility, Pitt laughed again and told E! News, “Oh, come on. Yeah, yeah that’s a great idea.”

The Inglorious Bastards alum kept up with the humor in his speech during the Santa Barbara International Film Festival, as well. And just like in his past award show speeches this season, the jokes were all self-deprecating. 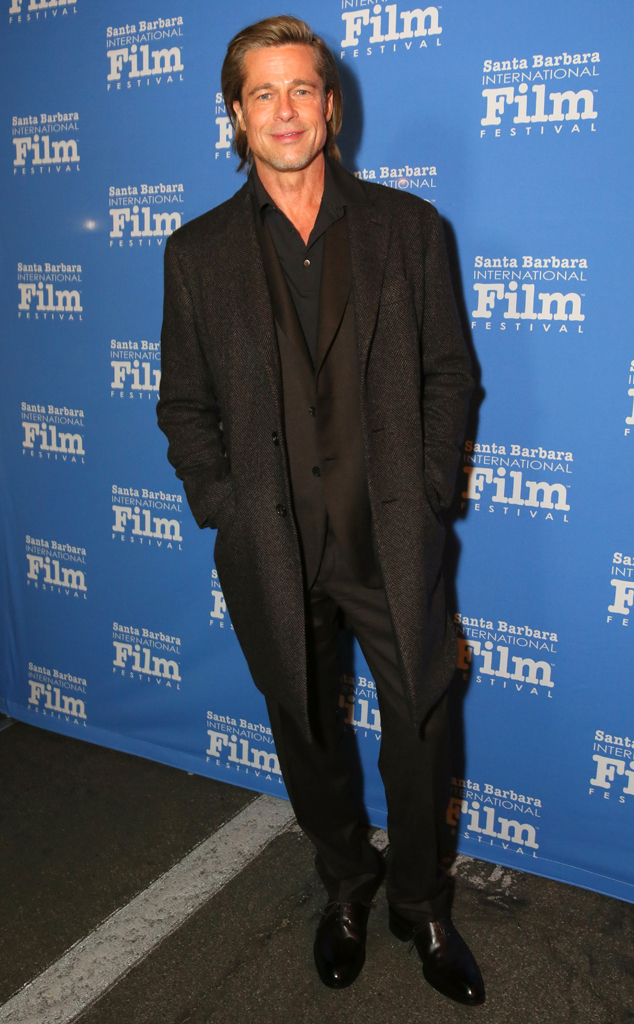 “It’s things like this and nights like these that tell me that I’m old. I’ve been around a while and I’ve been doing this for a bit,” he quipped in his speech.

“I can’t do night shoots anymore,” he continued. “And I’ll gladly hand a stunt over to a stunt man. I no longer remember the first rule of Fight Club.”

Of course, he broke the first rule merely by talking about it. But the star remained grateful for the award, which was presented to him by Fight Club director David Fincher.

“But it’s also nights like this where I get to look back and I feel really, really blessed,” he added. “I feel so fortunate to all the amazing people I’ve been able to work with who have taught me so much and who’ve touched my life. From editors and composers and amazing directors who have sent me on a trajectory that has meant so much to me… I feel really blessed to be here and I feel grateful for this.”

Countess of Wessex is presented with a bouquet of flowers

How to Watch Day 3 of Trump's Senate Impeachment Trial
Entertainment