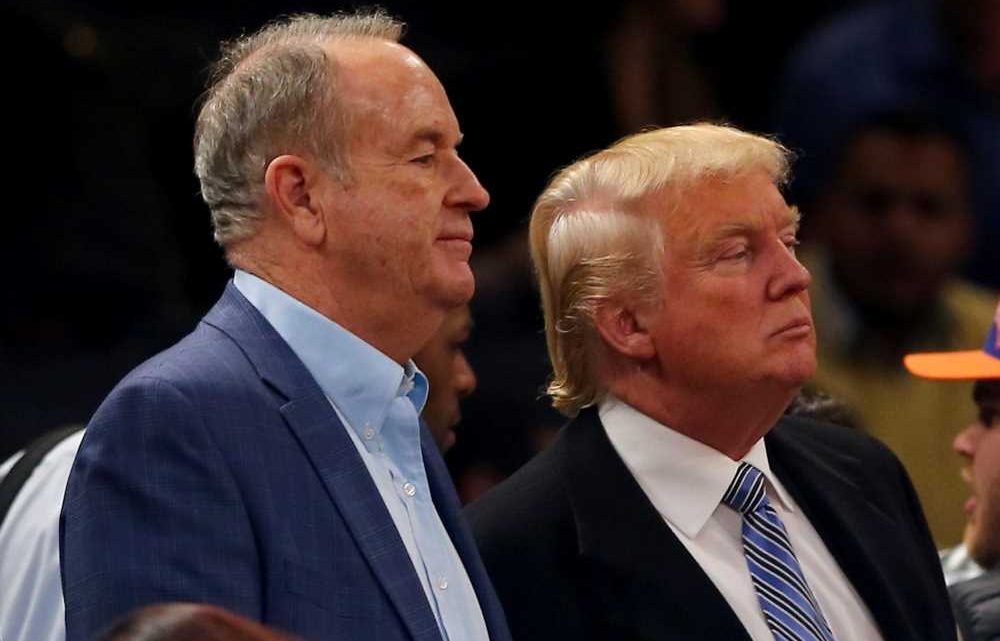 Brides are desperate for strapless bras

Rosanna Scotto on being a news anchor in the Zoom era

Comes now a never before thing. Shove tweets. It’s D. Trump himself, once the dominant decisionmaker and most powerful person in the world, on a historic speaking tour. Former President Trump will provide a never-before-heard inside view of his administration. In itself that’s historic.

Bill O’Reilly grew the seed. His newie 16th best seller, “Killing The Mob” is No. 3. His 2018 “The United States of Trump” unloaded half a million copies. Bill’s no shrunken violet.

Exactly how things were accomplished as well as what did not turn out well. “President Donald J. Trump’s Conversation with Bill O’Reilly: The History Tour.”

O’Reilly: “After Biden’s inauguration, the idea rummaged around in my head two months. I flew to Mar-a-Lago April 4. I know the man 30 years. He asked how we do this. I said, ‘No pandering. No politics. It’s your handling of China, Putin, the economy, ISIS, getting the vaccine. I’ve done the research. The key is it’s all history and people don’t even know how or what. I’ll ask the questions. We’ll record it. Two hours 15 minutes. Hockey and basketball arenas that seat 18,000. My own production company books it.

“What’ll it accomplish? It’s to know what actually happened. Frustrated millions never got actual reports from anyone. They only heard haters. It’s what he did and why — and what he didn’t do. Look, he wants to make history? It’s this. No president besides Lincoln experienced this much hate. It’s not being flamboyant. It’s tell the people what you did and why. Tell us your four years. Get your version on record. Show us how it works. Anyone who loves their country champions free speech.

“So not to badger him, I put it in writing. A 45 minute Q-&-A oral history. Then intermission. People can have a cocktail. Some may even need it. The Q-&-A will be on cards from the audience.

“Interested in the concept, he trusted me. He’s a businessman. He saw it right away.”

And then soft spoken, retiring O’Reilly grinned: “Who knows? Maybe I even sing a few songs.”

The city, state, country, the world having such great joy, comes now a reprise of a 1978 serial killer who killed five women in a spree. A film’s now being made of it called “Rodney & Sheryl,” starring Anna Kendrick. Also, to add to that, what could be better and merrier now than news that we’re also getting a redo of TV’s antique game show “The Dating Game.” Oh boy, oh joy! What next? Fatty Arbuckle in drag? Rudolph Valentino with a crew cut?

We just lost legal goliath F. Lee Bailey who defended sweeties such as O.J. Simpson and the Boston Strangler. Disbarred, did a little bit in jail, blew his retainers before the cases started, had four wives, and carried a rabbit’s foot for luck. I knew him well. Once so front page famous that comedy writer Bruce Vilanch’s answering machine chirped: “This is F. Lee Bailey.”

The pandemic’s checkerboard housing game has now infected Greenwich, Conn., which for the most part is inoculated against poverty. Parking on its crowded main drag, one local sniffed: “I hate all these awful New York license plates that we suddenly see all over here. It’s an infiltration. Disgusting to have these people invading us.”

True story. This well-to-do Park Avenue couple needed a housekeeper. A highly recommended helper came for an interview. Wages, hours, duties were set, everything OK until this possible employee saw the husband in another room — age 90 — and reclining. Said this possible helper suddenly, “No, thanks. I don’t want this job. I’m looking for longtime permanent employment.”

Only in New York, kids, only New York.

This is the emotion we all need more of
Entertainment