Mark Coles Smith concedes he may have overreacted to the person who told him he was “like the next Aaron Pedersen” a few years ago.

“I was a little triggered,” the 33-year-old Indigenous actor, who burst onto the big screen in Last Cab to Darwin, admits. “I went rushing to the defence of my ego and said, ‘I’m not the next anyone else’.”

His prickliness at the time seems especially ironic now because he has just landed the lead in the third season of Mystery Road, playing a younger version of police detective Jay Swann, the character Pedersen has made indelibly his own in two movies (Mystery Road and Goldstone) and two series. 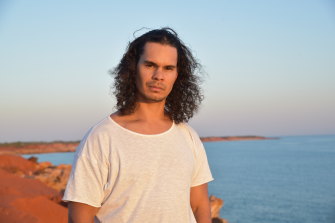 Indigenous actor Mark Coles Smith, photographed on August 16, 2021 on the beach at Broome, is set to take on the role of Jay Swann in Mystery Road: Origins.Credit:Petris Torres

“I really wish I’d said something different to that person, like ‘they’re big boots to fill’,” Coles Smith says with a wry chuckle. “What Aaron has done with the role can’t be replicated. He’s made it what it is, and he’s done that while working at the height of his craft. Jay Swann is this iconic character that audiences have spent a lot of time with.

“Those factors are creating a bit of pressure for me, but also inspiration,” he adds. “I’ve been given the responsibility of an origin story. We’re venturing back to a younger Jay, to discover how and why he’s become the man we’ve grown to know. There’s a bit there to take on, but I like to think I’m not doing it on my own.”

Directing Mystery Road: Origin, which will begin production in and around Kalgoorlie later this year, is Dylan Rivers, son of Warwick Thornton (who directed three episodes of season two). Shooting it is Tyson Perkins, nephew of Rachel Perkins (who directed season one). “It’s being helmed by a generation of up and coming First Nations filmmakers,” Coles Smith says. “This is an exercise in young blood, and I’m excited by that.” 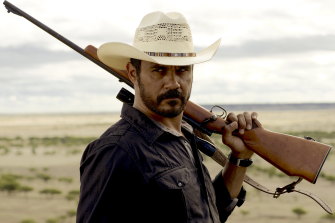 Aaron Pedersen has stamped his mark indelibly on the role of police detective Jay Swan across two movies and two series in the Mystery Road franchise.

The Nyikini man was a teenager when the kids’ series Ocean Star came to Broome to film. He stumbled his way into a role but says he has approached the acting game since with a degree of scepticism. Even so, when he moved to Melbourne a decade ago to study audio engineering and sound design – “my personal passion” – part of the lure was his agent’s prediction that he’d get lots more acting work if he did so.

“It’s in my nature to be expressive and want to tell stories, whether it’s through acting or sound or music,” he says. “But it’s been a wary journey, a slow transition; do I tell people in my hometown this is what I do? It’s such an abnormal thing for so many other people. ‘You’re an actor? What do you really do?’”

When COVID-19 bit last year and the work began to dry up, Coles Smith decided it was time to head west to his country and his family. With his four-wheel drive and trailer, he spent a couple of months crawling along the coast of South Australia, spending two weeks in quarantine in a particleboard donga in Kalgoorlie before being allowed to cross into WA. Having served his sentence he drove up through the Pilbara, then turned for Broome.

“And within a week of getting to Broome I got an offer for some work in the Pilbara, and then while I was in the Pilbara I got the call about Mystery Road shooting in Kalgoorlie,” he says. “It was this weird thing – I’d left Melbourne where I had no work and literally the geography I drove through started calling me back in.”

Coles Smith has spent the past couple of months on country, recording electronic soundscapes and field audio for a forthcoming project about which he’s careful not to reveal too much. “It’s very close to me, the story I’m telling in this. I’ll let it go soon and let it carry on by itself.”

Not that he isn’t equally proud to be tackling Jay Swann’s story. The troubled Aboriginal detective, haunted by tragedies, mistakes and injustices, and frequently drinking himself into a stupor to numb the pain, is much more than just another role.

“It matters to me,” he says. “It’s not just that we get to see a leading Indigenous male as a hero, or as an antihero, but we also get to see that his story is worthwhile, is worth telling.

“It’s a big step to take it on. It might be the closest thing I’ll ever get offered to playing Batman.”