Every drop counts! Beauty enthusiast shares handy hack for reaching the remnants of your near-empty foundation bottle (and all you need is hot water and a spare container)

Many makeup enthusiasts will know how frustrating it is to throw away a bottle of foundation because you can’t reach the remnants of product at the bottom.

Thankfully, Rose Brookes, from Tipton, has shared her handy hack – which involves using hot water to empty her old bottles of foundation so as to not waste a single drop.

She advised pouring boiling water into the foundation bottle in order to loosen the remaining product, before tipping it into an empty container and pouring excess liquid away.

After posting the tip on the Extreme Couponing and Bargains UK Facebook group, fellow makeup lovers were quick to take to the comments section – agreeing that foundation is too expensive to go to waste. 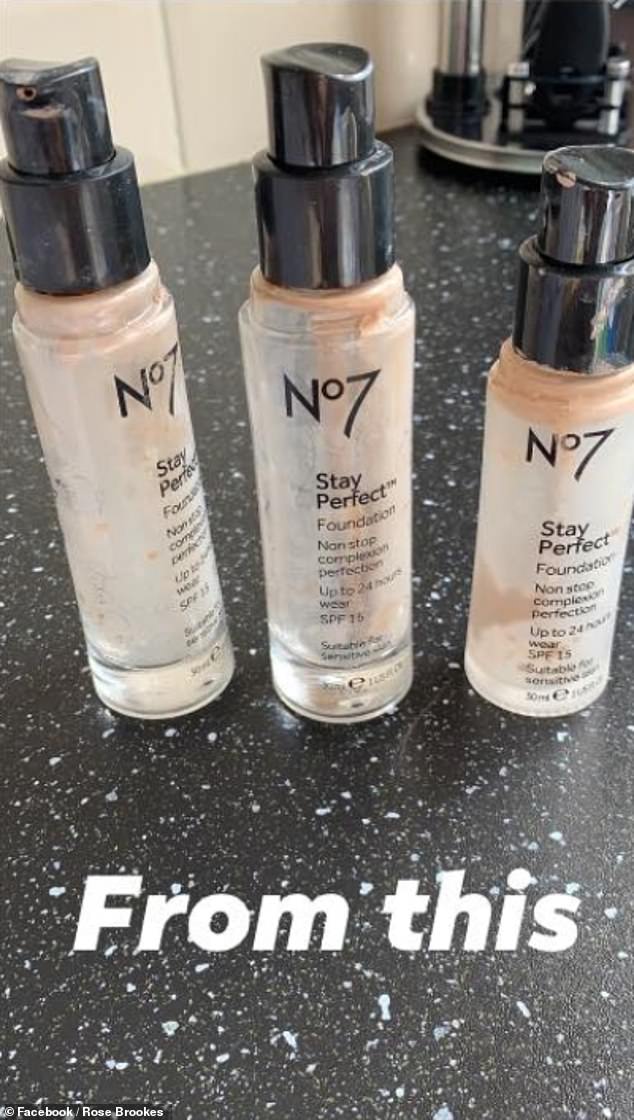 Rose Brookes, from Tipton, revealed she used water to empty her old bottles of foundation so as to not waste a single drop 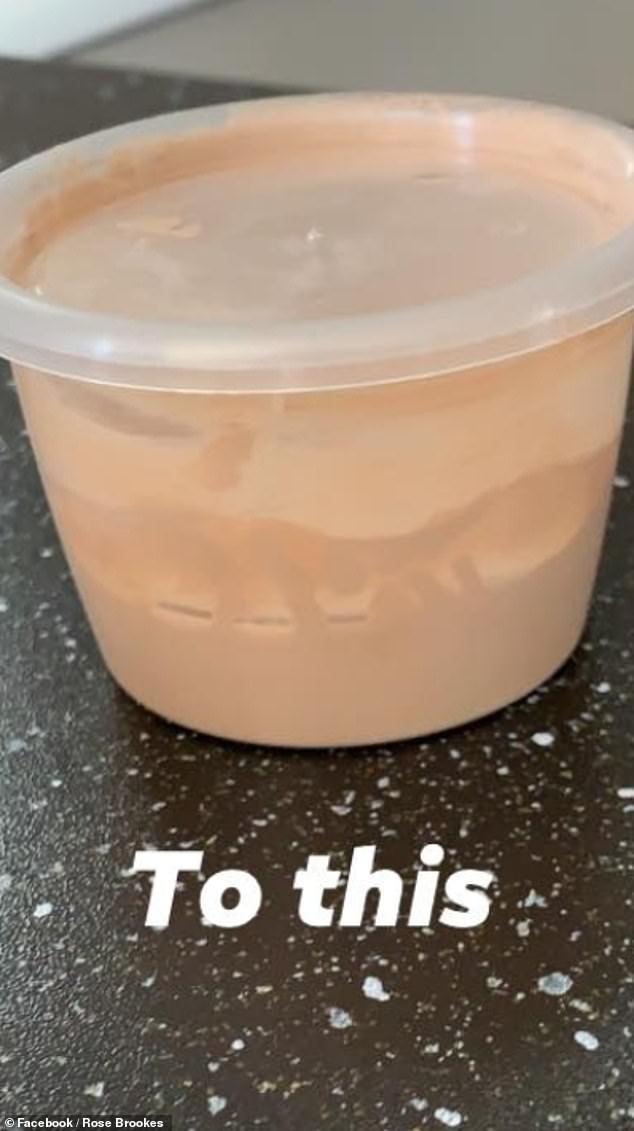 Thanks to her clever hack, Rose was able to salvage a great quantity of foundation instead of just throwing it away

People were impressed with the tip. Some mentioned how expensive foundation can be and were glad to find a way to make it last longer

In the caption alongside photos of the results, Rose penned: ‘Thought I’d share  a little experiment I tried after years of scraping the bottles.

She said to first pour ‘a little bit of boiling kettle water tipped  into the empty bottles.’

‘Shake up the bottles until the foundation loosens up (you will see it coming away from the bottle),’ she added.

The savvy makeup lover went on to advise tipping it into an empty tub, explaining that foundation is water-based ‘so all the hot water will lie on top of the foundation. All you have to do is tip the little bits of water out afterwards.’ 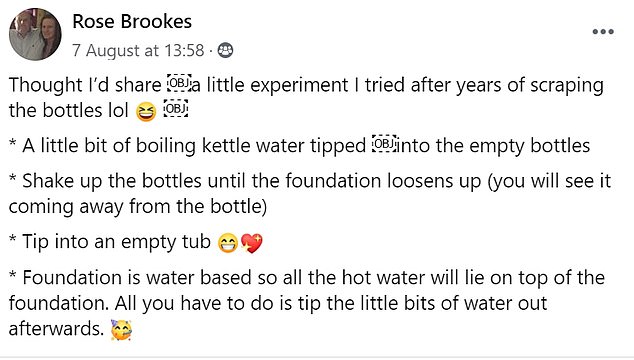 Rose shared her tip on Facebook, where she explained she used boiling water to scrape the foundation from the bottles

She shared a picture of three bottles of N7 foundation from Boots, which all contained hard-to-reach remnants of foundation.

In a further snap, she showed just how much foundation she had saved after following her own advice.

People were blown-away by the clever hack, with one writing: ‘I’ve wasted soo much foundation because I couldn’t get it.’

‘Great tip going to try this thanks for sharing,’ commented a second, while a third added: ‘Clever girl, it’s so irritating if you cant use foundation to very end.

Meanwhile, another enthused: ‘Why have I never thought of this, it drives me mad that you can never get it all out and as someone else has said, it is not cheap.’ 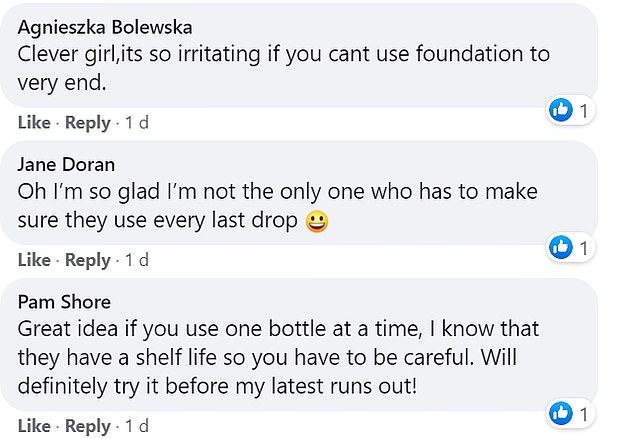 People were excited to try to tip for themselves, with many admitting they are tired of wasting foundation

Princess Diana Always Had a Feeling Prince Harry Would Move to the U.S., Friend Says
Entertainment