Bag yourself a wag wardrobe (and do some good too)

Bag yourself a wag wardrobe (and do some good too): Rebekah Vardy’s pyjamas. A dress from Daniella Fabregas’s daughter. How one player’s girlfriend put on the charity sale of the century – thanks to a little help from her friends

When it comes to footballers’ wives, we like to think we know what to expect. For nights out (remember those?), they’ll be in short, shiny frocks, stilettos and tons of bling. For lockdown, think designer tracksuits, their hair and make-up always immaculate.

‘This idea of WAGs is so old-fashioned,’ says Anoesjcka (pronounced Anoushka), rolling her blue eyes in disappointment at me having uttered the word.

‘That term needs to be updated — it’s sexist and derogatory. There are players’ girlfriends who are barristers or have their own successful businesses.’ 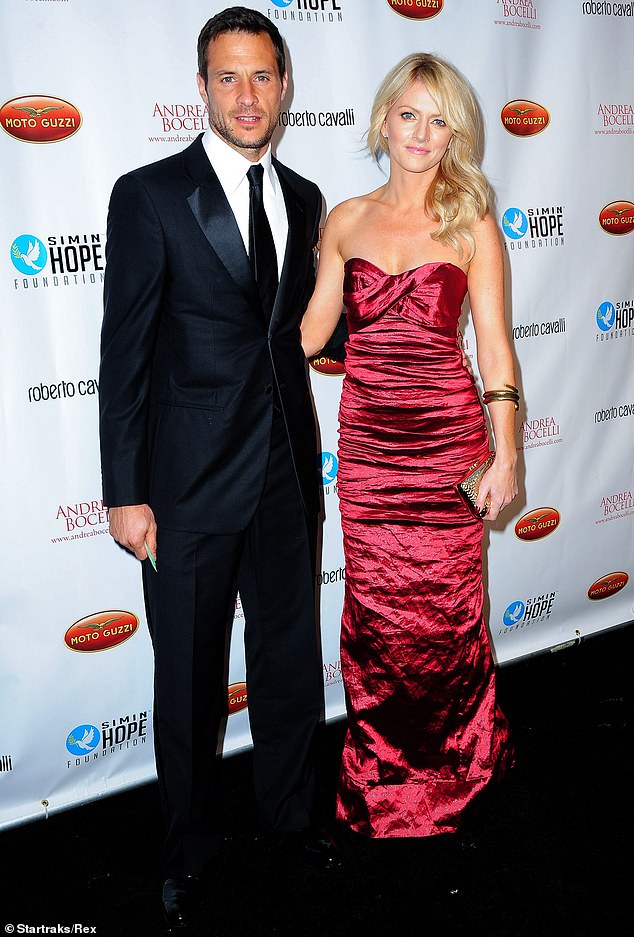 Anoesjcka Gianotti, 39, from South Africa, is encouraging people to switch to buying second-hand with her project Footballers4Change. Pictured: Carlo Cudicini and Anoesjcka

It hasn’t helped that recently headlines have been chock-a-block with the ‘Wagatha Christie’ case, where Rebekah Vardy is suing Coleen Rooney for libel, as Rooney accused her of passing on private information to the Press.

At the mention of the pair, Anoesjcka, 39, groans. ‘That’s a really touchy subject,’ she says in her South African accent. ‘We’re trying to make changes in the way we’re perceived.’

Certainly, no one could accuse Anoesjcka — who is mother to six-year-old Milla and has run her own bespoke shirtmaking and handbag businesses — of spending all her days shopping or at the salon.

She might be hugely glamorous, with model features and long, glossy, blonde hair (‘I brushed it just for you, normally it’s in a mum bun’), but she’s clearly no bimbo.

‘I’m just not interested in luxury brands,’ she tells me. ‘Growing up in Cape Town, we weren’t introduced to high-end brands. If I had money to splurge I’d never spend it on clothes, I’d invest it in a project.

‘I’ve always had my own work and stayed independent, so I never even saw myself as a WAG until I was putting together this project and I realised that was how I was going to be categorised.’

The project is Footballers4Change, an online charity sale of cast-offs ranging from ancient football kit to designer frocks, all previously owned by the likes of Leicester City’s Jamie and Rebekah Vardy, Chelsea’s Cesar and Adriana Azpilicueta and Cesc and Daniella Fabregas, and Real Madrid’s Luka and Vanja Modric — not to mention England manager Gareth Southgate, who’s donated an old training top.

Footballers have long donated used kit to charity, but Anoesjcka’s project is different; she’s also trying to harness football’s huge power to encourage people to switch to buying second-hand, so tackling the 10 per cent of global carbon emissions produced annually by the fashion industry. 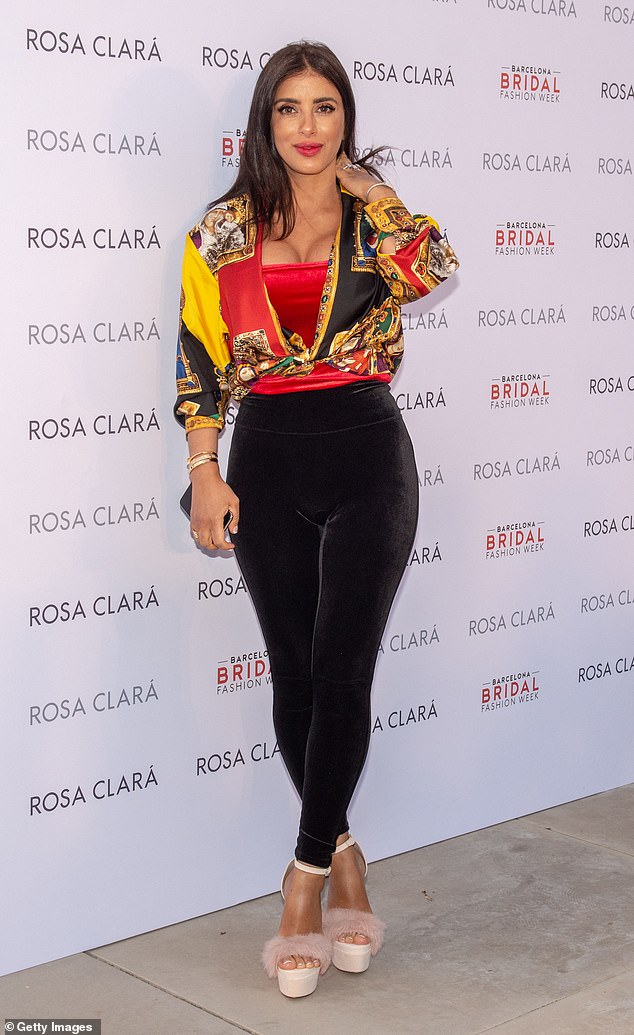 Anoesjcka claims attaching meaningful stories to the clothes in her project gives them a different value. Pictured: Daniella Fabregas

‘Attaching meaningful stories to the clothes, even the women’s and the kids’ items, creates a different value,’ she explains. ‘This can be the new luxury.’

A glance at the website certainly gives you an idea about the glam life of a WAG — sorry, footballer’s partner — with a distinct lack of moth-eaten M&S jumpers. It offers up some fantastic bargains, with clothes on sale at around 40 per cent of the retail price.

There’s an elegant, black Yves Saint Laurent number that belonged to Vanja Modric going for £250, and her more casual, knitted Dolce & Gabbana dress with embroidery is available for £300.

Then there’s the kids’ stuff: a Nicoli green dress for a six-year-old at £30, a gift from the Fabregas family. Meanwhile the Azpilicuetas have donated more than 400 items. ‘They’re very generous, they’ve got two girls so everything comes in two sizes,’ says Anoesjcka.

There are also cast-offs from the five Vardy offspring (the family has donated more than 100 items, including Rebekah’s Victoria Secret Christmas pyjamas, £100), with plenty of Moschino baby gear (between £25 and £40) and a pair of tiny Gucci sandals at £60. 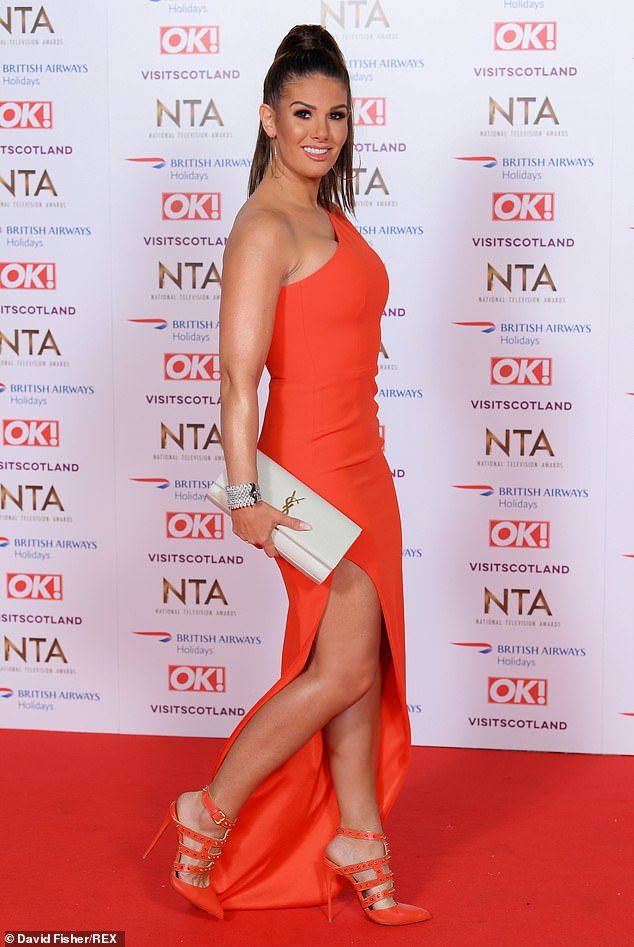 Anoesjcka revealed the inspiration from Footballers4Change came from her attempt at donating old football gear to a charity shop. Pictured: Rebekah Vardy

The idea for Footballers4Change came to Anoesjcka after she’d tried to deliver a bag of old footballing gear from Carlo, 47, to the charity shop and found it closed.

‘There was a lot of kit, but I had to leave it in front of the store door. Then, when I arrived home, there were two letters waiting for Carlo from Chinese fans asking for clothes. I thought: “How do I connect these guys with Carlo’s clothes that I’ve just left?” ’

With this in mind, Anoesjcka dreamed up the idea of selling off footballers’ old kit with the cash raised (after costs, but no profits are deducted) going to causes of their own choosing.

While the women’s and children’s clothes sell for fixed prices, the actual kit is auctioned off, with, when I look, a pair of Jamie Vardy’s signed Spiderman Adidas boots currently at a bid of £500.

‘We’ve got people from South Korea and China bidding for match-worn shirts and they’re willing to spend high figures,’ says Anoesjcka. Meanwhile, women’s and children’s items tend to be snapped up by mums looking for a bargain. ‘They’re not really interested in football but want the clothes.’

Anoesjcka falls into the ‘not interested in football’ category. She arrived in London in 2003 on a gap year and became fascinated by the sharp suits she saw, so different from Cape Town’s beachy style. 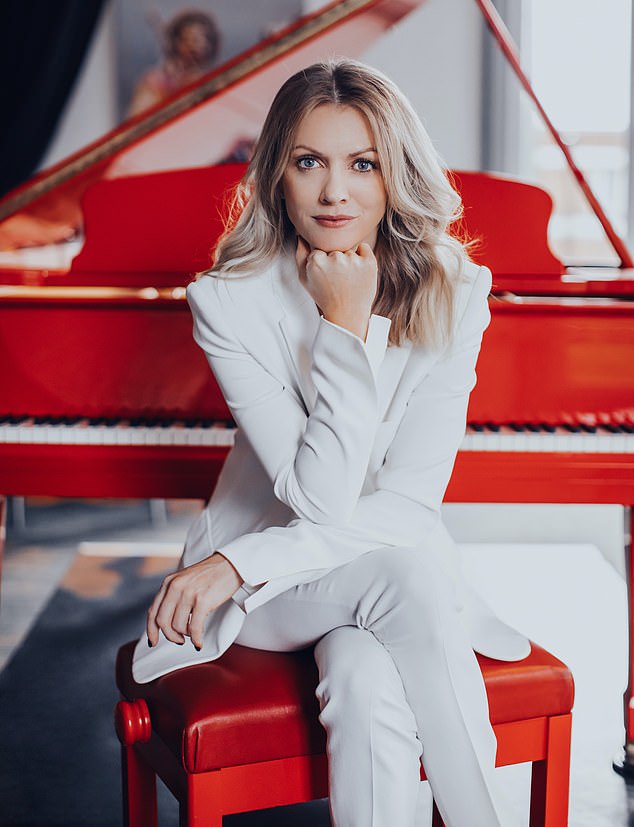 Anoesjcka (pictured) revealed donations for her project have blocked her path, with lots of bags arriving at their home since lockdown ended

She decided to study with shirtmaker Sean O’Flynn near Savile Row, then learned fashion design and pattern construction in Milan, before returning to London to set up her firm AG Bespoke Couture. ‘I met a lot of rugby and football players, because their athletic build means they can’t really buy bog-standard shirts, and that’s how I met Carlo.’

Coming from rugby-mad South Africa, Anoesjcka knew nothing about football. ‘The first night I met him he had a game the next day. I was like, “Come for a beer!” And he said: “No, I can’t drink.” ’

This was in 2009, and since then Anoesjcka has dutifully turned up to matches at Stamford Bridge, where she and Milla hung out with the other players’ wives. Most were delighted to throw themselves into Footballers4Change. Word spread to other clubs and more players got involved.

The project had to go on hold during lockdown, but afterwards donations arrived in sackloads at Anoesjcka and Carlo’s London home. ‘At one stage I couldn’t get out the front door, there were five bags blocking my path,’ Anoesjcka says, laughing.

Carlo was set to work as ‘my delivery driver’, collecting sackfuls from footballing families. Milla helps pack bags and boxes and puts the labels on.

Now that Carlo’s returned to work and Milla’s back at school, Anoesjcka’s life is consumed by Footballers4Change.

So, no time for hanging out in (tier two) nail bars? ‘That’s so not me,’ says Anoesjcka.

WAGs ain’t what they used to be.

FIVE OF THE BLINGTASTIC BEST 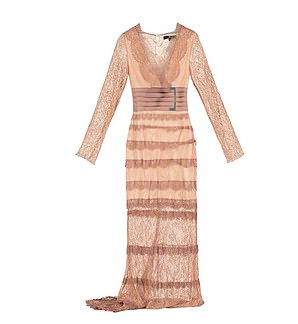 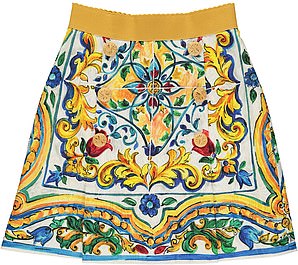 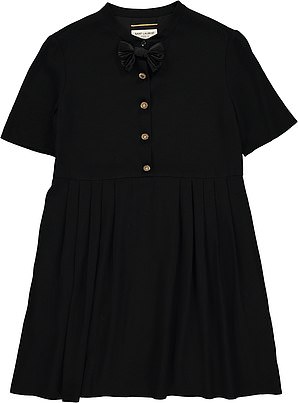 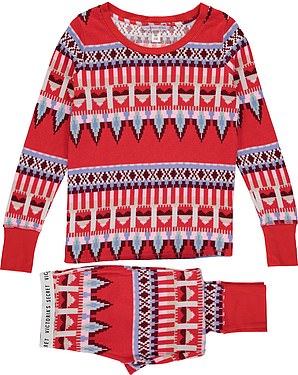 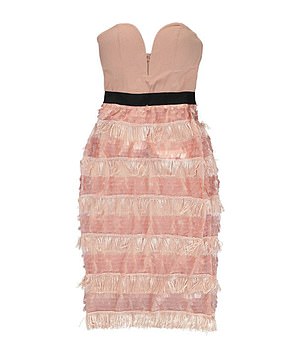 Brexit travel rules: Brits could be barred from entering EU countries from January 1 unless they renew passports