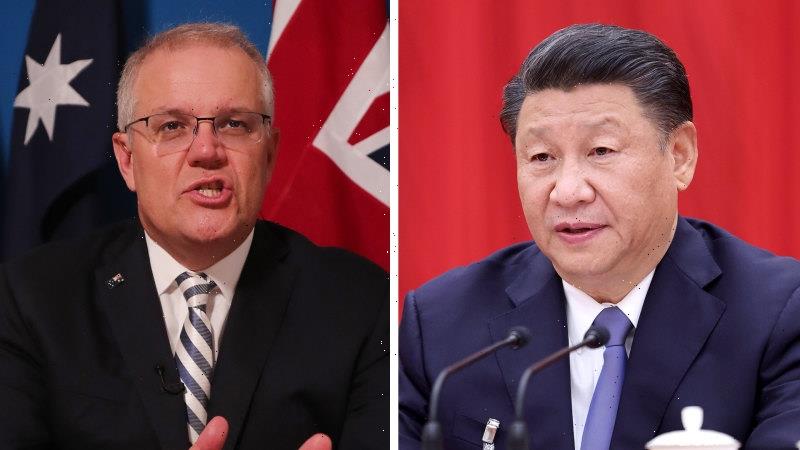 Australia leads the world confronting China, for better or worse

There will be those who dismiss the scrapping of Victoria’s Belt and Road agreement as merely the end of a memorandum of understanding – a deal that commits no funds and no projects while offering nothing but trouble for its two major players.

But nothing could be further from the truth. For China, the BRI represents its greatest global project. It’s a multi-trillion dollar investment vehicle through which Beijing projects its influence and prestige throughout the world. 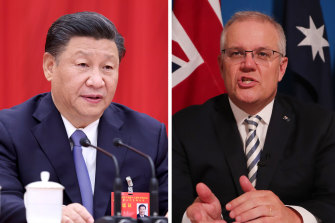 “The East is rising and the West is declining,” China’s President Xi Jinping said in March. The BRI, which sweeps across Asia, the Pacific and into Europe, connecting trade, transport, digital networks and infrastructure, is the embodiment of that ethos.

Australia has already infuriated China by banning Huawei and implementing world-leading foreign interference legislation. On Wednesday it set a global precedent by tearing up an agreement similar to one that China has signed with dozens of other countries.

Australia’s relationship with China was already broken. This decision pushes the repair job out by years, if not decades.

Witness China’s deputy ambassador Wang Xining at the National Press Club on Wednesday three years after the Huawei decision: “Australia was the first to ban Huawei in the domestic telecommunication industry and then Australia even persuaded others to follow suit,” he said. 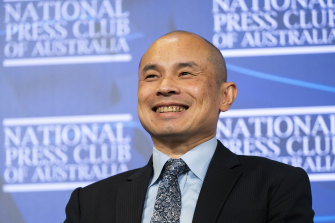 Wang Xining, deputy head of mission of the Chinese embassy in Canberra.Credit:Rohan Thomson

“By doing so I think Australia connived with the United States in a very unethical, illegal, immoral suppression of Chinese companies.”

Beijing’s wrath over the BRI decision will be sharper and longer. After nearly four months of relative calm in the rollicking Australia-China relationship, the temptation for the Morrison government must have been to let the agreement sit and gather dust.

After the government legislated the ability to tear up the agreement if they wanted to, some in diplomatic circles in Canberra believed it had achieved what it desired. It had reasserted control over rogue state policies and sent a signal to Beijing that no more such deals were to be done.

Canberra could have gone through the New Zealand and European models. These countries told their telecommunications operators that they should not use Huawei, but they did not explicitly ban the Chinese company. They are likely to take a similar tack with many of their approaches to the BRI.

But Australia, which knows the dangers of Chinese Communist Party influence better than most, chose not to take that path. Now, more trade strikes are on the table. Half a dozen industries covering $20 billion in trade have already been hit. Education and yes – even iron ore – could be in the firing line.

Australia is once again a world leader. And its exporters will pay the price.

What in the World

A note direct from our foreign correspondents about what’s making headlines around the world. Sign up for our weekly newsletter here.

Jake Paul Promised Them Fame. Was It Worth the Price?