Home » Lifestyle » Australia can safely improve its relations with China. Here’s how 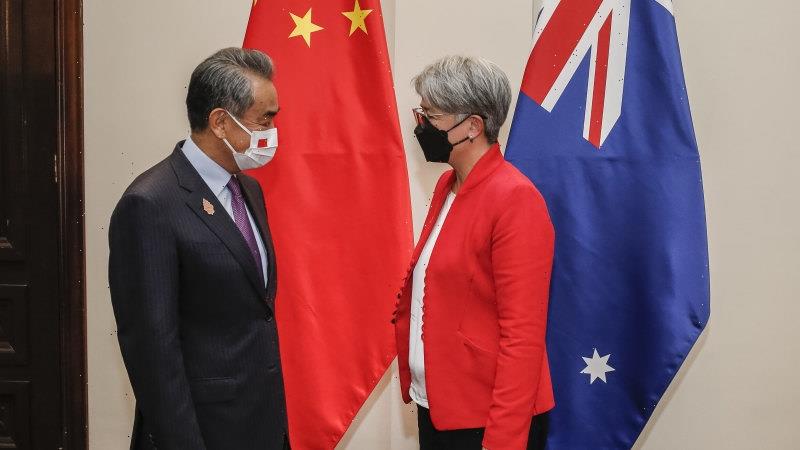 Australia can safely improve its relations with China. Here’s how

In 2012, the then-prime minister of Vanuatu Sato Kilman, was passing through Sydney Airport. Without warning, the Australian Federal Police swooped and arrested his Australian secretary on charges of tax evasion. Kilman was furious a staffer had been “kidnapped” and, back in Port Vila, threatened to tear up the agreement under which Australia trained his police, and invite China to take over. 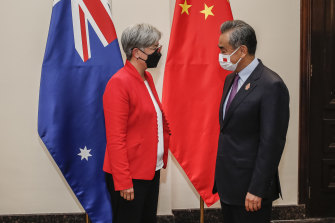 As foreign minister, I was relieved when our intelligence reported the Chinese had considered this offer but declined. They had calculated Vanuatu (population 250,000) could offer China little compared with the trade and diplomatic opportunities with rich Australia, population 25 million.

Chinese wariness about offending us was vindicated in 2015 when then-prime minister Tony Abbott presided over the apogee of Australia-China relations by ratifying a free trade agreement, joining the Asia Infrastructure Investment Bank and praising Xi Jinping for his reference to democracy in a speech to the Australian parliament.

Since then, China became the world’s biggest economy. It has become more authoritarian and assertive. All Western nations had to reassess their relations with Beijing. But from 2017, Australia deliberately swung behind hardening US attitudes hostile to China’s rise. Peter Dutton, defence minister in the Morrison government, even implied war was coming.

Australia became unique among American allies in not having any official contact. Being able to pick up the phone to Chinese leaders, as the US does and as we can now manage, is an improvement.

“Stabilising the relationship”, to quote Australia’s Foreign Minister Penny Wong, is the goal: perhaps to the point at which China would pull back from its Pacific adventurism because it would threaten a more substantial relationship with us. 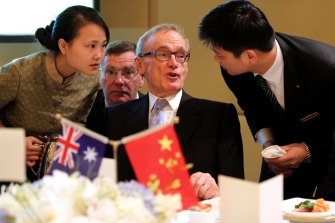 Here are three notions for the next steps. None sacrifices our values.

First, both sides should focus on trade. Canberra should propose that Trade Minister Don Farrell visit Shanghai to talk to Minister of Commerce Wang Wentao about lifting the barriers applied in 2020 to $20 billion in Australian exports.

In return, we can review the anti-dumping actions we initiated against China. We can also say, like New Zealand, we won’t block China’s entry to the sprawling trade pact (the CPTPP) that has taken the place of the Trans-Pacific Partnership the US originally sponsored but now won’t join.

Saying his farewells, Farrell can hand over a letter from Prime Minister Anthony Albanese to President Xi Jinping proposing we follow this “win-win” on trade with the quiet release of the two Australian hostages, Dr Yang Hengjun and Cheng Lei.

Farrell flies home to Adelaide to wave off the first crates of wine sent to China since 2020 with barley, coal, beef, dairy and seafood to follow.

Second, we re-tool our rhetoric, or at least some of it. Continue the language used up until now criticising the mistreatment of Uighurs and the end of Hong Kong’s legal autonomy. These are the formulae used by all Western countries anyway. Likewise on the South China Sea. China should not expect anything else.

But continue to shun the primitive “drums of war” rhetoric of Peter Dutton and department head Mike Pezzullo. Note the interesting fact that Chinese-background voters punished this overkill by delivering Labor four seats and majority government.

On the other hand, don’t apologise for excluding Huawei. Just say it was done for “the security and resilience of our network” not defining it, as Malcolm Turnbull did, as a pro-alliance gesture to impress the US. 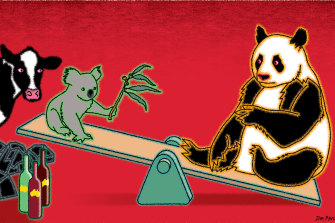 Neither side should make diplomacy through headlines or get tripped-up by them.

This month Foreign Minister Wang Yi’s four points were a moderate restatement of Chinese positions. In fact, they represented a retreat from “wolf-warrior” boilerplate. And they came on top of the Chinese ambassador Siao Qian last month disassociating himself from the earlier 14 Chinese grievances about Australia that had come from his predecessor.

Still, a journalist asked our prime minister his response to Chinese “demands.” The next headline had Albanese “rebuffing” the Chinese. “Demands” and “rebuffs” were media shorthand. Neither country used the language. Both sides need to levitate above media caricature. Wong’s formula about having “no intention of amplifying differences” might have been useful.

Three, Australia should pursue creative middle-power diplomacy on Taiwan – as if our lives depended on it.

Taiwan is not Ukraine. The west “acknowledges” China’s claim that Taiwan is a province of China, not an independent country. Ukraine, by contrast, is recognised as a sovereign state.

Asked about Taiwan, we can resort to good, all-weather diplomatic words. We can say we welcome the fact senior US security adviser Jake Sullivan and Chinese Communist Party Politburo Member Yang Jiechi have had hours of talks.

This US-China diplomacy is about peace and security. Among other things, it is laying down guard rails to avoid war over the Taiwan Strait. We can add that with all of Asia, Australia supports a return to a cross-strait status quo, like the one that preserved the peace for 60 years.

An Australian diplomatic campaign to avoid war can engage friends like Japan, New Zealand, Canada and the 10 ASEAN states. War over Taiwan, as Professor of Strategic Studies at the Australian National University Hugh White argues, carries a serious possibility of the US being defeated. This is not in Australia’s interests, especially if it means a US retreat from Asia or, 57 years after Hiroshima, a danger the war becomes nuclear.

In the panic and terror of its opening phase we can barely guess which missiles would be flung where. But US facilities in Australia would be almost certain targets. The blast zones and lethal plumes of fallout carried by high-altitude winds would put an end to our national story in a flurry of radioactivate destruction.

Winston Churchill once urged “jaw jaw” as an alternative to war. All sides might ponder that the creative words and boring talk of diplomacy were invented to give peace a chance.

How pets are staying cool in the heatwave
Entertainment