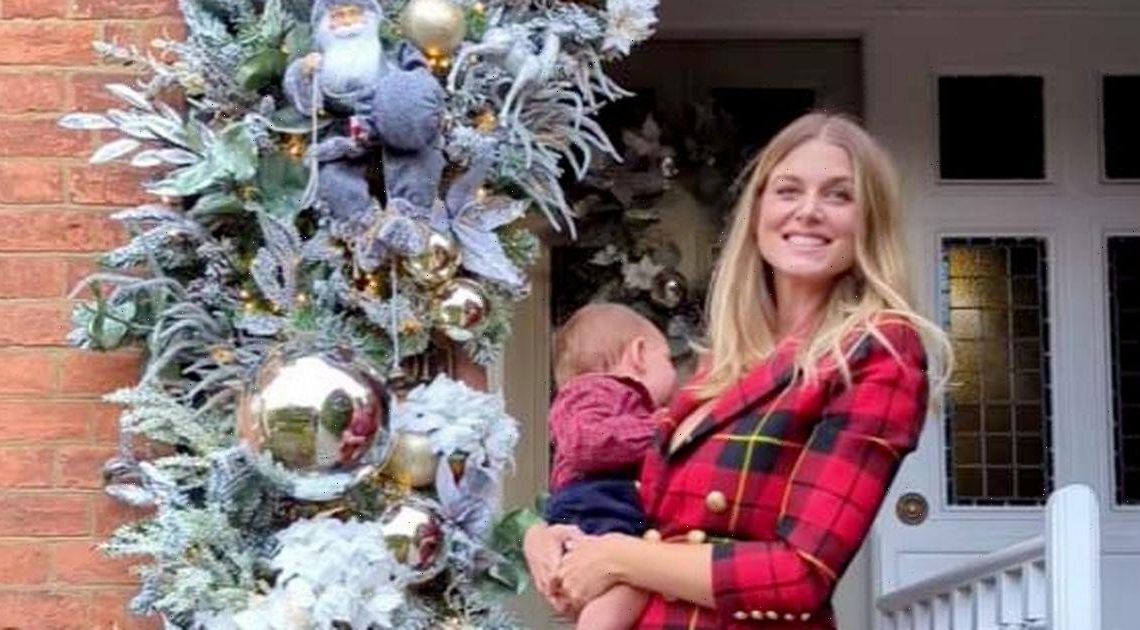 Ashley James has revealed the gorgeous festive decorations at her home, sharing pictures on Instagram.

The former Made In Chelsea star, model and DJ lives in West London with her boyfriend, Tom Andrews, and their baby son, Alfie River.

Sharing series of snaps of her newly-decorated pad, the 34-year-old captioned the post with a cheerful statement: “Well it's definitely the first time I've done Christmas decorations in November, but it's our first year as a little family in our new home.

"Plus I feel like living through a pandemic means we all need an extra dose of Christmas cheer."

"My whole family are coming to ours for Christmas this year, including my gran and my little nephew, so I wanted to make it extra special," she continued. "I've still not bought any presents or ordered the food, but at least the door looks nice. ”

The video shows Ashley standing on the front porch of her lovely home, while holding baby Alfie.

The star is sporting stylish leather trousers and a simple white t-shirt.

However as Ashley gets into the festive spirit, she swaps her chic ensemble for a festive red tartan skirt and suit jacket, paired with glamorous over-the-knee black boots.

Behind the star, her doorway is adorned with decorations and fairy lights, so she's all ready – and way ahead of schedule! – for Christmas.

Ashley gave birth to her son back in January, and the baby is her first with with her tech professional boyfriend Tom.

In a recent exclusive interview with OK! the former Made in Chelsea star spoke candidly about motherhood.

Describing parenting as "amazing" but “a whirlwind of juggling," Ashley explained why she's breaking down the stigma around talking about women’s post-natal bodies and discussed her experiences with urinary incontinence.

“I was terrified and embarrassed because while incontinence shouldn’t be embarrassing, of course it is," she said.

Going on to talk about an incident in the park, she continued: "You don’t know who will notice and you feel super exposed when it happens.

“I had to get Tommy to meet me and walk behind me on the way home and lot of public loos were closed because of the pandemic which adds to trauma of leaving the house. It totally affects your confidence because, let’s be honest, you don’t feel like your sexiest self when you are having to deal with incontinence.”

Ashley has previously won praise for her honesty on body image, weight gain and ageing, and is known for posting candid, un-edited photos on Instagram.

For all your latest updates on Ashley James, sign up to OK!'s daily newsletter.

How to transform your kettle in MINUTES