Home » Lifestyle » Are we really ‘all in this together’, Prime Minister?

Are we really ‘all in this together’, Prime Minister?

Early in the COVID pandemic, Scott Morrison and his ministers defended delays in producing a British -style wage subsidy scheme to protect devastated workers by saying they were working on a uniquely Australian solution.

On March 24 last year, after Gladys Berejiklian and Daniel Andrews united to force the country into lockdown, something which Morrison had also resisted, he warned it could be very “dangerous” to dream up other schemes, like the British one. 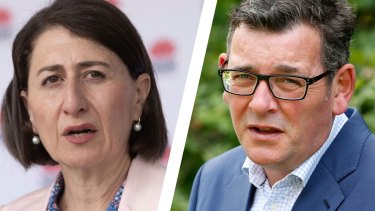 Once again, it wasn’t a race. Except for the hundreds of thousands of jobless who sprinted to the closest Centrelink office.

Except it hasn’t been fair. The notion we are all in it together disappeared long ago. Not everybody has experienced hard times, quite the opposite, so clearly a new definition is needed of what it is to be Australian.

When questions were raised about overpayments, the Prime Minister and his Treasurer Josh Frydenberg switched defences from not rushing to saying it was a rush because the economy was on the edge of an “abyss”. Morrison also dismissed calls to recover monies by saying he wasn’t getting into the politics of envy, he would leave that to Labor.

There is no question JobKeeper succeeded in preventing economic and social catastrophe by saving an estimated 700,000 jobs.

What is inexcusable is the gaping flaw which saw overpayment of a staggering $13 billion to entities with no mechanism to compel repayment. The government succeeded in making some very rich people even richer while still hunting down pensioners for a few lousy dollars in overpayments.

Then it used Pauline Hanson to scuttle crossbench Senator Rex Patrick’s bill to force the disclosure of payments to all companies and entities with a turnover of more than $10 million. 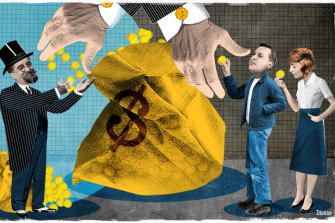 JobKeeper has made some very rich people richer.Credit:Dionne Gain

Responses to calls for corrective action have been as mulish and as tone-deaf as passing legislation implementing only six of the recommendations of the [email protected] report on the eve of the National Summit on Women’s Safety. There are no apologies only insistence that it was worth the money and how unfair and counterproductive it would be to name those who overclaimed.

Morrison’s aversion to transparency remains deplorably consistent and universal. After he was caught sneaking off to Hawaii during the bushfires, he blamed staff for failing to announce his absence. “The office won’t do that again,” he said. “You learn from these things.”

Apparently not. He claimed that same office only told him about the Brittany Higgins rape allegations after they were published. Then at the weekend he snuck off to Sydney, spent the Father’s Day weekend with his family then returned to Canberra.

It may have been within the rules for politicians, but it made a mockery of the “all in it together” homilies. He would have done better to be upfront about the trip rather than posting an old photo with his wife and daughters designed to leave the impression that, like a lot of dads, he had missed out on precious family time.

His defence, that he lives in Sydney, like the revelation by Laura Tingle on ABC’s 7.30 that his home state has received a much higher proportion of vaccines, only enhances his status as the Prime Minister for NSW.

When the proverbial hit the fan over his trip, Morrison made contact with Labor leader Anthony Albanese to confirm Albanese would adhere to his long-standing practice of not getting stuck in when families were involved, then he bought himself cover by making sure a version of that undertaking was briefed to media.

One day, his lack of candour, his remorseless political calculations, will be the death of him. So could the JobKeeper scandal if it’s not fixed.

Morrison has been extraordinarily agile in re-pivoting on every issue which has gone belly-up, and it is not for nothing that in the upper echelons of Frydenberg’s Treasury department they only half-jokingly call him Just In Time Josh. He cuts it fine then somehow manages to get where he needs to be in the end.

Morrison and Frydenberg should use the moral authority of their offices to insist – not ask politely – companies return the money. They could do it today, or tomorrow. It’s not too late, before this scandal turns catastrophic. 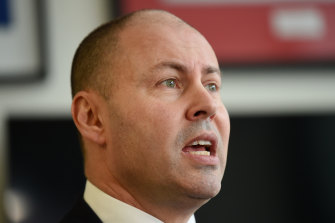 Just for some perspective on how much is involved, it is $1300 for every Australian household, and more than double that proposed by Albanese for everyone who got vaccinated. At least they would have spent it here.

Louis Vuitton bagged almost $6 million from JobKeeper then, voila, managed to lift its dividend to its parent company in France by $6.6 million.

Recouping that money would go a long way to providing shelter for vulnerable women and children, or the homeless or to ventilate schools or save struggling small businesses. There are literally thousands of ways it could be spent to improve the lives of ordinary people.

It doesn’t take a genius to work out Labor’s election advertising. There will be testimonials, tears and outrage, contrasting the government’s treatment of disabled pensioners with that of luxury car dealers. “Strong against the weak, weak against the strong,” Albanese says of the Morrison government.

The shadow assistant treasurer, Andrew Leigh, instrumental in getting the issue up, gives a taste of what lies ahead.

“The Morrison government has written more than 10,000 letters of demand to social security recipients in JobKeeper-supported jobs. But they haven’t said anything to the more than 150,000 firms that got JobKeeper despite rising revenue. The federal government has a loud megaphone, and should urge firms who were overpaid JobKeeper to give the money back.”

Good luck dismissing that as the politics of envy.

Niki Savva is a regular columnist and a former Coalition adviser.