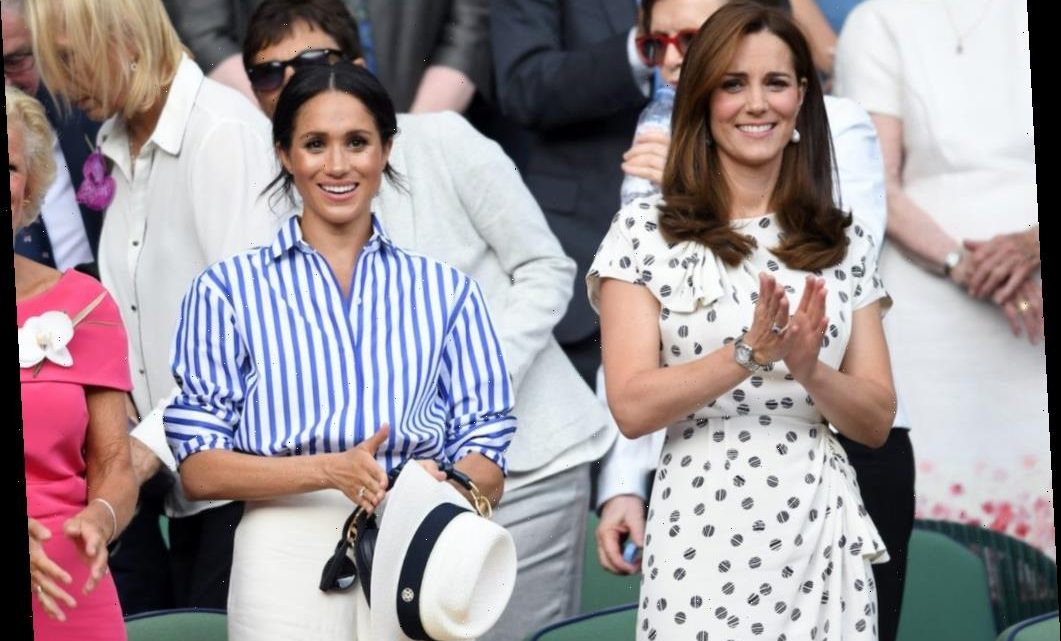 Meghan, Duchess of Sussex and Catherine, Duchess of Cambridge have been pitted against each other almost since the moment that Meghan joined the royal family. Instead of being allowed to be confidants to one another, fans either loved Meghan and hated Kate or vice versa, and many media outlets chose to make Kate the hero and Meghan the villain of several stories. Now that Meghan is no longer a working royal, have she and Kate been able to become friends?

After Meghan’s 2018 wedding to Prince Harry, stories started swirling that Meghan had made Kate cry over bridezilla like behavior having to do with flower girl dresses. In her recent interview with Oprah Winfrey, Meghan revealed that the story was not true.

“The reverse happened,” Meghan said. “And I don’t say that to be disparaging to anyone, because it was a really hard week of the wedding, and she was upset about something. But she owned it, and she apologized and she brought me flowers and a note apologizing.”

Though Meghan did reveal that it was Kate who made her cry, she didn’t want to get into why.

“I actually think it’s — I don’t think it’s fair to her to get into the details of that because she apologized,” she continued. “And I’ve forgiven her.”

But what Meghan found most surprising was that somehow the story ended up in the press with her as the villain.

“I would have never wanted that to come out about her ever, even though it happened,” she said.

During the interview, Meghan also addressed people and royal family members who tried to compare what she and Kate had been through when joining the family.

“Kate was called ‘Waity Katie,’ waiting to marry William. While I imagine that was really hard — and I do, I can’t picture what that felt like — this is not the same,” Meghan told Oprah. “And if a member of his family will comfortably say, ‘We’ve all had to deal with some things that are rude,’ rude and racist are not the same.”

Despite setting the record straight, Meghan made sure to let it be known that Kate is a “good person.” She also told fans that there is no reason to hate either one of them.

Throughout the interview, Meghan spoke highly of both the queen and Kate, making it seem like she is still on good terms with both of them. She did not, on the other hand, speak about her relationship with Harry’s brother, Prince William.

When Harry joined the interview, he revealed that he and William are not on the best of terms.

“I love William to bits,” Harry told Oprah. “He’s my brother and we’ve been through hell together but we were on different paths.”

He does, however, hope they can be close again at some point.

“The relationship is space at the moment and time heals all things hopefully,” he said.