Two of the biggest superstars of all time are teaming up in a new film, and fans couldn’t be more excited. Once Upon a Time in Hollywood, Quentin Tarantino’s newest film, is set for release on July 26. Working as co-stars for the first time ever are major movie stars Leonardo DiCaprio and Brad Pitt, Hollywood’s two golden boys.

Although some might theorize that the A-listers might have struggled at sharing screen time (after all, movie stars are thought to be egocentric) that seems not to be the case. 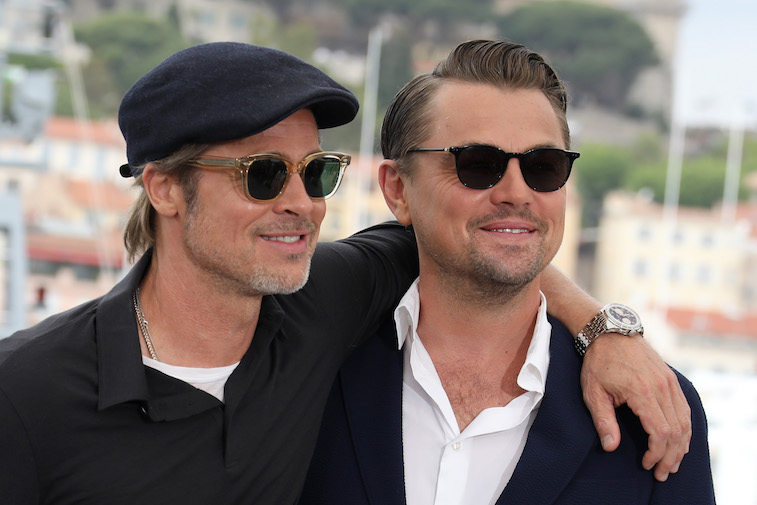 Pitt and DiCaprio became popular around the same time, in the mid-90s. They share some striking similarities in that they both initially achieved fame for their heartthrob good looks, and their personal lives have both become the subject of intense public scrutiny.

Both DiCaprio and Pitt have received international acclaim for their acting abilities – but only DiCaprio has won the coveted “Best Actor” Oscar.

Their paths have diverged in the past few years, with Pitt taking a step back from acting in order to focus on raising his family. He has also been mired in a difficult custody battle with his ex-wife, Angelina Jolie.

By contrast, DiCaprio, who is well-known as a ladies man with a penchant for dating much-younger models, has no children, and therefore more time to focus on picking and choosing different roles. He has also been working with climate change activists, and although he hasn’t had a major movie role since 2015, is still a vital force in the film industry.

While it is odd that the two have never starred in a movie together, although they did make small cameo appearances in the 2015 film The Audition, it makes sense considering how much it would cost for a film’s producer to hire both superstars.

What is their new movie about?

Fortunately, Quentin Tarantino carries enough sway in Hollywood to convince studio executives to bend to his will. When it was reported that he had managed to hire both Pitt and DiCaprio for his latest movie, critics were shocked. The movie, called Once Upon a Time in Hollywood, is said to be a return to form for both Brad Pitt and Leonardo DiCaprio. Also starring Margot Robbie, the film takes place in the late sixties and centers around the fading career of a television actor, played by DiCaprio, and his stunt double, played by Pitt.

With smaller roles played by actors such as Al Pacino, Timothy Dalton, Dakota Fanning, and Kurt Russell, the movie has built up a lot of excitement and supposedly portrays the golden age of Hollywood through multiple storylines and points of view.

How do Brad Pitt and Leonardo DiCaprio get along?

Even though Pitt and DiCaprio are movie stars of the highest caliber, it seems as though at heart, they are just regular guys. While on the press tour for Once Upon a Time in Hollywood, Pitt and DiCaprio have been snapped hugging it out on the red carpet, laughing and chatting with each other.

In fact, their “bromance” is giving the film even more attention and could lead to a huge opening weekend for the Tarantino-directed movie. The two stars have also paid each other many compliments over the past several months, with Pitt claiming that DiCaprio is “the best” and that their shared experiences in the film industry have made it easy for them to work together.

It’s too early to predict what the audience consensus will be for the upcoming film, but if early excitement is any indication, viewers will turn out in droves to witness Pitt and DiCaprio’s onscreen pairing.