Home » Lifestyle » April 8 – On this day: 28 years since team sports for all came back to school

April 8 – On this day: 28 years since team sports for all came back to school 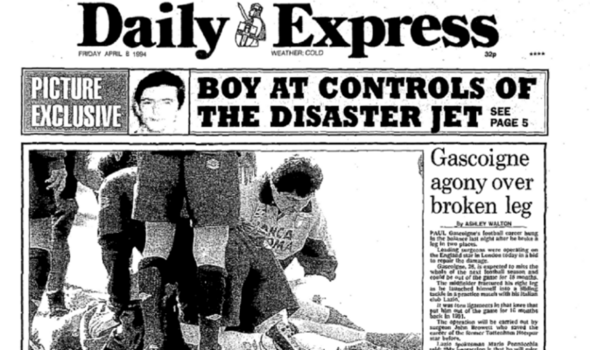 A report by Sports Minister Iain Sproat urged the PM to intervene personally in what ministers believed was a crisis for children and the UK’s national games.

36 years ago (1986) Film legend Clint Eastwood was elected mayor of the Californian town of Carmel.

The Dirty Harry star decided to run after a series of clashes with the local council which refused him permission to renovate his restaurant.

Turnout was twice the normal number and Eastwood gained threequarters of the vote.

54 years ago (1968) We revealed the death of Scottish F1 legend Jim Clark in a minor F2 race near Heidelberg, West Germany.

The two-time F1 world title winner sustained a fractured skull and broken neck as his car veered off the track at 170mph and crashed into trees. He was pronounced dead on arrival at hospital.

The accident stunned the racing community and Clark’s funeral in the Scottish Borders was attended by fans from around the world.