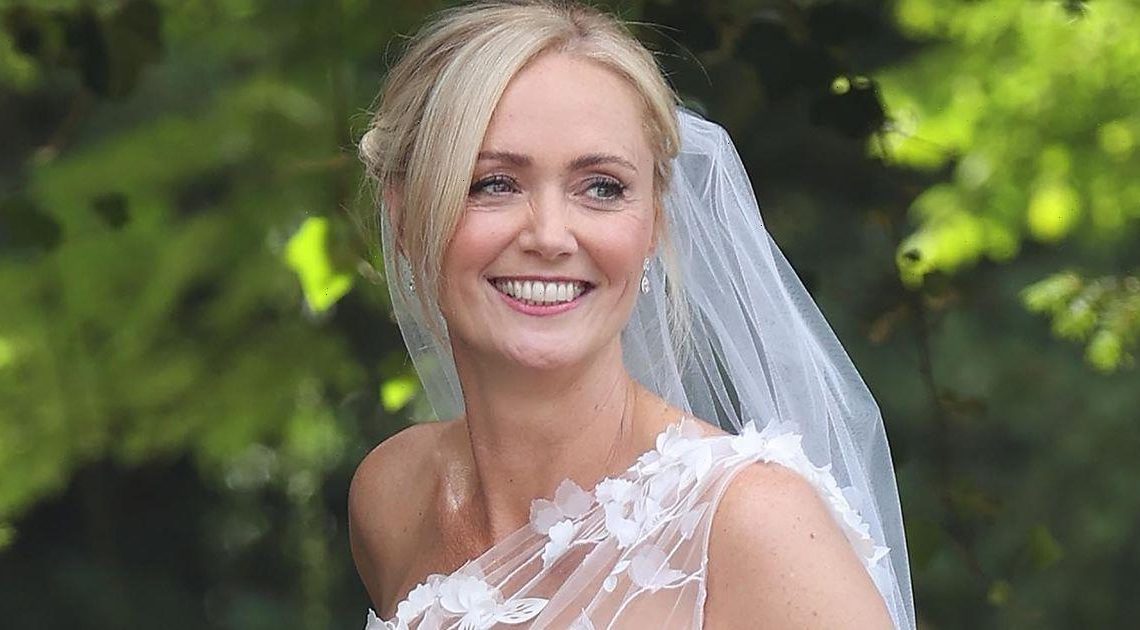 It was a big day for TV star Ant McPartlin over the weekend, as he married Anne-Marie Corbett.

The couple tied the knot at St Michael's Church in Hampshire in front of 150 wedding guests before heading to a lavish hotel for the wedding reception.

Anne-Marie's teenage daughters, Poppy and Daisy, were there, and Ant was thanked by her mum for being a "great stepdad" to them at the wedding, the Mirror reports.

Despite the day running perfectly, there was one person missing from the big day – Anne-Marie's late dad. However, beautiful Anne-Marie made sure her dad was there in spirit, and she paid tribute to him in a sweet way.

Anne-Marie made her father Paddy a part of the sweet ceremony by attaching a trinket to her beautiful flower bouquet.

In the photo attached to the trinket, Anne-Marie could be seen sat on her dad's shoulders, it has been reported. The trinket is also believed to have held the message "dad," with a kiss next to it, engraved on the side.

The stunning bride was then seen clutching to her flowers while kissing Ant outside the church, and the sweet photo could be seen hanging down.

Anne-Marie's mum was at the wedding, and Ant paid tribute to his new mother-in-law with his speech.

Anne-Marie's daughters performed readings at the ceremony, including the touching Richard Bach poem The Bridge Across Forever, which speaks about finding your soulmate.

Part of the poem read by the two teens reads: "A soulmate is someone who has locks that fit our keys, and keys to fit our locks.

"When we feel safe enough to open the locks, our truest selves step out and we can be completely and honestly who we are; we can be loved for who we are and not for who we’re pretending to be." As part of the nuptials, Dec, 45, is believed to have told attendees how Ant was "the best friend a man could have" before reading a prayer at the ceremony.

Other showbiz names in attendance at the wedding were Christine Lampard and her husband Frank, Phillip Schofield and his wife Stephanie Lowe, and Dermot O'Leary and his wife Dee Koppang.

Fellow BGT star Amanda Holden was invited but was unable to attend, but it is believed Simon Cowell was not on the guest list.

For all your updates on Ant McPartlin and his new wife, sign up to our daily OK! newsletter.

Nightmare meanings: What your terrifying dreams mean, and why you should never ignore them
Entertainment