Home » Lifestyle » ANDREW PIERCE: The vote that could send Labour to the grave… 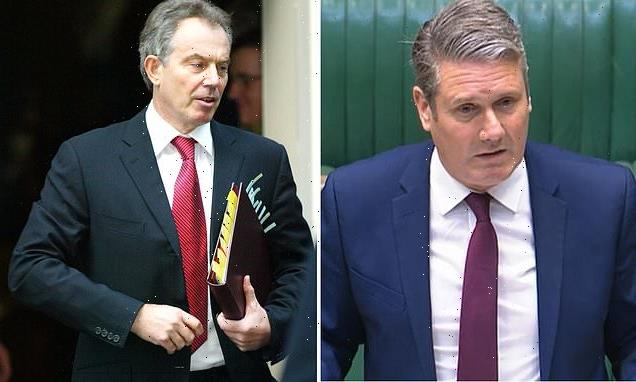 ANDREW PIERCE: The vote that could send Labour to the grave…

ANDREW PIERCE: Vote that could send Labour to the grave… and you probably didn’t know it was happening

This is the election that will determine the future of Labour — and perhaps whether it continues to exist as a party at all.

No, not a plan to unseat Sir Keir Starmer — but the race to succeed ‘Red Len’ McCluskey as the leader of Unite, the 1.4-million strong trade union that the Corbyn-supporting McCluskey has controlled with an iron grip since 2010.

A storm in a far-Left teacup? Hardly. The outcome of the contest may dictate not just Starmer’s survival, but Labour’s position as a political force in Britain.

With the exception of Tony Blair — a hate figure for most socialists — Labour has not won a general election in 47 years.

Mandelson knows that winning elections is about appealing to the centre ground of British politics — not playing to the party faithful.

Yet while the Conservatives can drum up policies that appeal to floating voters, Labour has been hamstrung by the historical settlement of its creation — which sees it reliant on the huge sums that flow into its coffers from the trade unions.

This gives the people who run those unions huge unofficial influence over the party — and, many believe, the ability to help shape policy. 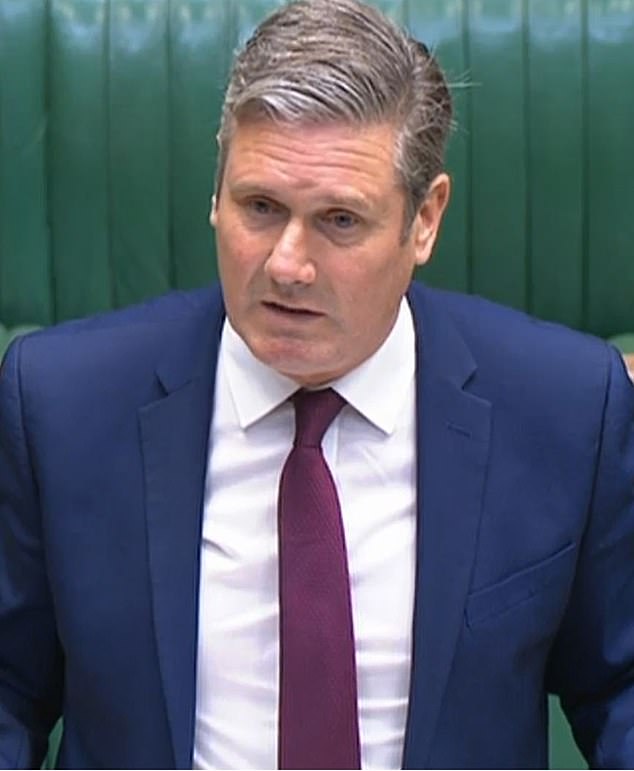 The outcome of the contest to lead Unite may dictate not just Sir Keir Starmer’s survival (pictured), but Labour’s position as a political force in Britain

Starmer emerged bloodied but unbowed after a narrow victory in last month’s Batley and Spen by-election (a loss would likely have seen a leadership challenge.)

And now voting is under way for the leadership contest of Unite. The result, which will be revealed at the end of next month, could lead to a dramatic shift in the political landscape.

Unite is the second-largest union in the country and it wields the most power over Labour.

Without Unite’s money sloshing into Labour’s war chest — the union handed over £3 million to it before the last election — the party would likely be bankrupt.

Labour’s reliance on Unite’s money has made the 70-year-old McCluskey one of the most powerful union barons since the bad old days of the 1970s, when Britain was brought to a virtual standstill with waves of national strikes and industrial unrest.

A larger-than-life character and an accomplished media performer, the hard-Left McCluskey has relished his role and gives no sign of going quietly.

So who is next to replace him as general secretary?

At the start of the campaign, there were four candidates. But hardline Howard Beckett, who threatened to cut all funding to Labour in protest at Starmer’s centrist approach, has withdrawn.

Remaining contenders are former bus conductor Steve Turner, who enjoys the endorsement of the Communist Party as well as McCluskey himself; Sharon Graham, the favourite of the Socialist Workers’ Party; and finally Gerard Coyne, 58, who narrowly lost to McCluskey in 2017 and who is widely seen as the favourite of Labour’s more moderate wing.

And what characters they are. 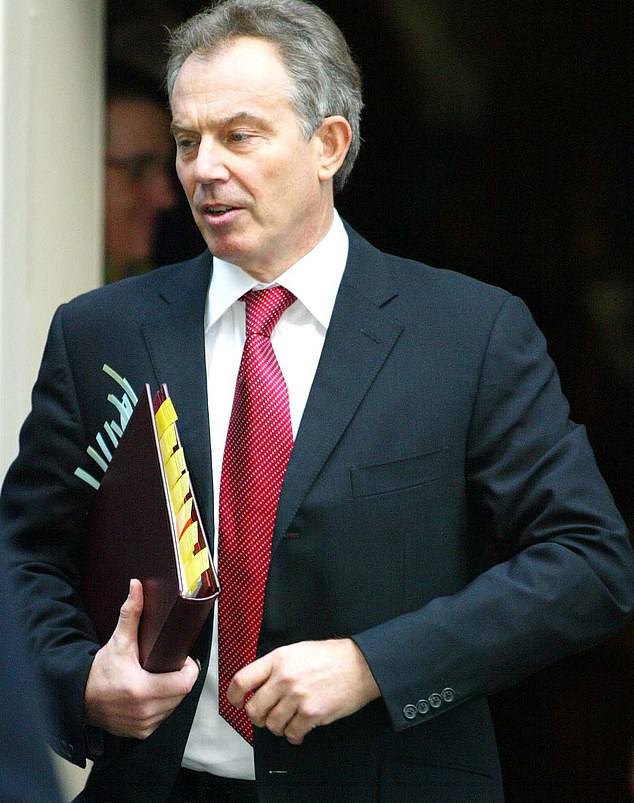 A trade unionist since he began working on the buses 40 years ago, Turner, 58, was a proud former member of Militant, the far-Left group that nearly destroyed Neil Kinnock’s Labour during the 1980s and which brought Liverpool City Council to its knees. (Turner himself is from Merseyside.)

Having moved up the Unite hierarchy over the past three decades, Turner has a formidable grassroots operation. A teenage Trotskyite, there is little sign his views have mellowed since; Britain’s Communists proudly call him ‘a passionate fighter for his class’.

Turner cannot conceal his disdain for the return of Lord Mandelson, one of the key architects of New Labour, as an adviser to Starmer.

‘Keir . . . stood on a programme that saw trade union members give him their vote,’ Turner has said. ‘He can’t just bin [something] because Peter Mandelson doesn’t like it. To do so is to insult those who put their trust in him.’

Sharon Graham, the favourite of the SWP and the first woman to lead Unite if she wins, left school at 16 and worked as a silver-service waitress in London. A year later, she led a successful walk-out defending the rights of casual workers.

She has fallen victim to the appalling sexism of the hard Left, caricatured as a ‘Margaret Thatcher’ figure despite her solid socialist credentials.

‘If you’re a woman in a leadership role, it’s all the usual sexist stuff,’ she has said. ‘It will never deter me. Maybe they’re worried I might win.’

Sir Keir Starmer is pinning his faith on Gerard Coyne, who lost in 2017 on a paltry turnout of under 13 per cent.

Coyne, who joined Unite as a teenager while working at a supermarket, was dramatically sacked as Unite’s West Midlands organiser after being found to have inappropriately used Labour Party data to contact potential supporters.

He branded the disciplinary hearing a ‘show trial’. 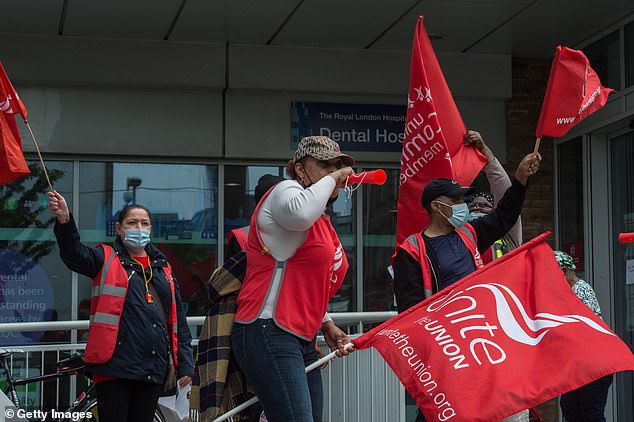 Crucially, Coyne is the only candidate willing to say he will work with and not against Starmer.

This vital election will determine whether this rich and powerful union continues to support Labour. Without it, the party may be fatally wounded and even face ruin.

Union barons can shape Labour policy in crucial ways. For the sake of the hard-Left, many of these plans for government can horrify large swathes of the electorate —creating a desperate worry for Starmer if Turner or Graham wins.

Having not won an election since 2005, Labour is now facing a life-or-death struggle for political relevance, trailing the Tories in the polls despite Conservative hegemony lasting more than a decade.

One moderate Labour MP said: ‘You cannot overestimate the role of McCluskey and Unite in the disasters of the last decade, including the three lost elections. It’s hard to believe Corbynism could have happened without McCluskey. It’s critical for our future, if we’ve got one, that the McCluskey era ends for good.’

Last year, McCluskey slashed Unite’s funds to Labour by £1 million — in a furious warning about the party’s direction.

I am told that key figures at Labour HQ are seriously considering what they call the ‘masochist’ option: that is, if the hard-Left Turner wins — to McCluskey’s obvious delight — Starmer and his team would dramatically refuse to take Unite’s millions, denying the new general secretary a voice in Labour’s operation.

Masochistic? It could prove suicidal. After the doldrums of Corbynism, which saw wealthy donors fleeing the bizarre agenda of the bearded ultra socialist, Labour has virtually no business sponsorship or high-value donors.

It would have to find alternative sources of cash — and fast — in precisely the way that Blair and Mandelson managed to.

Luke Akehurst, who runs the moderate Labour to Win movement and is backing Coyne, says: ‘A victory for Gerard Coyne would mean Starmer had the most supportive line-up of major unions that any Labour leader has had since 1951. This would give him the support he needs to transform Labour into an election-winning party.’

The similarly centrist Labour Uncut website was even more graphic. ‘Labour has spent a decade being poisoned by Unite’s politics,’ it said. ‘If it is ever to fully recover, it must also be prepared for some drastic medicine.’

The question is: will they take a suicide pill instead?