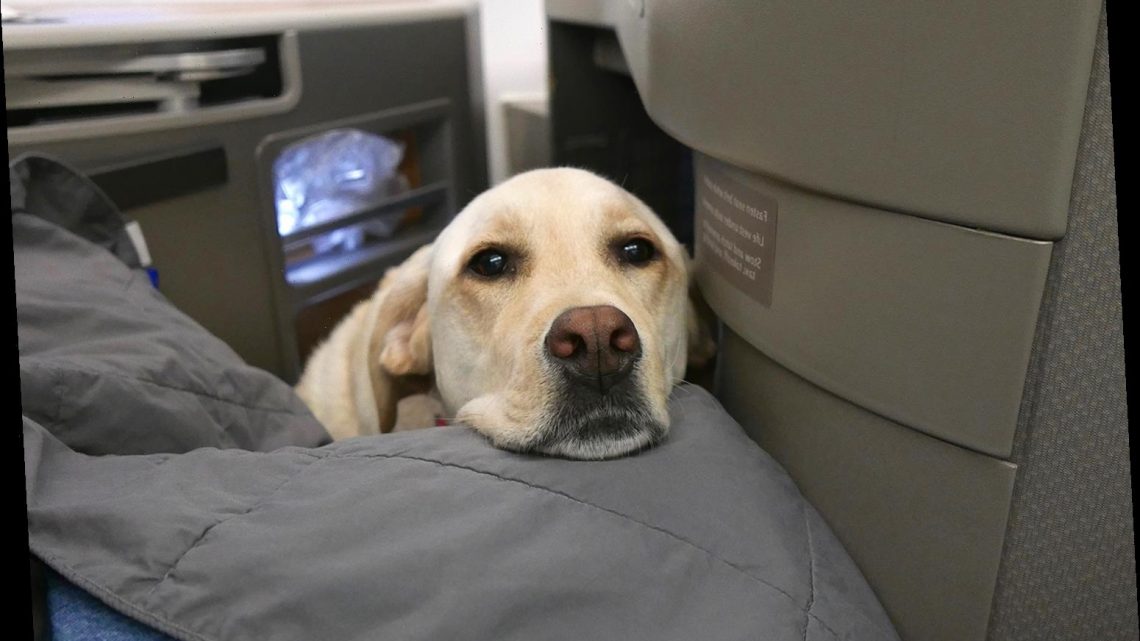 American Airlines is changing its rules when it comes to emotional service animals (ESAs).

The airline announced Tuesday that it will no longer allow animals that do not meet the Department of Transportation's definition of a service animal, including ESAs. Instead, they will be able to travel as carry-on pets or cargo pets.

"Our team is motivated by a purpose to care for people on life’s journey, and we believe these policy changes will improve our ability to do just that," Jessica Tyler, American Airlines' president of cargo and vice president of airport excellence, said in a statement.

"We're confident this approach will enable us to better serve our customers, particularly those with disabilities who travel with service animals, and better protect our team members at the airport and on the aircraft," Tyler added.

Last month, the DOT announced a revision to the Air Carrier Access Act (ACAA), which goes into effect on January 11. The rule gives airlines permission to treat ESAs as pets instead of service animals, which are defined as "a dog that is individually trained to do work or perform tasks for the benefit of a person with a disability."

This means that ESAs will no longer be guaranteed a spot in the plane's cabin with their owner. Instead, the owner will have to buy a ticket for their animal to fly and would have to follow the airline's rules on pets flying in the cabin, which include size, breed, and capacity restrictions.

Service animals are allowed to board a plane with their owner for free, regardless of breed, as long as the dog can fit in the handler's foot space on the aircraft — but can be refused by the airline if they exhibit aggressive behavior or pose a direct threat to others.

Under the new rule, however, a single handler is only allowed two service animals per flight, and airlines are allowed to require fliers with a service animal to provide DOT forms vouching for the animals' training and behavior — which American Airlines will require beginning February 1.

American Airlines will honor ESA bookings through the end of January.

Alaska Airlines announced on December 29 that it will no longer allow ESAs on its flights beginning Jan. 11, instead treating them as pets.

Ray Prentice, director of customer advocacy at Alaska Airlines, said in a statement at the time that the DOT's new rule was "welcome news," and said that it will "help us reduce disturbances on board, while continuing to accommodate our guests traveling with qualified service animals."