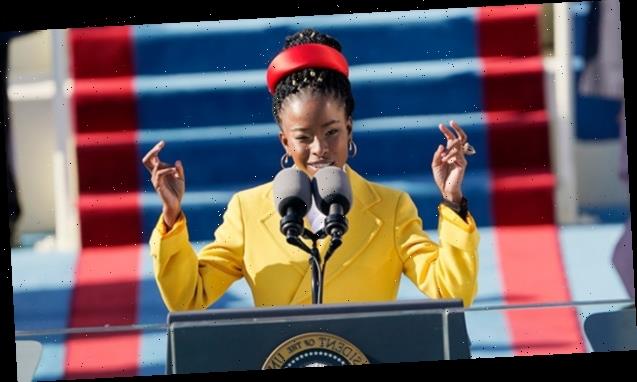 Amanda Gorman opened the Super Bowl with another inspiring poem, this time paying tribute to individuals who have ‘taken the lead’ during the COVID-19 pandemic.

Youth Poet Laureate Amanda Gorman graced us with another breathtaking poem ahead of Super Bowl LV. Gorman’s words rang strong as she addressed the nation with her message about the COVID-19 pandemic. “Today, we honor our three captains and their actions in a time of uncertainty and need,” Gorman began. “They’ve taken the lead, exceeding all expectations, uplifting their communities as neighbors, leaders, and educators.” She then gave the spotlight to three incredible individuals who did just that: inspired and led their communities while battling an impossible pandemic.

Gorman gained national attention after reading a remarkable piece of poetry at President Joe Biden‘s inauguration on January 20. Prior to Biden and Vice President Kamala Harris being sworn into office, Gorman stood at a lectern in front of the Capitol rotunda and read “The Hill We Climb,” a poem about the insurrection that had happened there just two weeks prior:

“We’ve seen a force that would shatter our nation rather than share it,” Amanda recited. “Would destroy our country if it meant delaying democracy. And this effort very nearly succeeded. But while democracy can be periodically delayed, it can never be permanently defeated.” Gorman, an accomplished and award-winning poet, almost immediately became a household name. 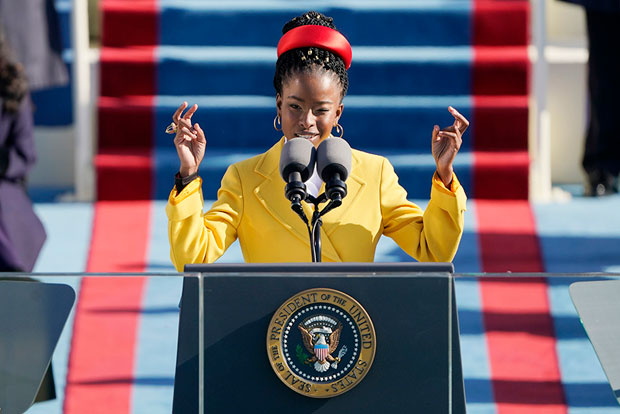 Gorman is the United States’ first Youth Poet Laureate and has read for prominent politicians and entertainers like former First Lady Michelle Obama and Lin-Manuel Miranda. She had a connection with both of them at the inauguration. “The Hill We Climb” contained a subtle nod to Lin’s Hamilton. Gorman also later said on Ellen that she was near the Obamas in the audience and told a hilarious anecdote about FLOTUS “yelling” at husband Barack Obama to stop hugging so many people.