Home » Lifestyle » All Of Ben Affleck’s Girlfriends And Their Net Worth, Ranked 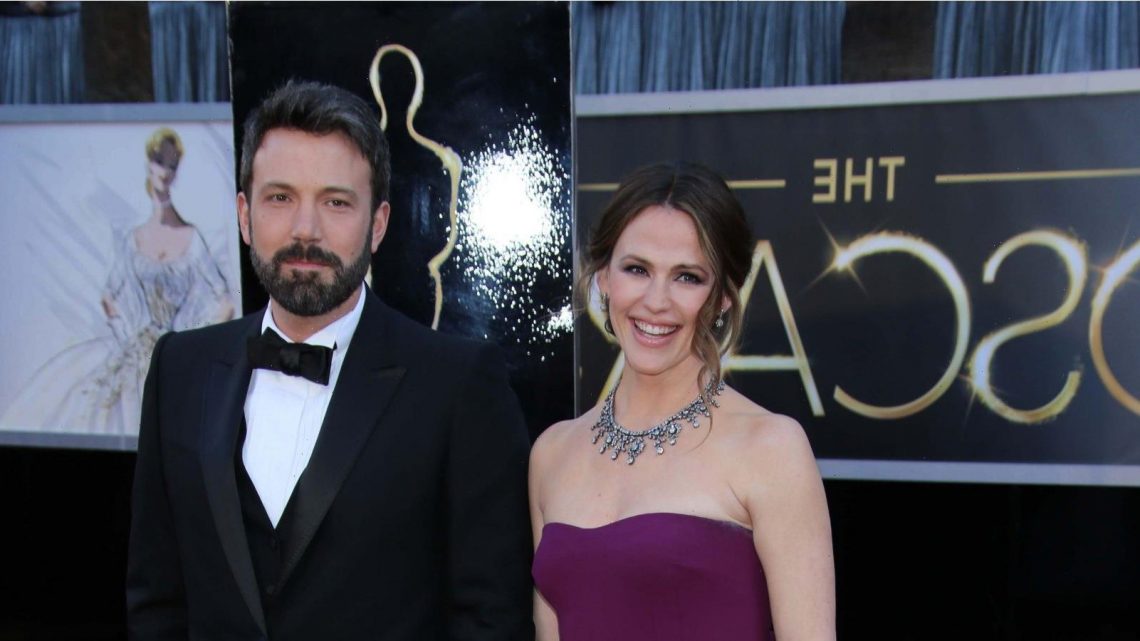 All Of Ben Affleck’s Girlfriends And Their Net Worth, Ranked

After attending theater performances from a young age, Ben Affleck and his brother Casey began auditioning as child actors, where he met his long-time best friend, Matt Damon. The duo struck a strong friendship that earned them their first Oscar for Best Original Screenplay for writing Good Will Hunting. The critical and commercial success of the film pushed Affleck into stardom, and he became one of the most sought-after actors in Hollywood. Through his work as a producer, actor, and director, Affleck has amassed a $150 million net worth. As one of the most popular actors, there is a lot of scrutiny on the actor’s private life.

One of the most talked-out aspects of Affleck has been his high-profile romances since 1997 and his long-term marriage with Jennifer Garner before their split. As the actor is now happily married to Jennifer Lopez, let’s look at the net worth of Ben Affleck’s past girlfriends.

During his split from Lindsay Shookus in 2018, Affleck was in a short-term relationship with Playboy model Shauna Sexton for 40 days while he was in and out of rehab for alcohol addiction. While the couple had a romantic getaway after his rehab duration ended, they decided to maintain a platonic relationship so the actor could focus on his family and future projects. Sexton has a $225,000 fortune from her work, known for her photoshoots and runaway-ready pictures.

Cheyenne Rothman and Ben Affleck were high school sweethearts who first met at a summer camp, where their romance began. According to US Magazine, they dated each other on and off for seven years before ending their relationship in 1997 following Affleck’s fame after his Oscar win for Good Will Hunting. Rothman has a net worth of $100,000 that she has garnered throughout her career as a short-film director.

Following his divorce from Jennifer Garner, Ben Affleck was first spotted with producer Lindsay Shookus in July 2017 when they went out on a dinner date. While the couple broke up a year later before Affleck went to rehab, they were back together in early 2019 before officially ending things. The couple split as they lived in separate cities closer to their children and wanted to focus on their families. Shookus is best known for being a producer on Saturday Night Live for over 20 years and even served as an Executive Producer on 30 Rock.

RELATED: Lindsay Shookus Reveals What Dating Ben Affleck Is Like

In one of Affleck’s most publicized relationships, Ben Affleck was first linked to the Cuban-Spanish actress Ana de Armas in March 2020 when they spent their vacation in Cuba. The couple was spotted together running errands and going on date nights in LA for several months before they moved in together in December 2020, as noted by Harper’s Bazaar. The couple ended things only a month later. Ana de Armas has been a star in several movies in recent years, including Blade Runner 2049, No Time To Die, Deep Water, Knives Out, and The Gray Man.

Once known as Hollywood’s most famous power couple, Ben Affleck and Jennifer Garner met in the Summer of 2000 on the set of their movie Pearl Harbor when Garner was married to her first husband, Scott Foley, and Affleck began his romance with Jennifer Lopez. Four years later, they were single again and made their relationship public. As mentioned by Cosmopolitan, the couple got engaged a year later on Garner’s 33rd birthday. While things seemed steady to the public, they surprised everyone by announcing their split in 2015 and getting divorced a year later. Garner has amassed an $80 million fortune from her starring roles in movies and brand endorsements.

After meeting on the set of the Oscar-winning film Shakespeare In Love, which also won Gwyneth Paltrow her Oscar, Ben Affleck began dating the actress in 1997. The couple shared an on-again-off-again relationship until ending things in 2000. The couple remains on good terms with each other today. Paltrow is an award-winning actress and a businesswoman known for her Goop empire valued at $250 million. She has starred in Marvel movies as the character Pepper Potts and a series of drama and action movies.

Jennifer Lopez and Ben Affleck first met on the set of Gigli in 2001, and the movie turned out to be a box-office failure after its release. Affleck and Lopez made their relationship public in 2002 and got engaged within a few months. After postponing the wedding to 2003, they officially ended their relationship in 2004, as reported by Page Six. The internet went into a frenzy when Affleck and Lopez rekindled their romance in April 2021 and got engaged a year later. Lopez is one of the highest-earning musicians in Hollywood, with a net worth of over $400 million from her business ventures, brand endorsements, and touring residencies.

Ben Affleck has had several relationships since his 2004 split with Jennifer Lopez, but sparks flew for the couple when they reunited in 2021 and soon got engaged. Deciding against waiting for a long engagement, the couple eloped in Las Vegas and later held a lavish ceremony for their friends and family in August 2022.

READ NEXT: All Of Leonardo DiCaprio’s 10 Girlfriends And Their Massive Net Worth, Ranked

11 Halloween Deals to Shop Ahead of Spooky Season on Amazon

Does this patch of grass earn more money than you?
Entertainment