Home » Lifestyle » Alex Morgan Opens Up About Her Postpartum Journey 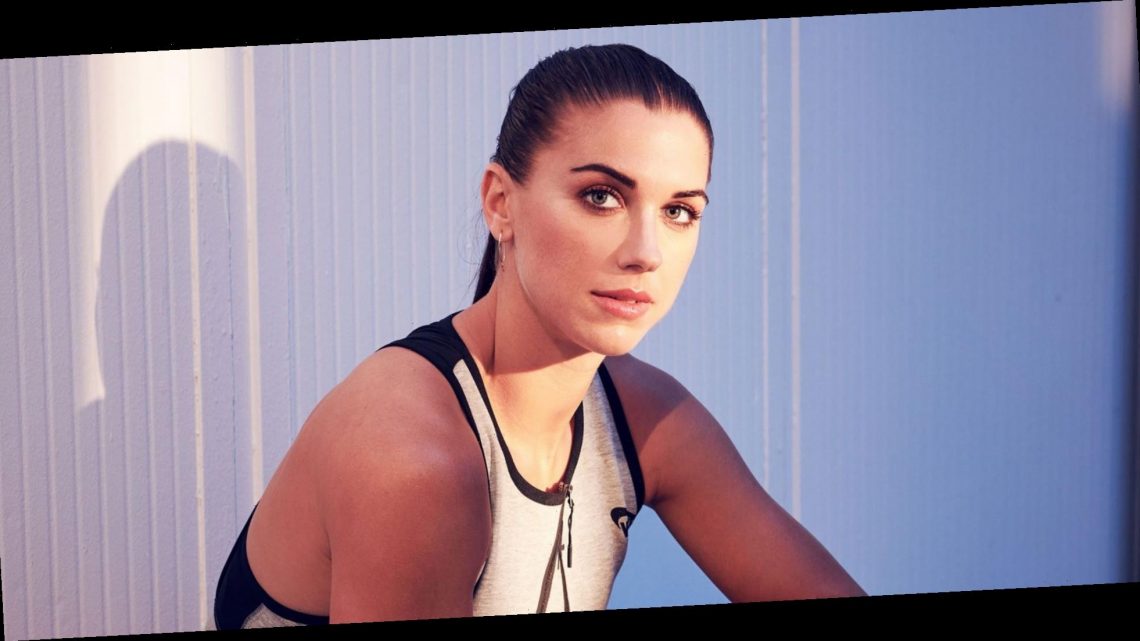 Alex Morgan Opens Up About Her Postpartum Journey Time has felt elastic for many people for the last year, as we turned inward, stayed inside, and missed out on milestones we would've marked with friends and family. And these days, time is even more precious to U.S. Soccer star Alex Morgan, given that she now has a rambunctious toddler running around. Morgan's daughter Charlie — who, at nearly one year old, has already garnered much attention and many fans through Morgan's Instagram posts — has become her number one priority, a spot that used to belong to the game.

Balancing these dual priorities makes time management all the more crucial for Morgan, so it's quite fitting that she's an ambassador for global luxury watch company Hublot, which also served as the official time keeper for the 2019 FIFA Women's World Cup.

Speaking to InStyle, Morgan opened up about how she's been balancing motherhood, her career, and taking care of herself, all in the middle of a global pandemic.

"I'm not going to lie, it's uncharted territory for me to be a mom first and an athlete second," she says. "It's just [about] balancing my time, and making sure that I'm taking as much time to spend with [Charlie] as possible. I'm trying to figure out being the best mom I can be and the best soccer player I can be."

Luckily, Morgan hasn't had to choose between the two. Charlie has basically become the team's "mascot," traveling with her mom, attending practices, and bonding with Morgan's teammates, like Kelly O'Hara, Lynn Williams, Midge Purce, and Rose Lavelle (whom Morgan jokes about really being a kid at heart). And, while you might think that spending so much time with that many world champions would influence Charlie to follow in her mother's footsteps, Morgan says Charlie's mini soccer ball is not the "first toy she goes for." And, she kicks with her right foot instead of her mom's signature, goal-scoring left, much to Morgan's dismay.

Still, Charlie has eons of time if she wants to become a world-class athlete like her mom, who was planning to play in the 2020 Tokyo Olympics just weeks after giving birth. Once the pandemic hit, however, the international event was postponed, and life as we knew it was put on pause. But just like many others, Morgan and her family were able to find some silver linings that came with the lockdown.

"I think the pandemic in general has kind of taught me to just take one day at a time, not plan too much ahead," Morgan reveals. "It just seemed like the world was speeding up, and all of a sudden, time was going on fast-forward, so it was almost a reset. And, especially for us [the United States Women's National Soccer Team], after winning the 2019 World Cup, it was a complete whirlwind. We were over-exhausting ourselves afterwards because we had endless appearances, events, opportunities to do these amazing things, but we were so depleted mentally, physically, and emotionally. To get this time, I think, was necessary for a lot of us."

Plus, it's also worth mentioning that Morgan was seven months pregnant and still training for the world stage in July 2020. The pandemic bought her more time to recover from the biggest moment of her life and spend extensive, uninterrupted, and quality time with her new daughter, which Morgan feels "lucky" to have had. Then, it allowed her a safer, less-pressured return to the sport.

"I had to navigate doing home workouts the first few weeks postpartum," she says. "I had to get extremely creative with my workouts. [I was] doing squats with Charlie. I would do a side lunge over her. I would try to do some core work while holding her instead of a medicine ball. But there were all these questions I had in my head, like 'Am I doing this right?' 'Am I taking it too easy, am I going too fast?' 'Is my body going to react in a bad way? In a good way?'"

One thing that Morgan says really helped her postpartum journey was Birthfit, a company that offers support, education, and training programs to new or expecting mothers. She says she wishes all new moms had access to resources like this.

"I just went through a very physically traumatic experience of giving birth, and it's only normal to have aches and pains. But I feel like no one is there to tell you, 'This is normal,' or 'This is OK,' or 'Go at your pace.'" She's also passionate about new moms returning to work on their own terms, which, unfortunately, isn't the case for too many in the U.S. According to a 2019 report by Unicef, the United States has the worst maternity leave benefits out of the world's richest countries. Not to mention that if you're a professional athlete, your bod y isn't necessarily ready to jump back into training and playing after six weeks.

"I think there's been little direction for moms who are pregnant that are active, that are fit, that are athletes, and even less direction postpartum for when a mom should get back into working out," says Morgan. "What kind of muscles should we be activating? Basically your core and your abs are stretching and working when you're pregnant, so how do you get that back? You know, it doesn't just go back perfectly and you're off to the races six weeks later."

It's not just about training, either. Morgan is calling on employers to keep that aforementioned balance in mind, so that women — in her case female athletes at the height of their career, who are afraid of losing momentum — aren't forced to choose between their career or a family.

"Show us athletes that we are supported in our journeys, and that we will have a spot when we come back if we still want that," says Morgan."When you're not supported by your employer that makes you not want to start your family during your career. Or that makes you cut your career short because you feel like it's one or the other, which I feel like used to be the case."

Morgan, of course, isn't new to advocating for women's rights. She and her teammates spent five years fighting for equal pay to what the men earn, and to put an end to gender discrimination in sports. Now, since the birth of her daughter, she has even more reason to fight for equality.

Morgan is set on instilling female empowerment in Charlie at a young age by giving her amazing role models to look up to — and we're not just talking about the U.S. Women's Soccer Team (although, that's a roster chock full of good influences). She tells InStyle that Charlie has a Ruth Bader Ginsburg onesie, and when she's not rocking that badass look (or other designs with dogs and lemons, which are her second favorites), the little one's style is pretty much sporty chic.

"I love just having fun with Charlie, and her style — well, my style for her — is super casual," says Morgan. "Unfortunately, she has these beautiful, gorgeous dresses that she absolutely has not worn one time because it's like, 'Where are you going?'" She laughs, adding that in the Florida heat (where the family lives) Charlie's go-to is definitely something "white and flowy."

The soccer star's own style follows a similar aesthetic, especially during quarantine. When she's not dressed up for red carpets and events sporting a Hublot watch (her favorites are the Classic Fusion Titanium Purple Diamonds Bracelet and the Big Bang One Click Steel Blue Diamonds), she's been loving comfy matching sets like the rest of us.

However, Morgan does admittedly have one fashion staple that's kind of unexpected.

"Breastfeeding bras are the most comfortable bras in the world, and I have not given them up yet, [even though] I'm not breastfeeding anymore," says Morgan. "I'm like 'I don't care, I'm still wearing them.'"

What can I do about my noisy neighbours who are driving me mad?