‘AGT’ named a new frontrunner when Sofia Vergara pressed her Golden Buzzer. This singer had Simon Cowell taking back his words by the end of his audition!

Jimmie Herrod is the AGT contestant to watch out for after the June 22 episode. The Portland singer takes the stage to perform “Tomorrow” from Annie. Simon Cowell is immediately turned off by the song choice, calling it the “worst song in the world.”

Jimmie’s rendition of the musical classic is gorgeous. He gets a standing ovation from Simon! Simon declares “it’s not my worst song anymore” after Jimmie’s performance. Sofia Vergara says she didn’t like it, which has Simon stunned. Turns out, Sofia was tricking them and actually LOVED Jimmi’s performance. She decides to give Jimmie her Golden Buzzer! 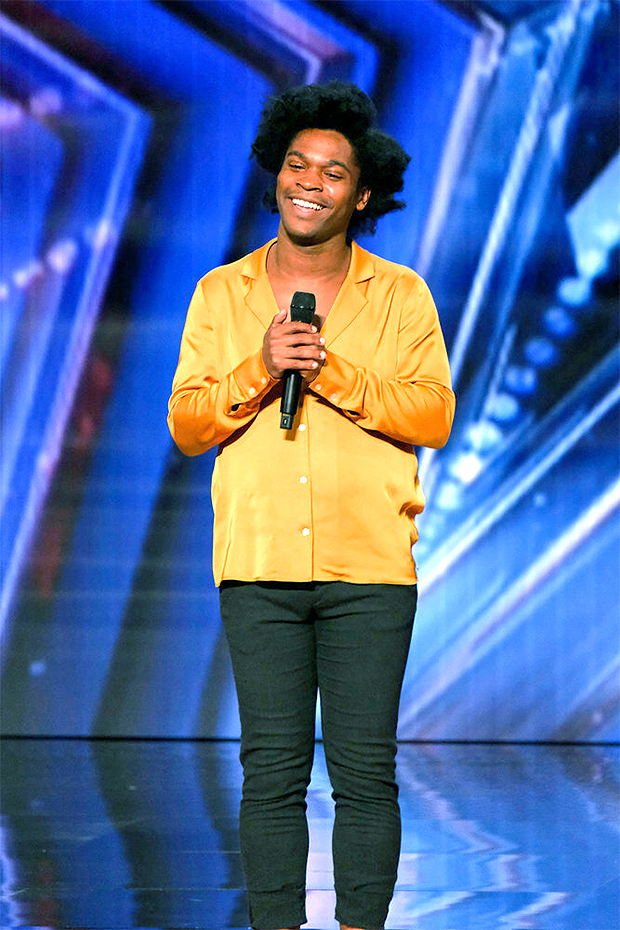 Earlier, the episode begins with Shuffolution, a dance group that’s only been practicing for 3 months. They kick off the episode with so much energy. “We haven’t had this kind of energy this season,” Sofia says.

Brooke Simpson is a singer from an indigenous community in North Carolina. She’s ready to make her tribe proud on AGT. She admits that singing in front of Simon has been her dream since she was 16. She tells the judges that she wants to be the first major indigenous pop star.

Brooke brings out her husband, Ray, to play the piano. She belts out Lizzo’s “Cuz I Love You” and nails it. She gets a standing ovation from the judges. “You have the whole package to be a real star,” Heidi Klum says. Simon even compares her to Kelly Clarkson and Fantasia. 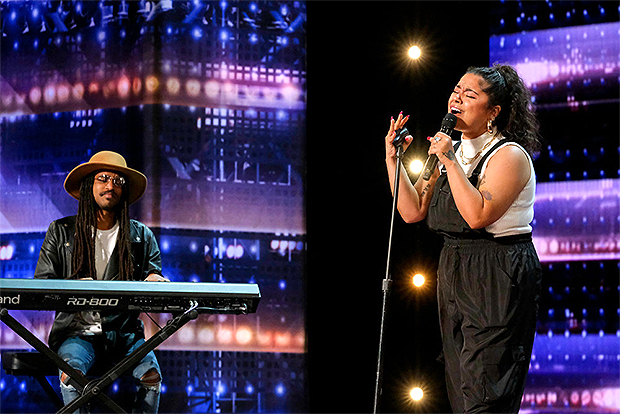 JW’s Inspirational Singers of New York City all come from the Broadway and TV world. They perform a powerful rendition of Cynthia Erivo’s “Stand Up,” complete with tap dancing. Howie Mandel compares the group to an “event.” Simon tells the group, “That was what we call a moment.”

The Amazing Shoji is by far the cutest magician to come on AGT. He’s only 9 years old! He stuns the judges with his act. Shoji wants to be the next Shin Lim, and he’s definitely got the charm to do so! “You’re a wizard,” Simon tells the 9-year-old. When he gets a yes from all 4 judges, he begins to cry!

The Other Direction has dubbed themselves the “world’s gayest boy band.” They met in middle school at show choir camp. They decide to perform their original song “You’re The Best,” and it’s a riot. “I felt the whole thing was fantastic,” Sofia raves. 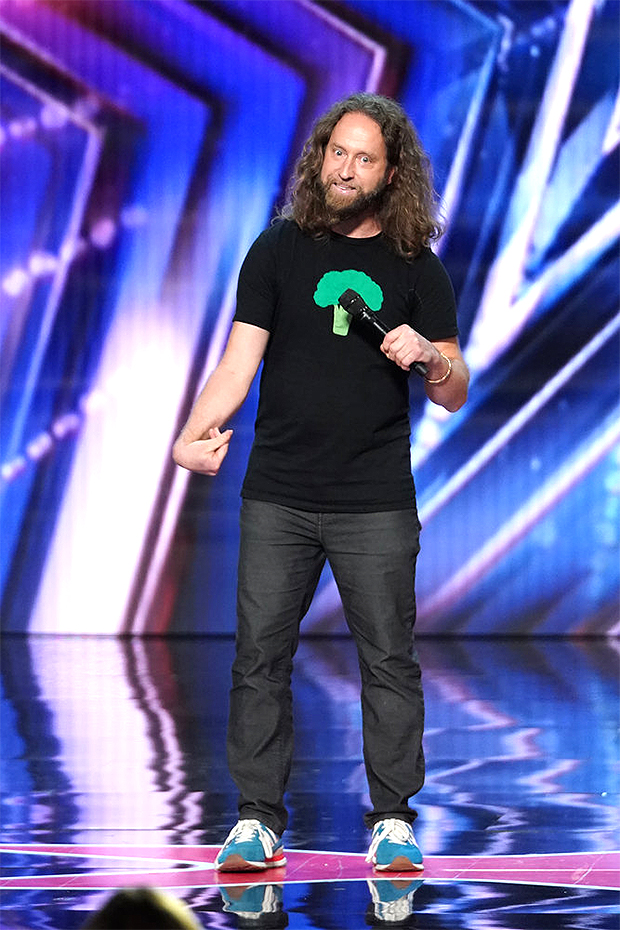 Josh Blue is a comedian with cerebral palsy. His self-deprecating humor is a hit with the judges. “We needed you,” Simon says. Howie gushes that Josh is “like a superhero.”

Danila Bim is unlike any aerialist you’ve ever seen. She does her entire act while being lifted — BY HER HAIR! She keeps everyone on the edge of their seats throughout her entire performance. A stunned Sofia says she’s “never seen that in my life.”

The final act of the night features familiar faces for AGT fans. Ryan Stock and Amberlynn from season 11 are brought back by Simon. They’ve taken their danger act to a new level. They bring Sofia and Simon up to be a part of their act.

Simon has to hold a balloon over his head, while Sofia takes over the crossbow. Sofia is then blindfolded. Simon decides to pull the ultimate prank on Sofia, who is already terrified about what’s about to happen. While Sofia is blindfolded, Simon sticks a fake arrow to his chest and lays down on the floor.

When Sofia pulls the lever on the crossbow, the people around her act like she hit Simon. Terry Crews rushes to Simon’s side, while Sofia is freaking out. Terry tells Sofia that Simon is calling for her. Sofia walks over to Simon. “I got ya,” he says, revealing that he’s very much okay. Sofia is clearly not happy about this prank. “You know I’m Colombian and you know we take revenge,” she warns Simon after the act is over.

It Starts On The Page: Read A Key Script From Season 5 Of ‘The Expanse’