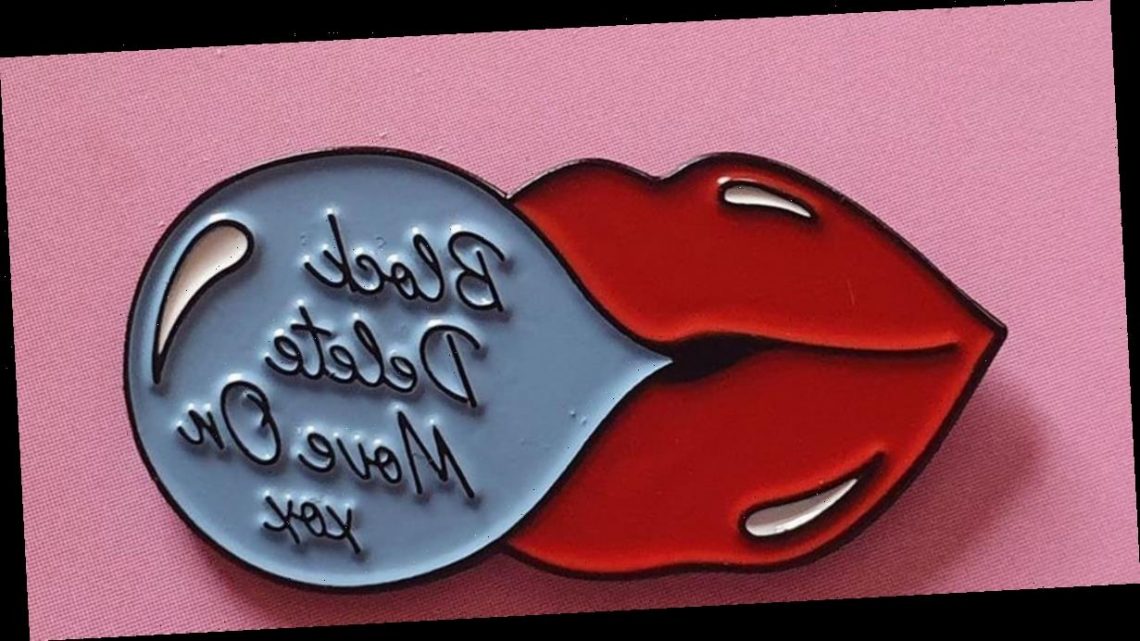 With over 120k Instagram followers, Lala is the anonymous voice helping womankind through every bump in the road. An established sex, dating and relationship educator, she’s had her fair share of relationship drama and shares her wisdom on social media to a loyal army of followers. Every week thousands turn to her to answer their questions, (no matter how embarrassing), and her funny, frank approach to love and relationships has made her the ultimate feel-good guru.

Are you part of The OK! VIP Club? If not, why not? It’s free and gives you backstage access to stories like this, exclusive home tours, special discounts and so much more! All you need to do is pop your email address below! P.s. if you’re already seeing this article in full, congrats – you’re already on our guest list!

Last time I was on the dating apps I matched a guy whose profile said that he was 35. Once we got talking, he informed me that he was actually 27 and that there must be a glitch on Hinge.

After establishing that Hinge was not glitching, the 27-year-old came out with the classic line ‘Age ain’t nothing but a number’ at which point I eye-rolled, face-palmed, and blocked him.

You can't just suddenly decide to be two so that you can get into the zoo for free. Your age signifies which stage of your life you are at.

After pulling up a young guy and explaining that age is much more than just a random number, they usually try to justify their theory by saying: 'I've been through more than most 50-year-olds' as though going through traumatic life events instantly makes you wise and mature. Sometimes it just makes you traumatised.

You are supposed to progress and mature with age, if the twenty-year old man stood in front of you who's telling you that age is just a number remains exactly the same when he's thirty and forty then something has gone very wrong in his life.

I'm not saying that we shouldn't give people a chance if there's an age gap, it has to be based on the person and your connection with them, but if they believe that age is an irrelevant thing that bears no relation to who we are as people then I think they have some growing up to do.

A younger person trying to persuade an older person that they are mature is one thing, but things become more sinister when it’s the other way around. When much older people are consistently seeking out much younger people then, dependent on the ages of the people, it becomes more concerning.

58-year-old Wayne Lineker has recently been on E4’s ‘Celebs Go Dating’ looking for love. He matched with a thirty-one-year-old contestant, despite the fact that she was twenty-seven years his junior, he expressed concern that she was “older than the girls he usually goes for.”

He told one of his celeb housemates, “She’s 31. I’ve never been out with a girl above thirty in my life," before turning his attentions to a 25-year-old woman.

Last year a Reddit user created a graph showing a timeline of Leonardo DiCaprio’s dating history. Every single woman he has ever dated has been under the age of twenty-five, in fact twenty-five is rather old for him.

Age gaps between greying old men and much younger women have been normalised and glamourised by Hollywood and the media.

We have come to accept that rich older men want young girlfriends, but we are less accepting when it happens the other way around. A woman who dates younger men is referred to as a cougar, but we don’t have an equivalent term for men who do the same (although apparently Manther is used in some circles).

A cougar suggests that she is a predator, ready to pounce on and eat her innocent prey. Yet we often refer to men as sugar daddies (if they are wealthy) – which suggests that he is a kind and caring provider.

The term also serves to blame the younger woman because it ties in with the whole gold digger narrative, that the young woman is actually the predator who is using the man for his money.

Age discrepancies (7 years or more) are a common factor in abusive relationships, with the perpetrator usually being the older one.

Couples with an age gap larger than 15 years are at a particularly heightened risk for serious violence and murder according to studies looking at homicide and domestic violence (Garcia et al 2007).

Dominance, power, and control are often a feature in relationships where one partner is much older than the other. It is easier to exert superiority over someone who is young enough to be your child than it is with your peer.

An indicator that someone might be potentially abusive is if there are patterns to their behaviour. A forty-year-old who meets a twenty-four-year old on a night out and really clicks and falls in love, but whose previous partners have all been their peers, may not be problematic.

But if the person solely dates people who are significantly younger than them, then they are showing predatory tendencies. It suggests that they seek to control and have power over their partners.

Narcissism is also a big factor, they want a ‘trophy wife’ on their arm so that their mates pat them on the back and congratulate them for bagging a hot young woman. They love the fact that people look at them and think this guy must be loaded to have got her.

The topic of age gaps in relationships is a pretty nuanced one but there are some parts where there are no grey areas.

The age of consent in the UK is 16. If a person is below the age of 16, they are a child. If they’re below the age of 18, they are still a child in the eyes of the law. And despite the fact that when you’re 17 you are a young woman/man, any adult in their early-twenties or older who engages in romantic/sexual interactions with any young person who is still in their teens, is problematic in my opinion. They are literally teenagers.

I also think it is a red flag when someone in their late thirties or forties dates someone who is under 25.

Whenever I say this on Instagram, I get DMs from women who met their husband when they were 19 and he was 45, letting me know that they lived happily ever after in a healthy marriage. But I get triple the number of messages from women telling me that they wish they could go back to their 20-year-old self and drag her out of the relationship she was in with an abusive older man.

So, whilst there are always going to be examples of people with large age gaps who have healthy relationships, a big age gap can often be a red flag, especially if the young person is under 25.

Age gaps close as people get older though. Whilst there is still evidence that the risk for domestic abuse is heightened, a person in their mid-fifties dating someone in their mid-thirties is different to dating under twenty-fives.

The point is that, if you’re an adult, dating above or below your own age is not guaranteed to be problematic, but there is big potential for it to be, and it is certainly more likely to be if the older person is someone who frequently dates much younger people.

You change as you age. You’re not supposed to be in the same place as a 50-year-old when you’re 25.

Age is way more than a number, it signifies your generation, your cultural references, your life phase and your experiences, so be wary of those people who tell you it’s irrelevant, and even more wary of those who intentionally seek out much younger people.

Thank you for signing-up as an OK! VIP member!